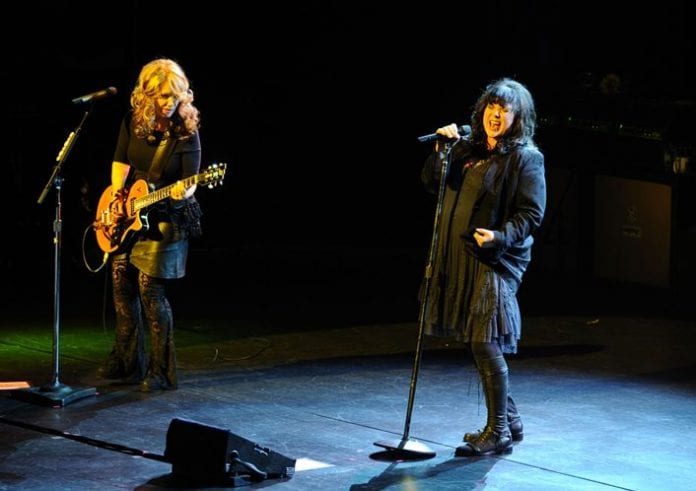 The ribs and other kinds of food weren’t the only things cooking at Vinoy Park in St. Petersburg, Florida during the middle of a weekend event called Ribfest.

For it was on this mild, somewhat breezy Saturday, November 10 that the night’s headline act and a special guest served up lots of tasty musical morsels in front of a packed house of possibly 10,000 or so.

Ann & Nancy Wilson, and their band known as Heart–the rest of whose current lineup are guitarist Craig Bartock, keyboardist Debbie Shair [both since 2002], bassist Dan Rothchild [the newcomer, who joined just this year] and drummer Ben Smith [since the mid-1990’s]–brought it like they’re expected to.

A nice five-song blitz opened the evening for Heart, beginning with the title track of their latest album, “Fanatic.” followed by classic favorites “Heartless,” “What About Love” and “Mistral Wind,” followed by another of their new tracks, “59 Crunch.”

After Ann acknowledged the crowd, they went into their 1980 hit “Even It Up.”  When another breeze started blowing around after that particular song ended, Ann commented that it was like she was feeling her second wind.  They then went into their 1978 hit “Straight On”, which Ann introduced as the kind of song where “you get to move your spines and butts.”

The middle of the show, as has been the case with Heart the last decade or so, has always been when they get to slow it down.  As Ann explained, it’s when they get to show their “heart” to go with their “soul and muscle.”

Leading off that mid-section was the title track from their 1978 album “Dog and Butterfly,” after which they bring out Shawn Colvin, of “Sunny Came Home” fame, for a few songs.  Ordinarily, Shawn would’ve been the opening act, but in an interesting twist, the sisters have her lend vocal support for yet another of Heart’s new tracks, “Walkin’ Good.” Then, Shawn got to trade vocals with Nancy on Heart’s 1986 chart-topper “These Dreams,” complete with a mandolin moment from Nancy.

While the rest of Heart took a break, Ann, Nancy and Shawn had the stage to themselves for the next couple of songs.  First, with Shawn and Nancy on acoustic guitars, Ann vocally helps out on “I Want It Back,” from Shawn’s 1996 album “A Few Small Repairs.”  Then, the three did a cover of an obscure song from Elton John’s early days, “Friends (Never Say Goodbye)”.

Once Shawn left the stage, the show went on with a stripped-down version of Heart’s 1987 chart-topper “Alone.”  Then, as Ann introduced “Dear Old America” and how it was written with her and Nancy’s Marine Corps father in mind, as well as her imploring that the troops come home, you had the sense that the timing of that song was just about perfect, given that it was on the eve of Veterans’ Day.

Then came what could be Heart’s “holy trinity.”  The first part of it was “Crazy On You.”  It cannot be enjoyed enough without Nancy’s acoustic solo prologue, followed by her letting out a kick during the intro.  After that was “Barracuda.” Not only was it cool that Nancy got to do that classic song’s “gallop intro” to start, but as it wound down, I noticed that the guitar she was playing sported a sticker with the United States Marine Corps emblem.  It goes hand-in-hand with what I mentioned earlier about “Dear Old America.”

After a short break, the encore led off with the third part of that Heart triumvirate, “Magic Man”; then, to end the night, as they have often done, they channel Led Zeppelin once more, with “Black Dog.”

I don’t know whether seeing Heart live is just as good the 8th time for me as it was the first time back in 1977, but why should I complain?  Heart is one of my all-time favorites, they’re a class act, and they deserve that Rock & Roll Hall of Fame induction next year.

I attended the Heart concert in St. Augustine, FL on Friday, Nov. 2 at the St. Augustine Amphitheatre, which I must say is a great venue.  It was a sold out crowd at 4,000 and the weather was perfect that evening with a slight, cool ocean breeze.  The show opened with Shawn Colvin playing solo some of her most popular tunes from albums “Polaroids,” “A Few Small Repairs,” a cover song by Tom Waits, and her final song All Fall Down from her new album “All Fall Down.”  Shawn joked about her song style and said, “It’s my job is to bring it down before the rock and roll comes!  You’re in for a great show with Heart!”

When Heart entered the stage, the crowd exploded in applause.  The set list was pretty much the same as the Ribfest concert with the exception they added the song “Mashallah” from their new album “Fanatic.”  Ann said, “With all the stuff going on in the world today, I say let it be…tonight we’re gonna rock!”  And….rock, they did! 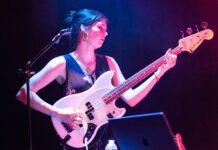 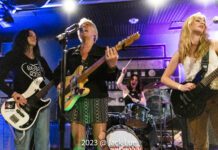