Written by Brielle Brown, and produced by her Grammy-winning husband Marc Swersky, the track was engineered by Tony Black and Mike Rachlin, mixed by Tony Black, and mastered by Leon Zervos.

Describing herself, Brielle shares, “I’m a mother, lover, writer, artist—I have my good days and my bad. I live somewhere in between the proverbial swinging pendulum. But let’s be honest, these days I spend most of my time using various methods of creative bribing to get my kids to eat a carrot or log onto a virtual class.”

Explaining “Concrete Stars,” Brielle says, “‘Concrete Stars’ was the first song I wrote for my debut EP, The Well, to be released in early 2021. It was the first to record and finish, so it felt fitting that it was the first to release. This song in particular is about the balance of opposing forces in life. It also questions linear time. If time as we know it is not an absolute truth, then what really happens when we say goodbye? Does anything ever really end… do we?”

Talking about the EP’s genesis, Brielle says, “This body of work came a bit later for me in life than most recording artists and I give my kids the credit because being a parent really makes you want to start to create your legacy. I’ve happily spent the past decade focused on artist development, guiding other singers and entertainers through the beautiful yet confusing world of artistry.”

With her music featured on networks like VH1, ESPN, ABC, CBS, and NBC, Brielle recently signed with Sweets and Pop Music.

Once “Concrete Stars” was recorded, Brielle “worked with a group of amazing women (some of whom I’ve never met in person) for the visual content for this song. I’d love to see if I can make it a theme for the entire EP. I love women supporting women and I think now more than ever, we need each other to lean on.” 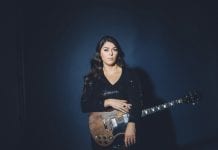 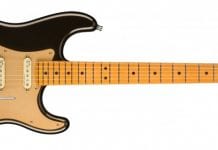 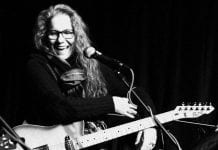