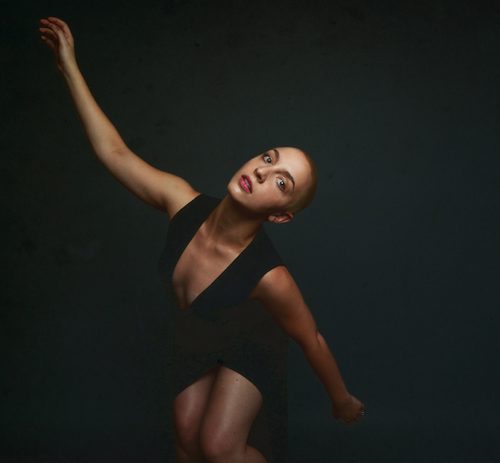 A good, well-crafted story is hard to beat; but what exactly makes a good story?  Is it a tale of heartfelt emotion relating to one’s own history, or is it a riveting ruse of fiction?  Well, the answer is easy … both.  So why is it that many singer-songwriters fall short on that easy equation?  It seems that the ones out there winning Grammys and the approval of the masses are more concerned about just the beat, and the lyrical representation is an illiterate adverb on repeat.  If you have ever heard the “Thong” song, then you know I don’t need to say anymore.  Well, one artist’s lyrical story is forging a new level of what song writing can be, all the while being set to a rhythmic beat that is just as enticing, and she is ready to tell you all about it!

Growing up in Georgia, a stint in Boston, and now a New Yorker; the artist known as Hite is forging a new path for herself; all the while reflecting on her past.  A history deep within herself is being reborn to a fresh sense of reality.  Julia Easterlin, as she is more commonly known, has a well-known reputation for creating a level of music that can draw you deep within its multi-layered beats and looping rhythms.  Then comes Hite, a being that was lurking just below the surface of Julia waiting to let loose to tell a story that was always ready for the world’s ear.  Being a middle name courtesy of her grandmother, Hite is exploring new boundaries of craft and creation through new instruments, and delving deep within the memories of her mind.

Julia (Hite) has released a new album titled Light of A Strange Day with the production assistance and expertise of Shahzad Ismaily (Lou Reed, Carla Kihlstedt, Marc Ribot, and Sam Amidon) to the applause of critics and fans alike.  Looking back at the Appalachian folk music of her home region, this album is carrying on a time-honored tradition by a voice, a strong voice, a performer’s voice… a WOMAN’s voice!

I had the chance to ask a few questions of Hite (Julia Easterlin) about story-telling, the world of music, and where she is going.  Take look at her responses and ponder your own history having a strong hold on your new and ever evolving story.

SixX-  Do you think the practice of story-telling is a lost art in modern music?

JE-  No! I think the practice of story-telling is alive and well. The method looks and sounds different across genres, but each approach to storytelling is not only equally valid but equally vibrant and important! A songwriter like Anais Mitchell (one of my all-time favorites) does a masterful job of telling timeless stories in a traditional form. Guitar, vocals, obviously influenced by folk greats, pulling from literature and her own heartfelt genius. AND Common and Kendrick Lamar tell stories about the experience of just existing as POC in the US. Ariana Grande tells stories about being super into a crush, and so does Anais Mitchell. Britney Spears tells stories about feeling bombarded by the media (see: “Piece of Me”) and Tank and the Bangas sing/write/perform about heat, food, love, the lifting of the human spirit. When someone says storytelling is a lost art, I always feel they’re discounting stories that fall outside of a long-established, fairly homogenous, mostly folk-informed, and very white understanding of “story-telling,” per se. There is no dearth of story, no lack of the telling of it; it is not lost, it is thriving and more varied than it has ever been.

SixX-  With your music in the new album, you seem to be musically recounting various stories and events throughout your life.  Why is that?

JE-  What else is there to write about?! You gotta write what you know, mostly. Maybe one day I’ll feel big and bold enough to write an album about the earth or the human body or the galaxy or my mother, but so far what feels most immediate (and most honest) is a radically vulnerable recounting of intimate personal experiences.

SixX-  Your music seems truly personal; do you think that there might be a problem with artists nowadays expressing an honest /real expression in their music?

JE-  Being honest is hard in general. And I don’t mean ‘not telling lies’ – I mean being truly open and expressing what you really think, without fear or shame or judgement towards yourself. SUPER HARD! And so worthwhile. And often cringe-worthy. And usually a relief. Being honest about who you are in the things that you make can be the most challenging after it’s done – because then you have to SEE it. You have to look back at yourself and hear/feel/recognize the parts of you that don’t fit into who you wish you were and what you want to show everyone else. And you will probably want to set it on fire or bury it in a mound in the back garden or jump off a cliff. But those aren’t real options. You have to love your developing self so that you can have a nice life and enjoy a sandwich.

SixX-  Now within this new album and musical expression, you seem to be playing with obvious contradictions between music and lyrical themes.  There is a lot of juxtaposition within the songs.  What caused the opposing sides?  Was it intended or did it happen organically throughout the recording process?

JE-  The process of making this record was very organic. Any departure away from (or growth out of) old ways of doing things is directly related to the natural ways in which I’ve changed as a person over time.

SixX-  You used a really complex layering of sounds and auditory impressions in this collection of songs.  Were the layers representative of something closer to home, such as the various twists and turns within a telling of a personal story?

JE-  I just went all in with making all the sounds I wanted to make on this album. I wanted to create a lush environment for the listener and for myself. And so here we are. It was a swing of the bat, and in some spots it hit; in others it may have missed. Learning!

SixX-  You played a bunch of instruments on this album.  You even wore a few new hats that you hadn’t before on your own recordings.  How difficult was that for you?

JE-  It wasn’t difficult to do; it was more difficult to believe that I could before I actually did it. Needed some pushes from people I trust. I’m lucky to have such an amazing community of musicians around me who make me feel safe in trying things I’m not sure I know how to do.

SixX-  Did you come out of this experience with a new mindset?  Will you do it again?

JE-  Yes and yes. I feel like I’ve gotten my land legs back after a long period of debilitating self-doubt. I will make albums, Yes, Yes, Yes.

SixX-  Do you think it changed your original concept of what you wanted to do on this album?

JE-  The plan always included my playing instruments, and the record was always (inevitably) personal.  Playing instruments was natural and necessary; I was overwhelmed from an insane year and needed to do the work as independently as possible.

SixX-  You pulled influences from various places and artists on this offering, one being J.D. Salinger’s work.  How much has literature influenced you in the past?

JE-  Literature has influenced my writing a lot! It’s wonderful fodder for new ways of thinking about language and its inherent musicality. Movies are amazing for exploring tone.

SixX-  Do you think it is something you will continue to explore for your lyrical story telling?

SixX-  Residing in Boston myself, tell me about your experience in this city known for a wide musical pallet.  How has it shaped your music?

JE-  I’m not sure that I can quantify Boston’s influence on my music directly, but I love Boston as a town. It’s exactly the right size, the biking infrastructure is superior to that of Brooklyn, and it’s full of people I love.

SixX-  Touching on your use of the performance name Hite, this came from a female family member correct?  How has it inspired your musical journey now using this namesake and legacy?

JE-  Hite is my great-grandmother’s maiden name and also my real-deal middle name. I just wanted a fresh slate.

SixX-  Being a woman in this musical industry, what do you feel are the biggest hurdles for other women taking on this artistic path?

JE-  The biggest hurdle for me has been believing that I can do something I don’t see other women doing. One must do. Do it scared.

SixX-  What is your advice for younger female generations pursuing this path, this dream?

SixX-    What is next for Hite…for Julia? 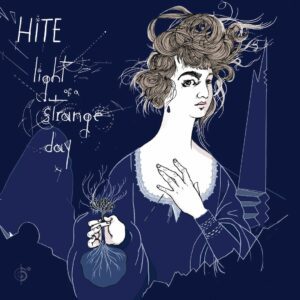 For more information on Hite and Light of Strange Day, visit her website HERE.