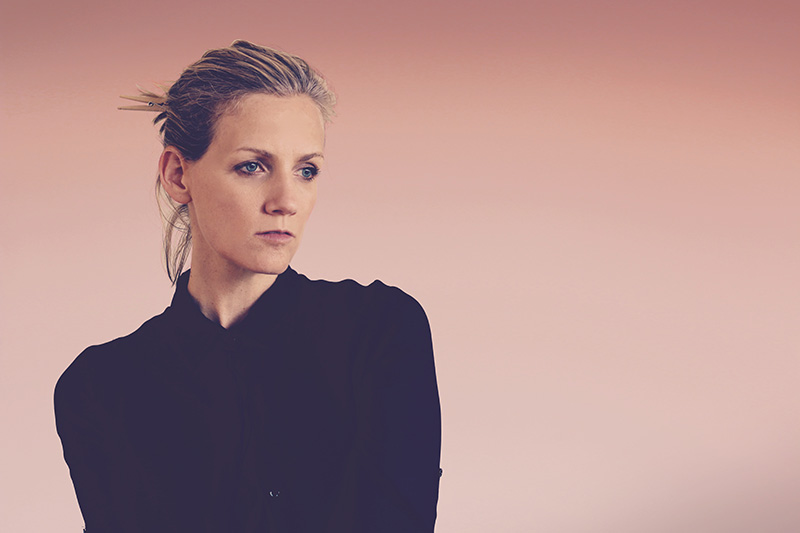 Singer-songwriter, Katie Herzig, has just released her highly anticipated new and sixth studio album Moment of Bliss, out on March 2. Her music has been featured in a variety of films, television and commercials. She has also collaborated with several musicians, including the group Ten out of Tenn, with most recently and recurring, Ingrid Michaelson. With our exclusive interview, Herzig talks about Moment of Bliss, her work with Michaelson, her songs that are extra special, and much more.

Guitar Girl Magazine: Moment of Bliss is finally out! Yay! This album has been a long labor of love; how does it feel to let the world hear it now?

Katie Herzig: It feels amazing. This one in particular was a long time coming, a lot of life happened in between the recording of this album so it just took a long time to finish and to put out. I think now that it is out, it feels not only great to share it with my fans and hear such great feedback, but also on a personal level, to finally see it through, cross that finish line of releasing it… and get to move forward knowing I poured all I could into this record. It’s satisfying.

Guitar Girl Magazine: What was the recording and writing process like for Moment of Bliss?

KH: A lot of these songs I started on my own in my studio, writing songs and building tracks as I went. After I spent a good amount of time exploring and writing I would share it with my co-producer Cason Cooley and together we would finish the tracks and take them to new places. Some of the songs were co-written with Cason around ideas we stumbled upon in the studio, and a couple were co-written with outside writers, artist friends of mine — Trent Dabbs and K.S. Rhoads. It all happened spread out over the course of a couple years, how these songs came to be.  But I liked having that kind of space in between sessions where we could come back with fresh ears.

Guitar Girl Magazine: You previously worked with fellow friend and musician, Ingrid Michaelson, on her last two albums, and you’re currently working with her on her new one. How’s that going, and how did that connection come about?

KH: I met Ingrid years ago at one of her first shows in Nashville at 3rd and Lindsley and introduced myself because she and I were both working with the same music licensing company.  But a musical connection really started to form when I happened to be mixing my album The Waking Sleep in New York several years ago and she was working on her Human Again album with David Kahne down the hall… she became a real fan of that album of mine so when she started writing for her Lights Out album, she got in touch and we co-wrote for that. Since then Cason Cooley and I have written and co-produced several different songs of hers. We are currently working with her on her Stranger Songs concept album. In the midst of that now. She is a joy to work with.

Guitar Girl Magazine: Your single “Lost and Found” has resonated with people, having over 5 million spins on Spotify alone and counting…did you ever think it would be as big as it is, and how special is this song to you?

KH: “Lost and Found” is one of those songs that hits the sweet spot of meaning so much to me personally and it resonating with others and it’s been licensed for many different film and tv uses. I honestly didn’t see it coming. That song gave us a lot of grief along the way as we recorded and produced it and we just didn’t realize that it would become one of the more important songs of my career.  So when it started to get a lot of traction it was an amazing feeling.  I wrote it before my mom passed away when she was in the midst of her struggles with cancer and side effects of treatment. It was an existential exploration of  imagining what it might be like to lose her. She passed away very soon after that record came out and I think “ most and Found” was her favorite on the record if I recall. So yes, it’s very special to me.

KH: I am in the midst of a couple different collaborations including the Ingrid one and I am super eager to get back in the studio on my stuff. Since this record took so long to get out, I have a lot of creativity that needs to get out! But yes we also are in the midst of booking a tour for later this summer. I wish I could announce dates but they aren’t finalized. Stay tuned!!