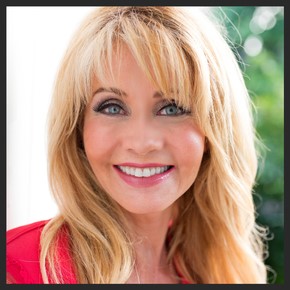 When Irlene Mandrell walked into Guitar Girl Magazine’s media booth at CMA Fest, her electric positivity and genuine kindness instantly crafted a comforting environment within the small space. Happy to divulge insightful tales of her family’s incredible musical past, it is difficult not to get slightly overwhelmed by the immense amount of music history Mandrell has experienced first-hand.

Bandmate and youngest sister of Barbara Mandrell, musical prodigy, and outrageously successful country artist, Irlene has proven to become an inspiration in her own right. As one of the first commercially significant female drummers, Irlene aided in establishing women as talented, versatile, and proficient musicians. In the present day, Irlene is a celebrated author, who continues to produce meaningful music alongside her husband and children, successfully maintaining her family’s long-standing musical tradition.

It’s really cool for me to see a lot of changes over the years. I actually was at the very first Fan Fair. My sister Louise and I were playing in Barbara’s band, the Duets, and we were helping her in her booth. I remember it was a theme of Midnight Oil, and we were dressed like oil people with little hats! They also used to have a thing called the DJ Convention. I used to go there; never really thought that that would end and Fan Fair would get to be so big.

You’re obviously from a very musical family; what music did you grow up listening to that inspired you to then become a musician?

We listened to a lot of country. My dad actually sang and that’s how he met my mom. My mom was in a church in Illinois where she would play piano. My dad was an evangelist, and he went to that church to sing. From there on, we were always associated with music. My mom taught Barbara to read music before she could even read. Barbara was kind of a musical prodigy. She would play and demonstrate steel guitar when she’d only been playing for three months. She then took up saxophone in junior high, but they had to move her up to the high school band because she was so advanced. Barbara was then hired, as a teenager, to play in my dad’s band. My mom played bass in the band, and Louise and I stayed with my aunt and uncle. We had just started learning instruments – I was learning the drums. Louise said we’d better keep these up if we don’t want to get left behind! So, I feel it was more than just being inspired. I love music, and I wanted to be a part of that.

I love that you began playing drums at such a young age! What made you decide to learn the drums?

It was absolutely the only instrument left! They needed a drummer, and I felt like I needed to play drums if I wanted to be a part of everything.

Were there many female drummers around during that time?

The only one I eventually heard about was Karen Carpenter. I was blown away by her drumming. A lot of female drummers now!

You must have inspired a lot of people since there weren’t very many female drummers at that time!

I have been told that! It feels amazing. I also went on to play vibes, and then on to mandolin.

What other female musicians did you look up to?

Well, time flies so fast, but it was only five years ago that Barbara got inducted into the Musicians Hall of Fame. I went, and they put a video together of some of her years on stage, and it included all of her different instruments. Even though I remembered how great she was, I hadn’t seen her perform in years; and as the video played on, I thought, oh my gosh I forgot just how amazing she was! Louise is such a great fiddle player, too. It’s always been them; but not only as musicians but as entertainers. That’s one thing my dad always said that when you’re on stage, don’t look like someone could play the record and just have a picture of you. Be an entertainer and make a show. I was always very proud.

Currently, you perform with your own children! How has that experience been for you?

You know the feeling I got with the sisters was so great. I hate to compare, but it’s hard to compare anything to getting to perform with your kids. It’s amazing! We are so close. My girls, they treat me like a sister. They’re funny. They’ll show people old cuts of – I did Texercise back in the day, and there was a part that goes, “Say no with your head.” They love making fun, and we have a great time together. They sang some on the cd, and my son sang and played the drums on a few on the songs. I think it’s cool because I made him take saxophone in middle school. He wanted to drum, but I wanted him to play a lead instrument to start with and learn how to sing through playing a wind instrument. He didn’t like it, and one day he said, “Mom, will you just show me some things on drums?” So, I did. Everything I showed Derek he could just instantly play. I do think some of that is due to having played another instrument already, but he became an incredible musician. We are playing a Christmas show together that we just booked on December 15th down in Florida.

Do you feel that their musical talent is due to genetics or was it being surrounded by music from such a young age?

I know with Barbara, she always said she practiced all the time; but still, I don’t care how much you practice, after three months you don’t play steel guitar. Louise is also so talented. We worked so hard to prepare to be in Barbara’s band, but she (Barbara) at 18 went overseas to perform. She then got married and said she was retiring! But when she came to visit us in Tennessee, and she and Dad went to the Opry, she said she couldn’t take it and needed to be up there (on stage). So, they moved to Nashville. Shortly after that, Louise and I went on the road with her.

What exciting stuff do you have coming up that your fans can look out for?

I’ve got the Christmas special coming up in December in a town just outside of Orlando. We’ll be posting more about that soon. This year has been the best year because to me it’s about God, family, and country. I wrote a book that I always wanted to write but I never really sat down and got it done until this year. It’s called God Rains Miracles. The stories are about miracles that have been happening within my family over the years. As I began to write, people who didn’t know anything about the book would begin sharing their own personal experiences with me, and I would ask if I could use them. I do a page called “Irlene’s Insight” that describes who the person is and how I am connected to them. Everybody has miracles around them all the time. Some people don’t consider them to be miracles, but if you just listen to the stories, you go, ‘How could it be anything else?’ Writing that was a blessing. For the past two years, my husband, who is a producer, and I have been working on a patriotic album. It came out this year. It means a lot to me, and I think the reason we thought about doing it is that we’d like to have a charity event. Add a 19-month-old granddaughter to the mix, and it’s the best year ever!

So, you can get the album Thanks To You now; where can people find God Rains Miracles?

I am selling the book through my website at irlenemandrell.com.