Home Interviews Sarah Lawton at CMA Fest: I am a big fan of... 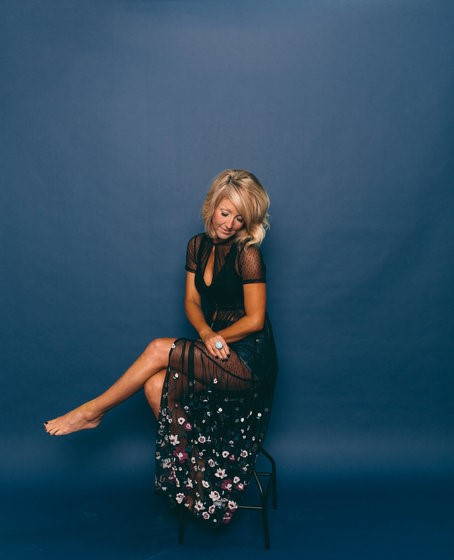 UK native, Sarah Lawton, left home in 2011 to journey to Music City in an attempt to pursue her dream of becoming a successful country music artist. Raised in a family of non-musicians, Lawton’s talent appeared at a young age and is something she feels was always instilled within her. Inspired by the many outstanding women within country music, Lawton is prepared to tour the US and promote the music she writes based off of her own relatable human experiences.

I’m loving it! This is the first one I have really gotten to experience even though I’ve lived here for three years. I’ve always been out of town performing before.

What was it that inspired you to pursue music?

It’s always hard for me to answer that question because it was something that was always just in me from a young age. Also, there’s really no one else that is musical in my family. My parents did buy me a little keyboard when I was about eight or nine, and I’d just sit for hours and hours playing and attempting to write my own music. It was my singing teacher that got me into country music. I’d listen to Martina McBride, Dolly Parton, Trisha Yearwood, and from there I fell in love with country music. The lyrics, the stories, there’s just so much more depth in country music than any other genre. I instantly connected with it. I started writing and traveling around back home in the UK to perform. But, as soon as I came to Nashville, I just knew that this is where I needed to be.

I read that you used to partake in musicals; how would you say that influenced your career?

I got to be Molly in Annie the musical, and it was a professional touring show in England. That’s when I really got the bug for performing. I just knew that I loved it and that it was for sure something that I wanted to do.

Were you always comfortable in front of audiences?

No, that is something that I still struggle with from time to time. It’s kind of me as a person. I’m quite shy, but when I’m on stage, it forces me to overcome that fear. I love to sing so much, but I don’t naturally love everybody looking at me. So, it is hard, but I just have to get over it since this is what I want to pursue.

You spoke a bit about the keyboard; do you play any other instruments?

I actually started off on the clarinet. I was a school geek. I was in orchestra and band. I went from the clarinet to bass clarinet. I can remember being 12 years old and bringing this huge instrument home; it was honestly bigger than me. My dad thought it was amazing. But, it was always mainly the piano that I truly loved and felt at home playing. I could kind of just forget everything and create.

Could you take us through your writing process and from where you pull your inspiration?

It’s different for every song. It’s always something that I can connect with, something that I’ve personally gone through, or someone close to me has gone through. It could start with a cool song title or a lyric. I have a folder in my phone of all of these ideas. For instance, “That Cigarette” which is on the EP, that title was something my friend was talking about with me one day. We were talking about exes, and she said the relationship was kind of like a cigarette. I just felt that it was a great idea for a song! So, I wrote it down, then went into a co-write with the idea. “Diamonds in the Dust” was kind of this idea that no matter who you are, everyone is great at something. Everyone has something to offer whether you’re a singer, a nurse, a teacher; everyone has a gift. I really wanted that song to relate to everybody.

For people who might have never heard you before, how would you describe your sound?

I have so many influences from Shania Twain to Trisha Yearwood, all the way to Stevie Nicks. I hope that they can hear the country in the music, but also my English influences. The Annie Lennox, the Chrissie Hynde. I am a big fan of female empowerment. I never want to bring girls down. It’s all about bringing girls up. If they can relate to the music, hear the message, then that’s the main thing for me. I’ve been that girl who’s been a million miles away from where she wants to be, feeling like I’m never going to get there. But if you work hard, meet the right people, and persevere, you’re going to keep progressing.

How do you feel your UK roots influence your country music sound?

At first, when I wanted to come here, I thought that they would never accept a girl from England. It’s going to be so hard. I tried to do different things since as a young girl you get steered in different directions, but I always came back to country music. It was the last time when I tried to do something different that I knew I just had to do what was in my heart. Pursue what I feel strongly about. When I stuck to that path, is when things started to happen for me.

What can fans look forward to from you for the remainder of the year?

I’ll be releasing another single and shooting another music video here very soon. I’ll be performing every week all over Nashville, a lot at Tootsie’s. We’ll be traveling around and doing a lot of out of town gigs as well. Dates will all be on my website. I’ll also be doing a lot of writing and really pushing this new EP. Hopefully getting more and more people to hear it!