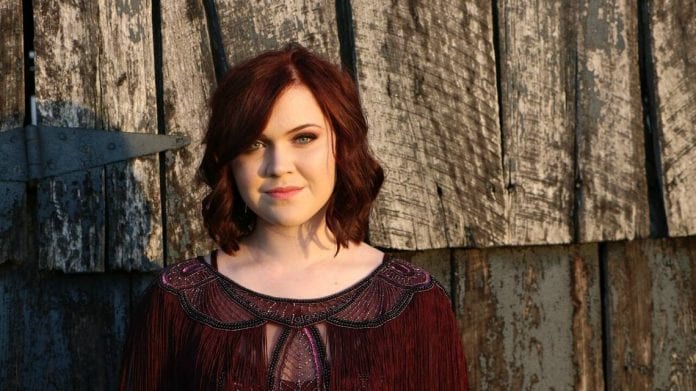 Kentucky native Rhyan Sinclair released her debut album, Barnstormer, last month which has a great classic country sound full of twang, heavy with guitar and bluegrass instrumentation. The album was recorded both in Nashville with Sean Giovanni at The Record Shop and in Lexington, Kentucky with Jason Groves at Sneak Attack Recording Co.

At the young age of 17, Sinclair has already accomplished quite a bit. She started a band All The Little Pieces at the age of 11 with all adults performing what they described as a combination of roots country, jazz, and blues. Over the years, they toured all over and released three independent, self-produced albums with Sinclair writing all of their original music.

Drawing upon influences from the 1987 album Trio, recorded by Emmylou Harris, Dolly Parton, and Linda Ronstadt, Sinclair felt herself being pulled in the direction of classic country music. With that, Sinclair launched her solo career and started writing songs with a desire to connect personally with listeners. The end result is the 14 song debut album Barnstormer.

“I hope people know that I can be counted on to share raw emotions, whether it’s heartbreak or joy,” she says. “I just want it to feel as real and intimate to someone listening to the album as it felt to me when I wrote it.”

You have been writing and performing with your mother Toni Karpinski since you were 11. Tell us about your how you and your mother began your musical journey.

I started singing with my mom in church when I was around five and sometimes my Nana would sing with us, too. I can’t remember a time when we weren’t singing. I started the band, All the Little Pieces when I was 11 and it was more roots country, rock, and blues. My mom didn’t sing with the band back then, but she managed the band and did the booking. When my writing started going in the more Country/Americana direction, the music really begged for harmonies and that’s when Mom joined the band.

How do you and your mother approach the songwriting process? I read where you like to write on an acoustic guitar, but that your lyrics come to you while riding in a car.

My process is a little different for each song. It depends on what comes to me first, a lyric or a melody or a guitar riff, whatever the idea may be. I’m most lyrically inspired while riding in the car from place to place because that ends up being a quiet time to reflect on life and decompress between things. It’s hard for me to force a melody though, I kind of have to wait for inspiration on that. I don’t really have one method, I’m pretty random and I like to let inspiration lead. Before Barnstormer, I had never co-written, and my mom had never written. When I got a little stuck on a song last year, I asked Mom if she’d want to try writing on it with me. We’re super in sync, so the writing dynamic worked out so well. That song ended up being “Barnstormer.” We also ending up writing another song together on the record called “Kentucky Night Sky.” 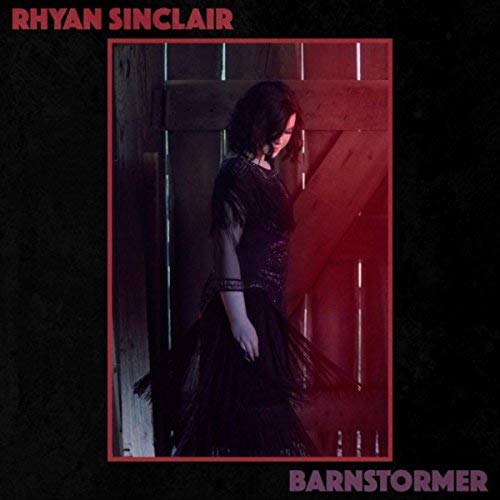 Your solo debut album, Barnstormer, just recently released. It’s got a great classic country sound full of twang, heavy with guitar and bluegrass instrumentation. Tell us about the musicians that joined you on this album.

Oh my gosh, there were so many, and I was just so fortunate to get to work with all of them. Being a solo album, each song had a different ensemble and that was so cool. Jeff Binder and Dave Grigsby played bass and drums on the majority of the songs. Sherri McGee, who I had worked with in my band, All the Little Pieces, added drums and spoons to a few songs, along with her son, Harlan Cecil, on guitar. Lillie Mae played fiddle and sang harmony on a few and I’d been wanting to work with her for quite a while. We had so much fun in the studio. Eliza Doyle, who is touring with The Dead South, added banjo to a few. We opened for them last year and I just love her playing and her style. Her personality is so fun and positive, and I loved having that energy on the album. Fats Kaplin had played on my last album and I was so happy he was able to add his magic on pedal steel, mandolin, and accordion to this album. Watching him play is such a joy. My mom sang harmony on a lot of the songs. Some of my favorite Lexington musicians also joined us. Ryan Allen of Magnolia Boulevard played pedal steel, dobro, and keys; Whitney Acke and Ray Adams joined us on some harmony and group vocals. We also were able to get Jeff’s daughter, Catherine, in on the group vocals and that was fun. Lots of girl power on this album. The two songs recorded in Nashville at The Record Shop have an amazing list of musicians on them.

The album is influenced by the 1987 album Trio, recorded by Emmylou Harris, Dolly Parton, and Linda Ronstadt. When and how were you introduced to these wonderful iconic musicians?

I had been listening to a ton of Dolly and I went searching for the Trio record on vinyl. When I finally got it, I just kept spinning it over and over again. I was super in awe of it. Those songs that had been passed down from decades before and their harmonies…it’s just so pure and true. Then, I really delved into the ladies’ individual material. They are a huge source of inspiration from me, as the Trio or individual artists.

What other female musicians have had an impact on your songwriting?

Maria McKee, Miranda Lambert, Kacey Musgraves, and Norah Jones have all been influences on me. Everything from Patsy Cline and Lee Ann Womack, to Mariah Carey, to Paramore, Kelly Clarkson, and Cyndi Lauper. I think a lot of little bits and pieces of music from genres all across the board have influenced me.

What is the overall message that you want to portray with this album?

The album starts with the line “Everyone I thought I knew is gone” and ends with the line “If freedom is letting go of what’s holding me back, I am free at last.” I think that encompasses the message of struggle, triumph, and rebirth that I hoped to achieve.

Is there any one particular song that speaks to you?

You co-produced the album with Sean Giovanni and Jason Groves. Can you tell us about that experience the recording and producing of this album?

The making of this record was a really amazing experience. I started off recording two songs with Sean at The Record Shop and that was a really cool time with some great Nashville musicians. The rest of the songs were recorded with Jason at Sneak Attack and I’ve done five projects there, so that studio is absolutely like a second home to me. It’s such a comfortable space where creativity can really run free.

I noticed you were playing a Martin Guitar. Which model do you play, and do you play any other instruments?

I play a 00-15M. I love that guitar. I also have a Gretsch electric hollow body and an Epiphone Les Paul which are super fun to play, when the time is right. I have a 12-string Takamine. It adds such a beautiful lush sound. I have a Gretsch Guitar Banjo that I play sometimes. I also play keys a little bit, just by ear. Oh, and kazoo, haha!

Quoted as saying, “I want to travel to as many different places as humanly possible,” what would be your dream vacation?

Japan is definitely at the top of my list! I really want to explore Europe, too! San Francisco is my favorite place I’ve ever been, so I’d love to go back there.

Touring to support the album release, any other plans for 2018?

Playing music as much as I can! It’s my Senior year of high school, so woohoo! I’ve been lucky to have been homeschooled, so I can do school even when we’re on the road. Hanging out with my puppy and my other dogs a lot!! I’m hoping to work on a Christmas album here soon.

Photos courtesy of The Press House