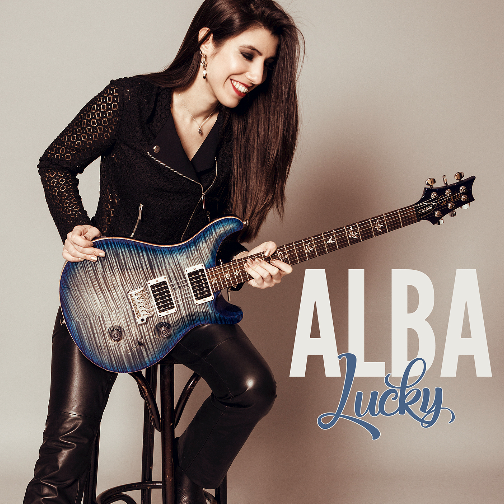 London-based singer, guitarist and songwriter ALBA had a successful career as frontwoman for the rock band she started when she was 16 years old called The Sons of Rock. Hailing from Spain, the band performed at music festivals including The Great Escape, Rock in Rio, Sonisphere, Festimad, Monkey Week as well as famed music venues like Hard Rock Cafe and Ronnie Scott’s Jazz Club, to name a few. They opened for artists such as The Waterboys, Raimundo Amador, Revolver, Loquillo, La Fuga, and Celtas Cortos, among others. Along with winning contests and music awards, the band released four studio albums throughout their career.

ALBA launched her solo career in 2014 and has garnered sponsorships with Harley Davidson and Red Bull, and shared the stage with musical acts like The Waterboys and the late Amy Winehouse. Relocating to London in 2016, ALBA released a live recorded EP, The London Sessions with drummer Dan Day, bassist Ton Mbiba, and keyboard player Kay Olajide,

“Alone in the Dark” was her first single she released which featured renowned flamenco guitarist José Antonio Rodriguez. Her latest single “Lucky” was released earlier this year and has been described as having “killer brass lines, hints of rock and a touch of funked-up pop.” It was recorded at Ralph Salmins’ (The Waterboys, Van Morrison) The Bunker studio in London and mastered at the famed Abbey Road Studios by Frank Arkwright (The Killers, Coldplay). The accompanying music video was filmed in Madrid, ALBA’s home city, and features three couples dancing to the music.

Guitar Girl Magazine has had the pleasure of speaking with ALBA about guitars, dancing, and her song “Lucky.”

Who inspired you as you were growing up?

ALBA:  I was inspired by the music I listened at home; that was Eric Clapton, B.B. King, Aretha Franklin, The Beatles, Santana, Bob Dylan, The Rolling Stones, Janis Joplin, The Police, Stevie Wonder, Springsteen, and Dire Straits among many others. I guess I have to thank my parents for raising me with such an amazing soundtrack!

Who inspires you now?

ALBA: The artists I grew up with still inspire me a lot, but I have also discovered exciting artists along the way such as John Mayer, Joss Stone, Alicia Keys, Ed Sheeran, Halestorm, and Amy Winehouse.

You have had an opportunity to share the stage with the late Amy Winehouse, how was that experience for you; do you have a favorite memory of working with her?

ALBA: I had the once-in-a-lifetime opportunity to perform with my former band Sons of Rock at Rock In Rio Madrid in 2008. The day we played, Amy was headlining, and it was amazing to see her show. I had put the band together just a year earlier. so that was like a dream come true.

“Lucky” is a good song, how did the song form? What was the inspiration?

ALBA: I wrote this song when I was living in a little studio in Paris and was inspired by my current relationship, and I guess a bit of the French, joie de vivre. I’ve always thought that it is really important to be grateful and appreciative of what and who you have in your life. I think it’s key to being happy.

In the video for “Lucky,” there are three different styles of dance being performed by different couples. Being from Spain, do you have a favorite style of dance that you like to perform?

ALBA: To be honest, I am a terrible dancer, so there’s no particular style of dance I am good at; I am more about feeling the song and letting myself go with it.

ALBA: I currently play a PRS Custom 24. It’s always been one of my dream guitars, so I was happy when I managed to save up enough to finally buy it. I also really enjoy playing the acoustic guitar.

Is there an artist, musician, or band that you haven’t collaborated with that you would like to?

ALBA: Well, I would certainly love to collaborate with any of the artists I mentioned earlier, either touring, recording…Call me anytime guys! I’d also love to work with Dave Stewart on an upcoming album, as I am a big fan of his work as a producer.

What was the process for recording “Lucky”?

ALBA: It was really fun. I’ve always loved the whole process of recording in the studio. Being witness to a song coming to life in the studio is such an incredible experience. Furthermore, it’s been great to record at Ralph Salmin’s (The Waterboys, Van Morrison) The Bunker studio and getting it mastered at none other than Abbey Road Studios. We’re very happy with the results. 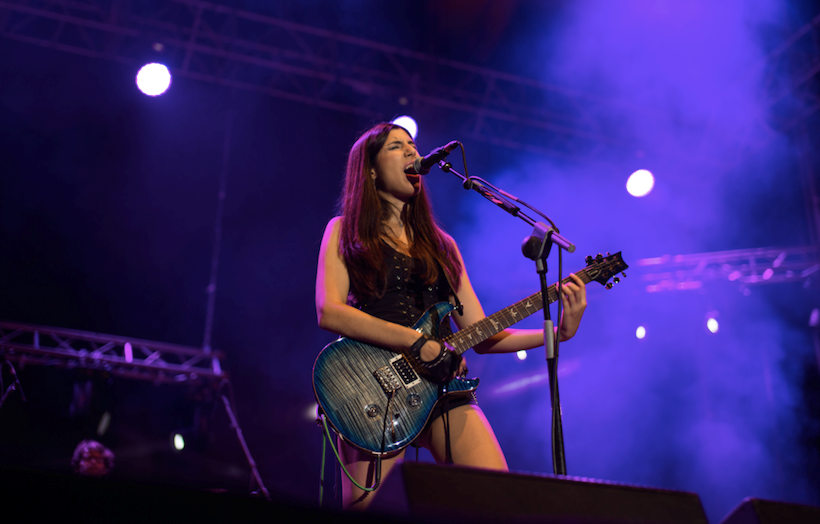 Based on your experience with starting a band and then going solo, do you have any advice you would like to offer for up and coming musicians?

ALBA: The path to success is different for each person, and it also depends on what you consider “success” itself. In my view, hard work and resilience are key for achieving anything in life. It’s also important to love and enjoy what you do.

What is next for ALBA?

ALBA:  We are already working on new songs and open for booking. Best way to stay informed is to follow us on social media and Bandsintown:

Where do you see yourself in 10 years?

ALBA: I definitely see myself making music and doing what I do today: writing songs, performing, recording and having fun!