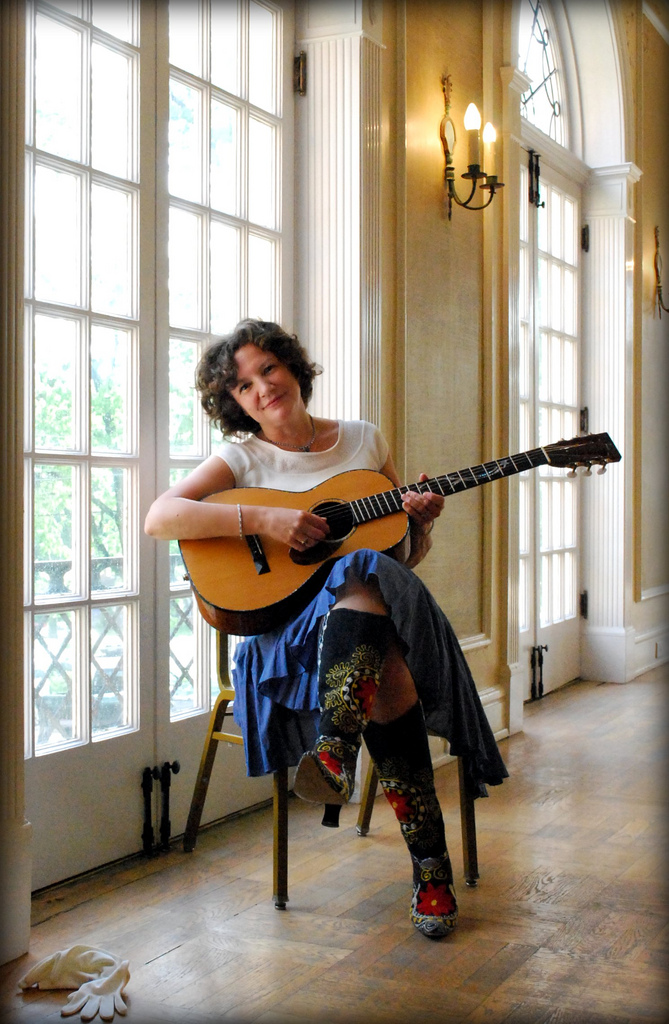 For her latest album, “Just Like Honey,” the sixth of her career, Lisa Biales brought in some heavy hitters to create a clean acoustic sound to show off that big voice of hers. The set was produced by Americana veteran E.G. Kight, “The Georgia Songbird,” and engineered by Paul Hornsby at his Muscadine Recording Studio in Macon, Ga.

“It was a great atmosphere,” Biales said in a phone interview. “E.G. told me to come on down, that she had a lot of great musicians we could work with, and boy, did she. And in Paul’s studio, he has all these gold and platinum albums on the wall from the Allman Brothers and Charlie Daniels Band. E.G. recorded her last album, ‘Lip Service,’ there, and it sounded really great.”

“We worked on figuring out what tunes to do for six months,” she said. “We wanted to go for some early blues influences, especially the females like Odetta, Ma Rainey, Etta James. We recorded three of my tunes and three of E.G.’s tunes. She’s a great songwriter. I could do a whole album of her tunes.”

“When we got in the studio, we would gather around the mixing board and figure out each tune and when we all agreed on a feel, someone would say ‘That’s it!’ and we would all rush into the studio and cut the song. It was inspiring, the energy was pure happiness,” she said.

Biales said that when she was a child, her parents couldn’t get her to quit singing. “My parents were both musical,” she said. “My dad played upright bass and my mom sang and acted in community theater. I started writing plays as a child, casting and directing my playmates in our garage that I turned into a theater for the day.”

She started writing her own material immediately, she said, but never played them until the 1990s. When you’re working in other people’s bands, it’s hard to work your own music into it.

Biales plays a custom-made guitar by luthier Jamon Zeiler that she worked with to design. In addition to the smallish body, Biales said that she told Zeiler that she wanted a shooting star design on it, so she calls it her “Shooting Star Parlor Guitar.”

Biales and her shooting star guitar made their film debut earlier this year in Francis Ford Coppola’s “Twixt Now And Sunrise” a murder mystery based on a short story written by Coppola, where Lisa portrays a waitress named Ruth.

“When you wish upon a star your dreams come true,” she said. “I’m a big dreamer.”

For more information on Lisa, visit her website at www.lisabiales.com.