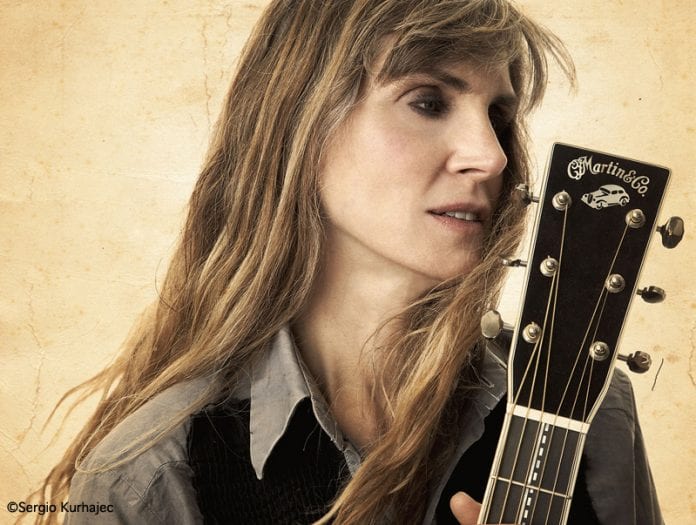 In the age of the Internet and “American Idol,” it’s tempting to want to take the easy way out, to get on a game show or post a home-made video on some weird web site and risk making a fool of yourself for a shot at stardom.  But if that doesn’t work out for you, Rory Block says that the old fashioned way might still be the best way.

“In my day and age, it was it was all about persevering and just continuing on in your personal belief in what you’re doing,” she said. “I like that way: You put in your time.”

“Now it’s all about the idea that you can have the most watched video or go on TV and become a star overnight. Don’t get me wrong, there’s some great talent discovered that way, but I was raised with the idea that you worked hard over a long time.”  And Block says that’s true whether it concerns the songs you play or the instruments you pick.

On May 29, Block releases “I Belong to the Band: a Tribute to Reverend Gary Davis,” the third in what Rory calls her “mentor” series saluting blues masters she met in person and greatly influenced her as a musician. It follows the release of similar tributes to Son House and Mississippi Fred McDowell, but it really started, she said, in 2006 with her album “The Lady and Mr. Johnson,” in which she played 13 Robert Johnson tunes in a nearly note-for-note transcription.

“Robert Johnson inspired me posthumously, and sadly I was never able to meet him” since he died 11 years before she was born, “but Son House inspired me face-to-face, so the natural progression would be a tribute to Son House, and while I was doing that CD I thought it would be nice to pay tribute to all of the blues masters that I met in person,” she said.

An impressive list to be sure, which includes not only McDowell and Davis, but Skip James, Mississippi John Hurt and Booker White, all of whom she met as a teenager.

“Ultimately, Stony Plain (her current label) will make a boxed set out of it as a tribute to historic artists that I was able to meet,” she said. She plays the tunes as closely to the original recordings as her formidable chops will allow, just as a pianist might play a Beethoven sonata.

“Above all the other issues I might mention, is a tremendous reverence and respect for the music and the person that played it,” she said. “I consider a lot of early blues masters to be on par with classical music, so I want to present it the way they wrote it, but when you play it, you bring something of yourself, of your spirit and your inspiration every time you play it, and hopefully, people would be touched anew.”

The personal touch is amplified by the fact that she so clearly remembers the dozen or so meeting she had with the Rev. Gary Davis. “In 1964, when Stefan Grossman was 18 and I was 14, he took me to meet Reverend Gary Davis (in addition to a number of other rediscovered blues masters),” Block writes in the liner notes to the CD. “Stefan supported me utterly in my quest to learn and play Country Blues at a time when no tablature, dvd’s, or other resources existed, save the greatest one of all: sitting down with one of the masters as an apprentice. Stefan tackled the Reverend’s style of playing as much as any human being I know of, and as a teenager, I was witness to many of those incredible lessons.”

“I cried during the recording of this CD. While listening to the music, memories of a precious time came swirling back like a wave of warm, fragrant air. I was overwhelmed with powerful emotions. This was a time when people like Reverend Gary Davis could be visited in person — at home — and one could take face-to-face lessons. It was nothing short of a magical time — of discovery, falling in love — and being swept away by the liberating beauty of early American blues and gospel in a well worn easy chair in Reverend Gary Davis’s living room.” 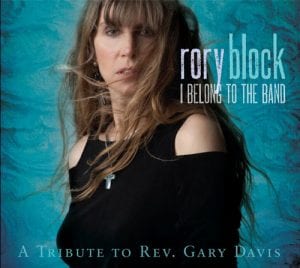 Grossman is also partly responsible for the kinds of guitars Block learned to love. “I had learned about guitars from traveling across the country with Stefan Grossman,” she said. “He collected all these great old pre-war Martin guitars that he would get at pawn shops all along these journeys, so I began to see and play these magnificent guitars as a teenager and really came to see them as the gold standard and I still think of them that way today.”

So when Block had the chance to help design her own Signature Martin Guitar model, she chose an OM-40. “I wanted it to be strong guitar and a guitar that would be a right size for a man or women. I didn’t want it to be gender specific, to design a guitar just for a woman player,” she said. “So I basically wanted to take the quintessential instruments that I had been playing throughout that time period.”

“I think of Martin Guitars as being perfect for what I wanted to do because I play hard. I pound and I snap and do all those country blues techniques that I started emulating early on. You can’t do that on a delicate guitar,” she said.

“Then I wanted it to be a guitar that could hold medium gauge strings because you can’t really play on light gauge strings and get the particular volume. It just won’t hold up to that style. So all those things had to be right for the guitar.” The design, a neck that emulates a black-top highway, is a credit to Martin Guitars artist Dick Boak.

For young people starting out, Block said that she learned to play on nylon stringed guitars that belonged to her mother, who played folk music. “The nylon strings don’t hurt your hand as much, but as I switched to the blues, I felt like I needed a string that would bend more effectively because nylon strings don’t bend that well,” she said. “So I switched to silk and steel and that was my transition string as I started playing more blues and less folky things, playing a little harder.”

“Then I went to light gauge and ultimately settled in to medium gauge. I don’t think I would want heavy gauge because that would just hurt my hands. There are people strong enough, but I’m not one of them,” she added.

And once you’ve learned your own style and interests, there’s no substitute for hard work and perseverance to build a career. “Just don’t go away until people know who you are,” she said.