Growing up in Philadelphia, Judy Paster was inspired by the folk music she heard her older siblings playing in the house —Crosby, Stills, Nash & Young and Carole King’s Tapestry. She began writing songs when she was 8 years old. Dealing with a traumatic youth and later with the death of her father from Alzheimer’s, Paster pours her heart and soul into her music. Paster says, “I like to dream and be creative,” and like many artists, she moved to Nashville to follow those dreams.

Like Stardust was released this summer with producer Bill McDermott of Omni Sound Studios and contains eight songs with a perfect blend of folk and classic country, including a cover of Dylan’s “Blowin’ In The Wind.” When asked about her new music, Paster shared with us, “’Like Stardust’ is one of the tracks on the album, and I decided that’s what I wanted to name the album. I’m a very stardusty kind of person. In other words, I’m earthy, I’m grounded, but my head’s kind of in the star sometimes. I like to dream and be creative, and I just felt like that song was the most exemplary of my artistry and my personality.”

What is your definition of tone?

I look for some warmth and depth; I don’t like brassy or shrill. Sometimes with the warmer tones, they can be a little harder to play at times, so I kind of look for a combination for that perfect feel. Besides tone, I want to be able to handle the fretboard with my hands and my fingers, because some guitars can be big on me — and I played big guitars for years.

Which guitars are you currently using and why?

I play Taylor guitars mostly. They are great for fingerpicking as well as a great sounding acoustic rhythm guitar.

For recording preferences, whatever the latest technology my producer pulls out, I’m good! I try to stay in my lane as the songwriter and artist.

I use a lot of vocal techniques to keep my sound consistent on stage — proper breathing and enunciation and staying on the mic for the best sound.

My practice consists of weekly voice lessons, vocal scale practice most days, guitar scales, running through set/song lists with a plugged-in guitar, and singing in mic through my home sound system.

Set goals for yourself and write them down; cultivate honesty and authentic relationships; try to do more for others then they do for you; practice if you are a musician, and don’t give up! 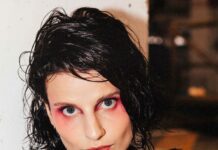 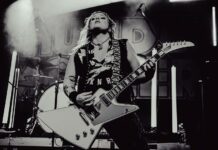