Home News Ali Handal Is Fearless With New Album That’s What She Said Out... 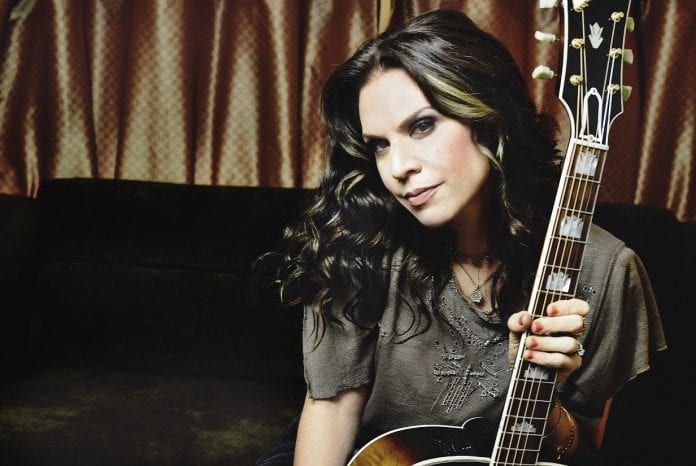 If you like Sheryl Crow, Bonnie Raitt, and Kasey Musgraves, you will love Ali Handal.  Her sass and up-front attitude is refreshing, insightful and beautiful. Her guitar prowess is playful and technically flawless. 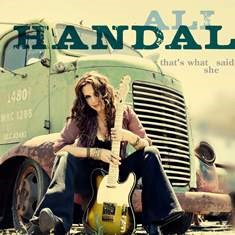 The phrase That’s What She Said, has been used in our culture for a while but not really put into a musical connotation like this. Ali takes her natural ability to converse and connect while being poetic and authentic.

Songs cover the gamut of love, life, cats and surviving cancer… with a sly-grin on her face, she makes the listener fidget in their seat. She plays off her guitar licks; her rhythms are like a pair of black boots with spurs. While cancer isn’t a laughable situation to be in,  sometimes laughter is the best medicine.

Moved early on by wise and resilient women, singer/songwriter Ali Handal wore out Carole King’s Tapestry album. As a cat-obsessed six-year-old (some things never change), Ali honored her initial musical heroine by naming her very first kitten “Carole.” Over the years, the sweet melodies and lyrics penned by musical sages King, Dylan, Lennon, and McCartney captivated her. She had an epiphany when, as a teenager, she heard Led Zeppelin for the first time. Completely mesmerized by Jimmy Page’s seductive guitar riffs, Ali quit her piano lessons to pick up the guitar.

Now based in Los Angeles, Ali unleashes sultry, groove-filled songs upon live audiences, setting the stage ablaze with fiery guitar passages and soulful lyrics delivered by her powerhouse voice. She holds her own among the ranks of fierce female performing songwriters like Ani DiFranco and formidable guitarists such as Jimmy Page.

Music Connection magazine described her as “earthy, natural, real and loaded with talent…a singer/songwriter with something to say… a gifted artist who brings insight and intelligence to her art.” When asked about her music and stage presence, fans simply say “badass.”

Ali’s songs have been featured in numerous films and hit shows like Sex and the City, Dawson’s Creek and iCarly. She’s toured Australia, Japan and beyond, provided backing vocals for Neil Young, and shared the stage with songwriting legend Paul Williams as his featured vocalist. Also a published author, Ali penned Guitar for Girls (Hal Leonard), an exceptional guitar method book & CD brimming with advice for aspiring female musicians, as well as encouraging quotes and remarkable songs from female songwriters in all genres.