Packages for All Level of Musicians, Including Beginners,
As Well As The New Ultimate Backstage Pass Package 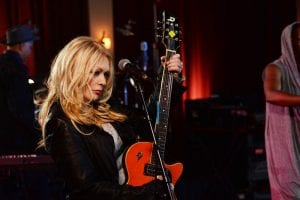 Rock & Roll Hall of Fame inductees Ann and Nancy Wilson first showed the world that women can rock when their band, Heart, stormed the charts in the ‘70’s with hits like “Crazy on You,” “Magic Man,” “Barracuda,” “Straight On,” and so many more. Not only did the Wilson sisters lead the band, they wrote the songs and played the instruments too, making them the first women in rock to do so. Heart continued topping the charts through the ‘80’s and ‘90’s with huge hits like “These Dreams,” “Alone,” “What About Love,” “If Looks Could Kill,” “Never,” and a string of other hits that showcased the sisters’ enormous talents as musicians, singers and songwriters.

From 4 Grammy Nominations, a Lifetime Achievement Award from the Grammy Foundation, to the Hollywood Walk of Fame and the unforgettable Kennedy Center Tribute to Led Zeppelin, HEART is one of the most recognized and awarded rock and roll bands of all time.

“I’m excited to be part of Rock and Roll Fantasy Camp this year. Some of my rock brothers have already been involved and really enjoyed the experience!” NANCY WILSON

Nancy is currently working on a new project, Roadcase Royale, (with Liv Warfield and Ryan Waters (both former members of Prince’s New Power Generation), and other members of the Heart band. 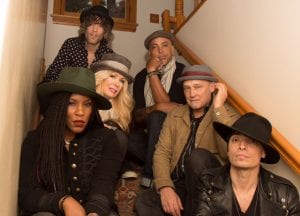 Steven Adler is best known as the former drummer and co-songwriter of the hard rock band Guns N’ Roses, including the mega-hits “Welcome to the Jungle” and “Sweet Child o’ Mine”.

Gregg Bissonette has become known as one of the most versatile drummers in the business, from being part of the David Lee Roth Band, touring with Ringo Starr, recording with Santana and many more.

Attendees come for 4 days and are placed in a band with other musicians and mentored by professional touring musicians. They will rehearse, jam and perform with the incredible Nancy Wilson as well as the amazing rock star musicians who participate as the mentors such as Vinny Appice (Black Sabbath), Joe Vitale (Joe Walsh), Joel Hoekstra (Whitesnake) and many more. The finale takes place at the legendary Whisky A Go Go on the iconic Sunset Strip in Hollywood, CA where all of the camper bands will perform on this infamous stage. This amazing experience is on sale now at www.rockcamp.com. Non-competitive environment.

Also available is The Ultimate VIP fan package-for the non-musician man or woman who always wanted to come to Rock and Roll Fantasy Camp! Attendees will participate in the Q&A sessions and watch the amazing jams and performances with Nancy Wilson along with the incredible rock star counselors. . Attend master classes; attend the opening night party and all-star counselor jam as well as the live performances at Lucky Strike and the Whisky A Go Go on the legendary Sunset Strip plus much more!

ABOUT ROCK AND ROLL FANTASY CAMP

For our attendees, this is a life changing experience. Some of the attendees play well and even gave up careers as musicians to become CEOs and lawyers. Some attendees can’t play at all. What they all have in common is passion for rock music. At Rock and Roll Fantasy Camp they all get to pursue their passion — and meet, and play with the artists who became the soundtrack of their lives.