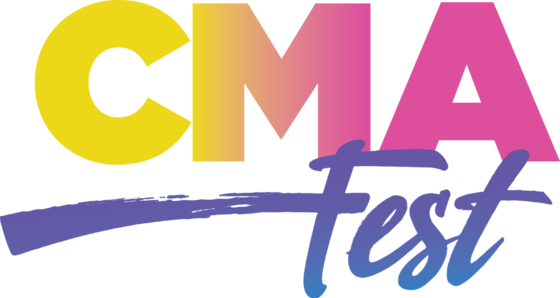 NASHVILLE—Four straight days of sold-out shows and capacity crowds, as well as surprise performances and collaborations, made the 48th annual CMA Fest one for the record books. At Nissan Stadium, Lil Nas X created one of the festival’s most talked-about moments Saturday night, joined by Billy Ray Cyrus and reigning CMA Entertainer of the Year Keith Urban for an epic surprise performance of “Old Town Road,” the No. 1 song in the country for 10 weeks and running.

Country Music Hall of Fame’s newest inductees, Brooks & Dunn joined Brothers Osborne Thursday night to perform “Hard Workin’ Man” as well as “You’re Gonna Miss Me When I’m Gone” including Ashley McBryde, while Tanya Tucker brought out surprise guest Brandi Carlile to perform multiple songs during her opening set. Kelsea Ballerini welcomed The Chainsmokers for an explosive performance of “This Feeling” on Thursday night, Carrie Underwood brought out rock ‘n’ roll legend Joan Jett for a five-song medley performance of Jett’s hits including “I Hate Myself for Loving You,” “Bad Reputation,” “Crimson and Clover,” “Fresh Start” and “I Love Rock ‘N Roll” on Friday night, Luke Combs joined Tim McGraw Saturday night to perform “Real Good Man,” and Maren Morris welcomed Carlile back to perform their striking song “Common” Sunday night. Florida Georgia Line was joined by HARDY during “Y’all Boys” and Morgan Wallen for “Up Down,” with an additional surprise including Midland performing “Mr. Lonely” Thursday night.  Brantley Gilbert and Lindsay Ell performed “What Happens In A Small Town” Friday night, and Dierks Bentley welcomed Tenille Townes to the stage Saturday night, celebrating women in Country with cover performances of Trisha Yearwood’s “She’s in Love with a Boy” and Deana Carter’s “Strawberry Wine.” Luke Bryan had the entire stadium on their feet dancing, closing out the festival on Sunday night.

“Despite some weather challenges, this year’s CMA Fest was truly one to remember,” says Sarah Trahern, CMA Chief Executive Officer. “It’s a great event for fans to see their favorites and discover new artists. The feedback I received from artists is how much they enjoy the more intimate interactions with fans that CMA Fest offers. We managed to integrate the CMA Foundation and our music education efforts throughout the festival, which culminated with the Eagle Honor Choir belting out Carrie Underwood’s ‘The Champion’ to a packed house at Nissan Stadium Sunday night. It was certainly one of the highlights of the festival.”

Rain didn’t dampen the spirit of festival goers, as fans came out in droves Thursday, June 6 through Sunday, June 9. The festival took over downtown Nashville, with more than 300 acts performing on 11 official stages. The nightly concerts at Nissan Stadium were sold out, with more than 50,000 in attendance each night. Tens of thousands of fans attended the festival’s outdoor stages and activations as well as Xfinity Fan Fair X inside Music City Center. Chevy Riverfront Stage, Budweiser Forever Country Stage and the Nashville Acoustic Corner Stage all reached capacity during CMA Fest.

The Firestone Country Roads Stage at Ascend Amphitheater, which returned for a third year, sold out Friday and Saturday nights with a capacity of 6,800. BBR Music Group led the charge with co-headliners Randy Houser and Chase Rice getting the party going Thursday while Red Light Management offered a Friday lineup that drew capacity crowds topped by Brett Young. Former rodeo champion turned rising Country talent Cody Johnson co-headlined Saturday with Hunter Hayes, drawing another standing-room-only crowd partying to a lineup programmed by Warner Music Nashville. Johnson thanked military, law enforcement and firefighters, asking anyone who’s served or works in these areas to stand and be recognized.

Next year’s CMA Fest will take place Thursday, June 4 through Sunday, June 7, 2020. Four-day passes for CMA Fest in 2020 are on sale to the public Friday, Aug. 2 at CMAfest.com/tickets.

The longest-running Country Music festival in the world welcomed visitors from all 50 states and 37 international countries, marking the first time visitors from Israel, Peru, Saudi Arabia, Taiwan and Thailand attended the festival. Over 30 International artists performed at CMA Fest this year, representing Canada, U.K., Australia, New Zealand and for the first time, The Netherlands and South Africa.

Over the course of the four-day festival, Xfinity Fan Fair X inside Music City Center welcomed large crowds, hosting more than 300 artists across meet-and-greets and three indoor stages, including the CMA Close Up Stage, which featured Artist of the Day sessions with Trisha Yearwood alongside McBryde, Karyn Rochelle and Lucie Silvas on Thursday, Old Dominion on Friday, Chris Young on Saturday and Tracy Lawrence on Sunday. One of the most-attended attractions at Xfinity Fan Fair X was Randy Travis’ booth; the Country Music Hall of Fame member met with fans all four days, the first time he returned to host meet-and-greets in more than two decades. Ken Burns’ “Country Music” documentary was previewed throughout CMA Fest, including a panel on the CMA Close Up Stage on Sunday featuring the film’s writer/producer Dayton Duncan joined by Country artists Kathy Mattea, Ketch Secor (of Old Crow Medicine Show) and Marty Stuart for a conversation about the eight-part film series, set to air on PBS starting Sunday, September 15.

Fans at Xfinity Fan Fair X also enjoyed daily performances on the Radio Disney Country Stage where they showed off their dance moves with Stephanie Quayle during her performance of “Drinking with Dolly” and with Blanco Brown while he sang “Get Up.” Returning for a second year, the Spotlight Stage hosted impressive crowds and featured more than 50 emerging and unsigned artists performing and meeting with fans, with lines for meet-and-greets that wrapped around the corner. Miranda Lambert’s MuttNation Foundation was a “pup-ular” highlight inside Fan Fair X again with all 61 adoptable dogs finding their forever homes. Fans and their canine companions paraded from Nissan Stadium to the Chevy Breakout Stage at Walk of Fame Park Thursday morning with Lambert, Dan Smyers (of Dan + Shay) and adoptable dogs during MuttNation’s Mutt March.

CMA Fest is a one-of-a-kind festival with artists donating their time to perform so ticket proceeds can directly benefit high-quality music programs across the country through the CMA Foundation. For the first time this year, CMA Fest offered attendees the opportunity to donate directly to the CMA Foundation through several special events and activations, as well as a text-to-donate option. Thomas Rhett hosted an album release event for Center Point Road Saturday afternoon at Bridgestone Arena, which raised $100,000 that will be donated directly to the CMA Foundation. The CMA Foundation and U.S. Bank partnered to raise awareness for music education through the Play For M.E. activation. Four brightly painted, used pianos from Metro Nashville Public Schools lined the festival, allowing fans and even artists including Ell, Hayes and Townes to pop by for impromptu performances, all to raise money for the CMA Foundation’s music education initiatives. All four pianos have been replaced in their respective MNPS locations with new ones for students to enjoy. Celebrity fitness trainer Erin Oprea led the first-ever Fitness at Fest, a sold-out high-intensity workout with all proceeds benefiting the CMA Foundation. Country artist Carly Pearce and radio personality Amy Brown brought the burn and encouraged fans throughout the workout. This year’s top selling merchandise product was the Official Lineup Tee, which features the Nissan Stadium lineup on the back and the proceeds of which benefit the CMA Foundation.

Attendees were more engaged than ever before with users of The Official CMA Fest App up 15% year-over-year, spending an average of 15 minutes per session during the four days of the festival and scheduling nearly 700,000 events. Users were also engaged with three new app features: ‘Order Ahead,’ which allowed users to purchase select merchandise and beverages to skip the line and get back to the music faster, ‘Fest Chat,’ featuring a community for attendees to communicate directly with each other to share their favorite moments, and ‘Donate to Music Education,’ which provided an easy way to support the CMA Foundation’s efforts to shape the next generation through high-quality music education. Additionally, attendees were encouraged to download the app and turn on notifications to receive the most up-to-date information on weather conditions, including safe shelter locations, adjusted gates or doors opening times and updated stage schedules.

Corporate brand and marketing partnerships totaled more than 50 activations throughout the festival footprint this year, with 37 brands represented on-site as official CMA Fest partners, 12 of which were new to CMA Fest in 2019.

“CMA Fest attendees enjoyed haircuts, food and beverage sampling, fun photo ops, giveaways, games and more – all free thanks to this year’s brand and marketing partners,” says Damon Whiteside, CMA Chief Marketing Officer. “This festival offers an opportunity like no other for brands to engage directly with the truest of Country Music fans.”

CMA collaborated with photographer Katie Kauss for a CMA Fest portrait booth that had artists getting into the playfull summer spirit with a ball pit. View the photos HERE. In addition, photographer John Shearer shot candid moments behind-the-scenes of the artists before taking the Nissan Stadium stage, all photos are viewable HERE.

Unique artwork was spotted throughout CMA Fest. Popular muralist Kelsey Montague (best known for the Taylor Swift ME! mural in Nashville) painted an original interactive mural for the CMA Foundation that was on display at the CMA Fan Experience at Xfinity Fan Fair X inside Music City Center. Nashville-based Friendly Arctic designed a custom, limited edition CMA Fest poster that was sold at the festival and is still available on their website.