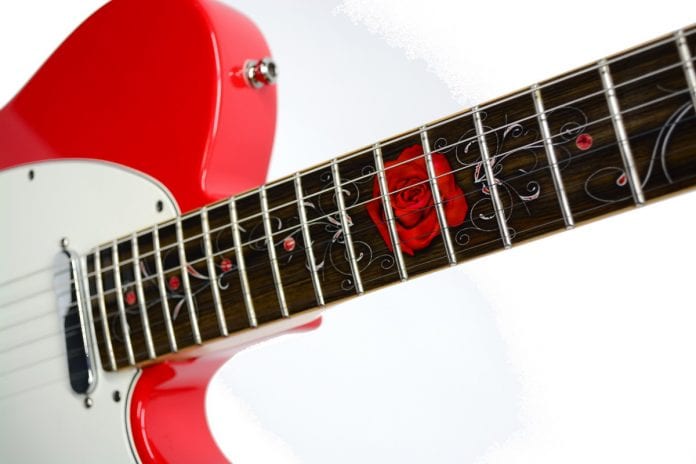 Rarely is there a guitar accessory that combines visual appeal with a unique function…until now. Neck illusions makes removable graphic fingerboard/fretboard protectors that look great but can also guard your coveted guitar or bass.

The founder of the New Mexico- and soon to be Arizona-based company is guitar player/artist Marco Solo. He’s really a guitarist making products for other guitar players. MarcoSolo Productions started producing and manufacturing the eye-catching decals in 2014 and worked on getting a patent. Then in 2015, Neck Illusions won Best Add-on at Summer NAMM.

The versatile product fits pretty much any instrument with a fingerboard and is now available for keyboards, too. They offer unlimited designs such as custom band names, logos, photographs, faux exotic wood grains, and classic paintings.The concept came from Solo’s background as a visual artist. “I loved commercial art for as long as I can remember. At ten years old, friends and family would come to me for fliers, business cards and hand-drawn posters. I designed them for free because I loved creating something that was useful, and I really enjoyed it.”

Now his clients grace stages around the world. Steve Vai’s eclectic designs range from his “Secret Notes” to the blazing “Fire In the House.”  Jennifer Batten’s illusions go Steampunk with “Gearing Up” and “Frequent Flyer.” Plus, a Jackson-inspired “Dancing Shoes.”

Jennifer Batten met the Neck Illusions team at a tradeshow when they gave her a Van Gogh sticker. Later on, the company reconnected with her to try out their fretboard inserts. After the neck decals withstood her playing, she embraced their visual appeal as well.

“I really like the idea of being able to decorate your guitar in that way for cheap!,” said Batten. “Plus, you’re not married to any given design. You can change them out as often as you wish. It’s also really cool that they allow anyone to do custom designs.”

Neck Illusions created her a Scherer/ Batten logo design; which she used in a photo shoot for her latest CD BattleZone with singer Mark Scherer.

Neck Illusion’s combo of detail and quality speaks to its creator’s early design work. “Those were the days of literally cutting and pasting to create camera ready art,” he recalls. “I guess I was always a perfectionist, but I loved what I was doing.”

Later in life, Solo got the idea for the add-on accessory while jamming in his studio. “I had some left-over decals that I created for a car racing event sitting on my desk,” he says. “I noticed a dragon head the perfect size to fit the width of my fingerboard.”

At that moment the “light bulb” went on above his head: “I quickly loosened the strings from my guitar and cut the decal, so it would fit on the first three frets with the dragon head in the center.”

Appealing aesthetics aside, would it get in the way of his playing and sound? “I re-tuned the instrument and started playing. I couldn’t “feel” the decals and I didn’t notice any change in tone or sustain. At this point I knew I was onto something.”

Shortly after, he realized the importance of this invention and how it could be used as a fingerboard protector. “It increases the life of the fingerboard by shielding it from friction, and the acidity from your hands and fingers — having a full-color design on the protector was just the icing on the cake.”

Moving forward, they extensively tested the product with several players and even hit the studio. After three revisions to the material Marco said they achieved their ultimate resilient product. “I knew ordinary sign vinyl wouldn’t work. We needed an ultra-thin but strong material with an adhesive that was easy to remove.”

At the forefront for Solo was maintaining the integrity of the instrument: “As a player myself, I knew the importance of having a product that would not interfere with the playability, the tone, the sustain and of course not leave any sticky residue on the fingerboard.”

For Batten’s vigorous shredding and intense clinics, the add-on didn’t fall short. “I have had them on for many months and they never came off despite lots of playing and sweat,” said Batten.

Making your guitar neck look different could be potentially daunting, but Batten kept that in mind when she tested them out. “I was nervous at first about the possibility of getting lost during intense passages live or in crap lighting with the busier designs,” says the guitarist. “You never really know what lighting you’ll end up with on any given stage. But in the end, it was not a problem.”

Creating the Jennifer Batten Series was a collaborative process. “They asked me to come up with six designs. I felt intimidated because I’m not a great drawing or painting artist like Steve Vai,” says Batten. “What I ended up doing was finding imagery online and mocking up my ideas onto their neck template.”

Some of Batten’s designs were inspired by her love for industrial art: “I have been into steampunk art for years. I just love the look of gears and that whole Victorian-era sci-fi thing a la Jules Verne. Marco Solo and Ken Webber were able to realize those ideas into something that looked great. They would send them to me and I would make adjustments. Before I knew it, there were a half dozen really good-looking designs.”

Along with Vai and Batten, the Neck Illusion’s roster is growing with a variety of guitarists, bassists, instrumentalists — and even banjo.

Austin TX bassist Rachel Gonzales (Rachel G) is a monster player with a high-fashion stage look and one of the latest to join the Neck Illusions mix. “Neck Illusions is such a rad concept!,” says Gonzales. “It’s like an accessory for your bass/guitar.”

And the product fits her groove perfectly on her Fender 4-string. “The decals hold up great!,” shared Gonzales. “With the extensive amount of playing, sliding up and down the neck, and slap bass; the decals are still running strong!”

With more endorsements and consumers comes product development. “We can print anything you can think of on the neck illusions,” shares Solo. “We even sell a green screen version, which is great for video shoots. You can superimpose any type of image, still or moving, onto the fingerboard.”

For the working musician performing in multiple bands and live shows, the decals are seamless. “The decals are solid and flawless,” said Gonzales. “It feels and plays just as it would with nothing on the neck. Taking them on and off is no problem and doesn’t leave any adhesive residue whatsoever. ” (Check out Rachel playing Rush’s classic “YYZ” at her artist page at Neck Illusions.)

The decals can lend a touch of flair, too, for those wanting to stand out during a performance or photo shoot. A design can also amplify an artist’s individuality. For example, multi-instrumentalist Gabriel Guardian — who plays guitar and keyboard, simultaneously — rocks a black-n-white piano key neck illusion while shredding at breakneck speeds.

Rachel G likes the personal aspect: “My favorite part is that it’s totally noticeable and sets you apart from other musicians that have basic guitar necks,” she said “I usually have multiple people tell me how cool my fretboard is at my shows!” She rocks the Monarch Neck Illusion, and her signature neck design is currently in the works.

Lastly, Marco Solo is determined to keep the concept he created fresh and innovative. “People are amazed by the unlimited designs that we can produce on the neck illusions. As we move forward, I am constantly trying to improve the product as well as add additional products to our line.” 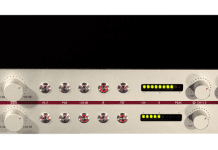 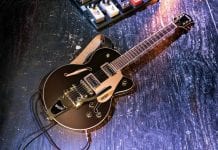 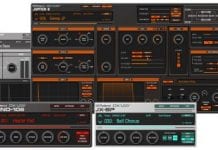