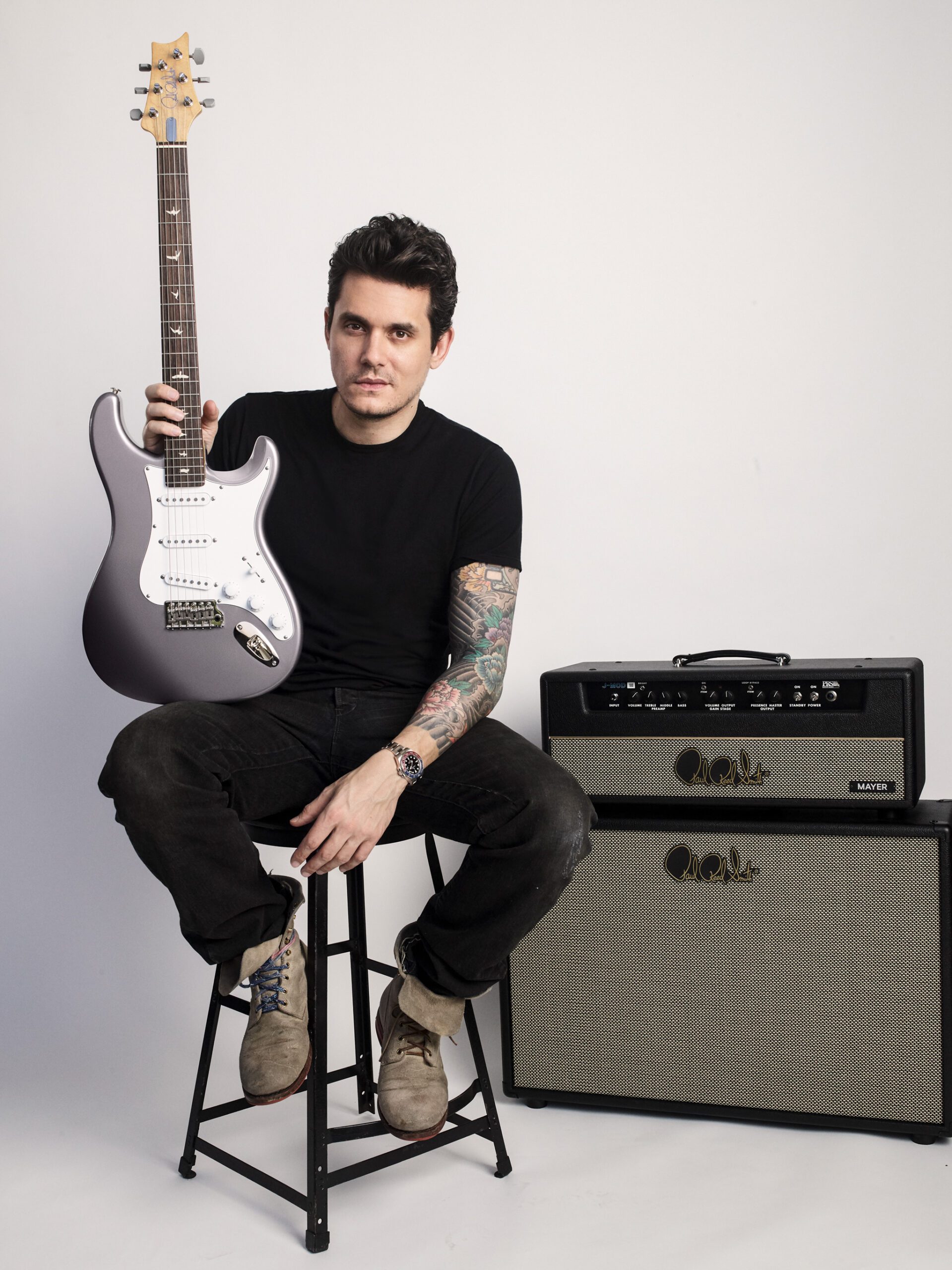 (STEVENSVILLE, MD) March 5, 2018 – The PRS Silver Sky is the result of a close collaboration between Grammy Award-winning musician John Mayer and Paul Reed Smith. More than two and half years in the making, the Silver Sky is a vintage-inspired instrument that is both familiar and uniquely PRS. This model, which has been a highly-anticipated announcement since Mayer was first seen with one back in the spring of 2017, was inspired by Mayer and Smith’s favorite elements of 1963 and 1964 vintage instruments, resulting in an idealized version of a vintage single-coil guitar. The attention that was paid to every detail sets this guitar apart.

“It’s been a dream of mine for years to design a guitar that includes some of my favorite vintage specifications but with a modern spirit and aesthetic. After two years of study and refinement, the Silver Sky is my vision of what a reboot of the electric guitar should look and feel like,” said John Mayer.

When Mayer’s longtime-tech René Martinez (former tech for Stevie Ray Vaughan, Carlos Santana, and Prince) was asked what he thought of the new guitar, he said, “the first thing I thought about was how it felt, especially the neck, and it just feels good. Playing all the way up and down the neck, bending the strings, everything works and feels right. As far as the pickups and the sound goes, it’s unique while sounding familiar, and there are five distinct tones – as a single-coil guitar should have…It’s a fun guitar to play.

Other high-quality specifications include a bone nut, a curved molded metal jack plate that makes plugging and unplugging a guitar cable hassle-free, retooled knobs, fretwire that is slightly smaller than what you’d find on most PRS electric guitars (but larger than most vintage frets), and PRS’s double action truss rod (accessible from the front of the headstock for ease of use). The Silver Sky comes in four colors with distinctive accents on PRS’s trademark lower horn scoop.

“Everything about this guitar has to work. It has to play in tune, stay in tune, not buzz, sound beautiful, have a very good signal to noise ratio, and feel familiar and comfortable. By paying attention to all the details, we were able to create an instrument that John is very pleased with and that we are very proud of,” Paul Reed Smith, PRS Guitars Founder.

The PRS Silver Sky will start shipping on March 20, 2018. The first 500 guitars to ship to dealers and distributors worldwide from PRS Guitars’ Maryland, USA factory will include a commemorative hardshell case. The Silver Sky model will then ship in a newly-designed, premium gig bag.