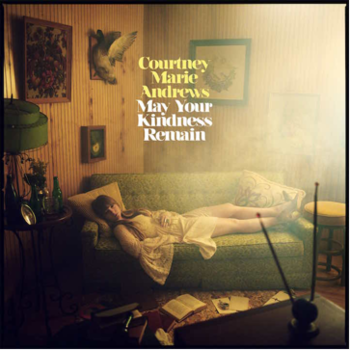 “I’ve Hurt Worse” is the third song unveiled from Andrews’ anticipated new full-length album, May Your Kindness Remain, which will be released March 23 on Fat Possum Records/Mama Bird Recording Co. and is now available for pre-order. Each pre-order includes an instant download of “I’ve Hurt Worse” as well as the album’s first single, “Kindness of Strangers,” and the title track.

Andrews will tour throughout 2018 in support of the record, including a stop at SXSW as well as headline shows at Nashville’s The High Watt, DC’s Black Cat, New York’s Mercury Lounge, Chicago’s Schubas and L.A.’s The Moroccan Lounge. See below for full details.

Of the album and the inspiration behind its ten songs, Andrews comments, “The people that I’ve met on the road these past few years got me thinking about my childhood, and the people around me that I’ve known, and the stories that come from my family. It became clear how many people are struggling with the same issues. People are constantly chasing that bigger life. A lot of people are poor in America—and because of those unattainable goals, they’re also mentally unstable, or sad, or depressed or unfulfilled. A lot of people—myself included at some point in my life—are loving somebody through this. That’s sort of the theme of the record: coming to terms with depression and the reality of the world we’re living in.”

The new album is the follow-up to Andrews’ breakthrough album, Honest Life, which received overwhelming acclaim and landed on multiple “Best of 2016” lists, including at NPR Music, Rolling Stone, Stereogum, The Bluegrass Situation, American Songwriter, Paste Magazine, Folk Alley and ABC News among others. The Bluegrass Situation called her, “a singular voice, one that can only be understood by being heard,” while Stereogum described the debut as, “an expert marriage of gracefully confessional songwriting with country-folk arrangements that recall Joni Mitchell.” Upon its release in the U.K., the album reached #1 on the U.K. Americana Chart and #1 on the Independent Album Breakers Chart and was awarded a five-star review from The Daily Telegraph who called it, “an absolutely perfect little gem of an album.” In April 2017, Andrews made her debut on the BBC’s legendary “Later…with Jools Holland” program.

MAY YOUR KINDNESS REMAIN TRACKLIST