Home News “Who is Lydia Loveless” documentary and limited-edition live vinyl-only EP due out... 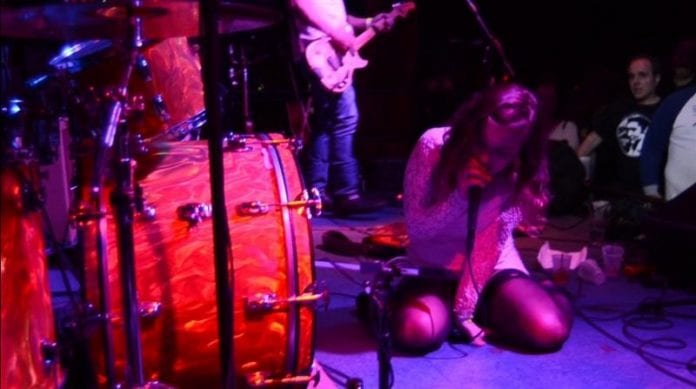 “Who Is Lydia Loveless”
on DVD November 24th

The feature-length documentary follows Lydia Loveless and her band into the studio as they record their album Real. Along with a chaotic super-charged home-town live performance shot specifically for the film and extensive interviews with Loveless and her band, the rock-doc will delve into the realities, financial and otherwise, of a working musician on the brink of major success. It will examine what it’s like to be a woman in the mostly sexist rock & roll world, dealing with cellphones in your face as you sing a heartbreaking tune, piracy, streaming services, and of course answer the question: Who Is Lydia Loveless? 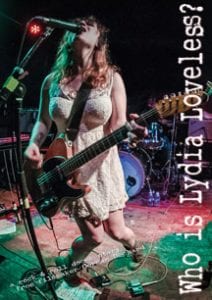 “Lydia is the future of rock and roll,” director Bechard explains. “She straps you onto an emotional roller coaster of love, lust, drunken mistakes, a little stalking, a lot of heartbreak, and you’re left breathless, stunned, happy to have taken the ride.”

Music journalists from SPIN to Rolling Stone have likewise raved, with her albums always finding their way onto many year-end Best Album lists.

“I’m excited to work with Gorman,” says Loveless. “He’s very passionate about music and about the true meaning and spirit of rock and roll.” 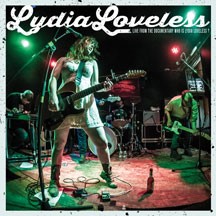 The vinyl release, Live From the Documentary Who is Lydia Loveless?, is an exclusive Record Store Day release featuring 6 tracks recorded at a hometown performance in Columbus, Ohio.

Bechard’s three previous music docs have all won critical praise. Rolling Stone called Color Me Obsessed, A Film About The Replacements one of “The Seven Best New Music Documentaries of the Year.”

The Seattle Times raved about the “raw power and mesmerizing hooks” in his Archers of Loaf concert film What Did You Expect? While Every Everything: The Music, Life & Times Of Grant Hart was labeled “beautifully sad” by The Village Voice.

He is currently in post production on documentaries about Wilco’s Jay Bennett, as well as newly-signed Bloodshot Records recording artist Sarah Shook and the Disarmers. Bechard is also the filmmaker behind the ASPCA-award-winning animal welfare documentary A Dog Named Gucci.
Who is Lydia Loveless? will be released on an extra-filled DVD and streaming services from MVD Entertainment Group on Friday, November 24th, 2017. Live From the Documentary Who is Lydia Loveless? (which includes a copy of the DVD) will be available as a Record Store Day exclusive on that same day.

Pre-order the DVD at MVDshop.com or on Amazon