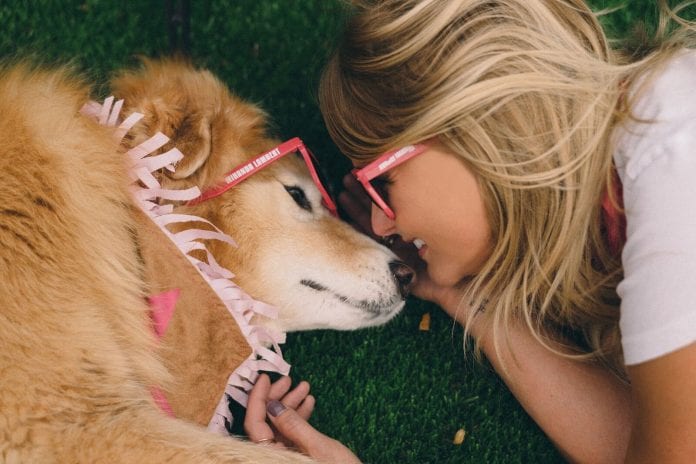 Country music superstar Miranda Lambert has proven that she can accomplish at least two amazing things on any given night – deliver a stellar performance to her music fans while making sure local, no-kill animal shelters receive much-needed support at nearly every stop along the way of her 24-city 2018 Livin’ Like Hippies Tour.

From Arkansas to Arizona, from LA to Little Rock, heeding the call-to-action, fans came bearing gifts of dog food, supplies, toys, treats and cash to be donated to a pre-selected shelter in their city. The donations were collected at the venue’s Fill the Little Red Wagon activation, presented by Live Nation & MuttNation Foundation, Miranda’s 501c3 nonprofit. A lucky fan who participated in the donation drive in each city was randomly chosen to join Miranda at a meet-and-greet that evening, and each of the participating shelters was  gifted MuttNation Citizenship. 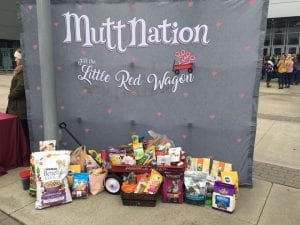 “My fans are passionate – they care about music and they care about animals. Without them, neither my music nor MuttNation could reach as many people or help as many dogs as we do. It’s incredibly heartwarming to see The Little Red Wagon overflowing at each show and it makes me crazy happy to combine two of my biggest loves, music and mutts, every night” said Lambert, the proud owner of 8 rescue dogs.

And, keeping things canine, through their Vodka for Dog People program, the animal lovers at Tito’s Handmade Vodka joined the tour making a generous donation to the MuttNation Foundation and provided the Tito’s VIP Lounge for Miranda and her special guests backstage.

Look for The Little Red Wagon to roll back out this summer when it jumps on the Bandwagon Tour, featuring Miranda and Little Big Town.

About MuttNation Foundation
Founded by Miranda and her mom, Bev Lambert, in 2009, MuttNation is a donation-supported 501(c)(3) nonprofit organization with a mission to promote the adoption of shelter pets, advance spay & neuter and educate the public about the benefits of these actions. MuttNation also works with transport partners to assist and relocate animals under threat of euthanasia and during times of natural disaster. With a goal of finding a forever home for every shelter animal, MuttNation supports animal rescues across the country, hosts adoption events throughout the year, provides positive reinforcement for the shelter adoption experience, works to raise awareness for its causes and develops and implements initiatives to further its mission-driven goals. www.muttnation.com.

The Texas native released her most recent effort, a double album titled The Weight of These Wings in November 2016, which debuted at No. 1 on the Billboard Country Albums chart. She touts six studio albums to her repertoire; Kerosene (2005), Crazy Ex-Girlfriend (2007), Revolution (2009), Four The Record (2011) and Platinum (2014), the latter earning Lambert a GRAMMY Award for Best Country Album, in addition to her previous GRAMMY win for Best Female Country Vocal Performance in 2010 for “The House That Built Me.” The first song released from The Weight Of These Wings, “Vice,” received multiple Grammy and ACM Award nominations. Lambert’s previous country radio single, “Tin Man”, which she debuted at the 52nd Academy of Country Music Awards last year (2017) and is currently nominated for Song Of The Year for the upcoming 53rd Academy of Country Music Awards to be held next month in Las Vegas, Nevada. www.Mirandalambert.com 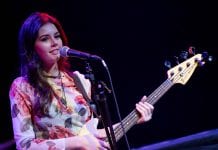 Elise Trouw performed at the Royal Room on October 14, 2017