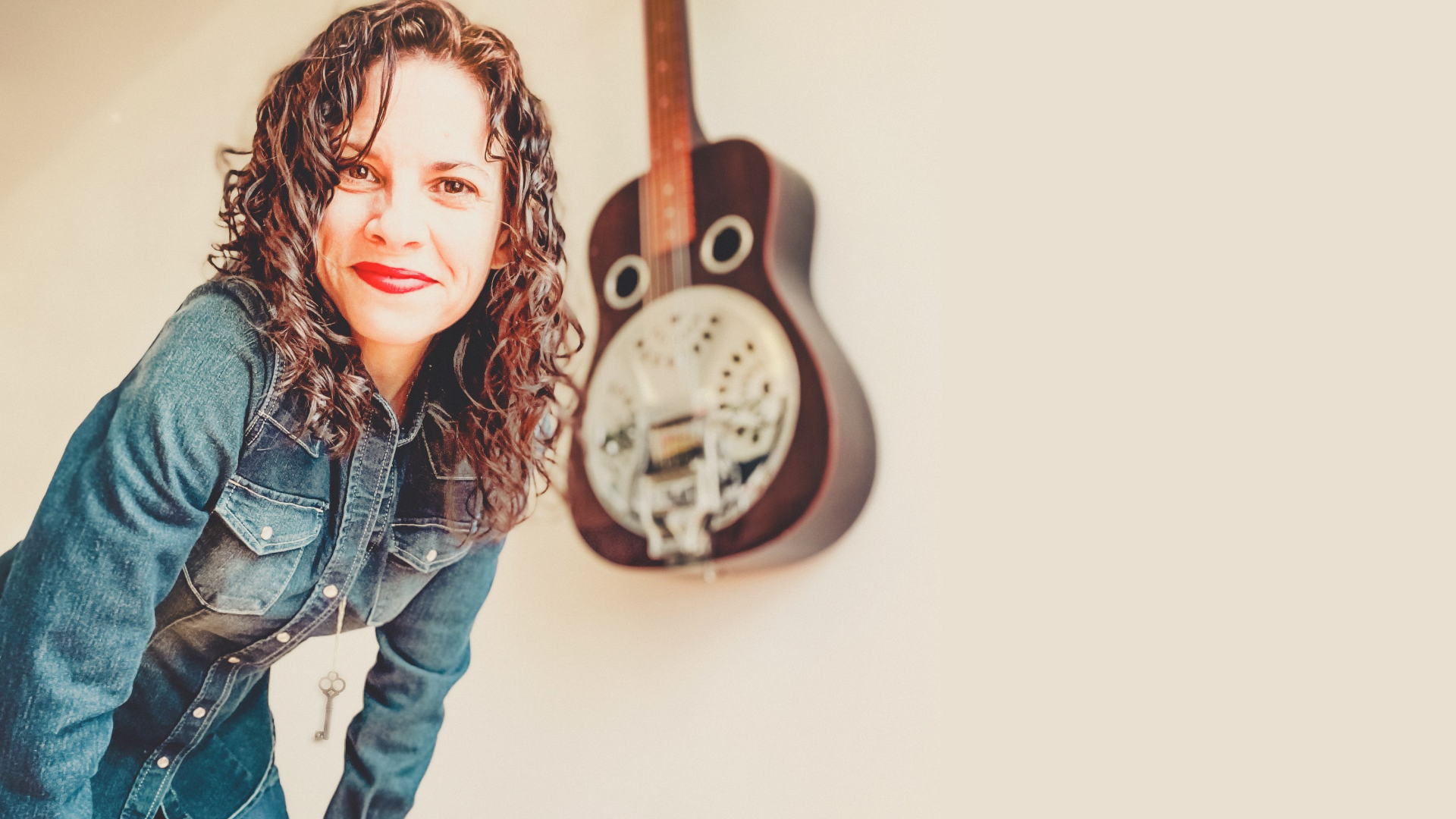 NEW YORK (February 4, 2022) – Red Molly’s Abbie Gardner announces the release of her solo album, DobroSinger on May 13. The Americana album centers around Gardner’s resonator skills with acoustic and sparse arrangements encompassing touches of blues and bluegrass.

Gardner traveled across the country as a solo act, but when everything shut down in 2020 she had the opportunity to make the record she’s always dreamed of making. Using a tiny closet recording studio in her home in the shadow of NYC, she gathered a collection of songs and recorded them raw – singing and playing without a band, without separating the voice from her instrument, and without any studio tricks to hide behind. The result is intimate – you can hear every breath, every chuckle, as if you are in the room with her.

The song “See You Again” encapsulates the loneliness and sense of restless waiting we’ve all been feeling in the line “even time holds her breath.” The opening track, “Down the Mountain” starts with a powerful bluesy stomp, but later begs, “send my prayers down the river in little paper boats, they’re too heavy for heaven so I hope they float”. The song earned her a slot in the 2021 IBMA Songwriter Showcase and was also featured on Phil Leadbetter’s “Masters of Slide” CD.

While recording DobroSinger Gardner started having nerve pain in her hands and neck. At one point she was limited to only three minutes per day with her instrument.  She says, “It’s terrifying for a musician’s ability to play to be threatened in this way. It really messes with your sense of identity, not to mention career plans.”

Rather than look at it as a limitation, she looked at it as an opportunity. The experience led her back to Occupational Therapy where she started studying hand therapy with the intention to eventually help other musicians with similar problems while seeking out a greater understanding of her own issues. “This is something 90% of musicians go through (as far as injuries and overuse anyway) but for some reason, there’s shame and fear attached to it. I guess I’m navigating that side of it too.”

She’s taking a while to regain strength and learn to play in a way that doesn’t cause pain, but that isn’t keeping her from planning for the future. In support of the album release, she’s planning to resume live shows this summer including two confirmed dates at festivals in July (Endless Mountain Music Fest in NY and New Bedford Folk Festival in MA).