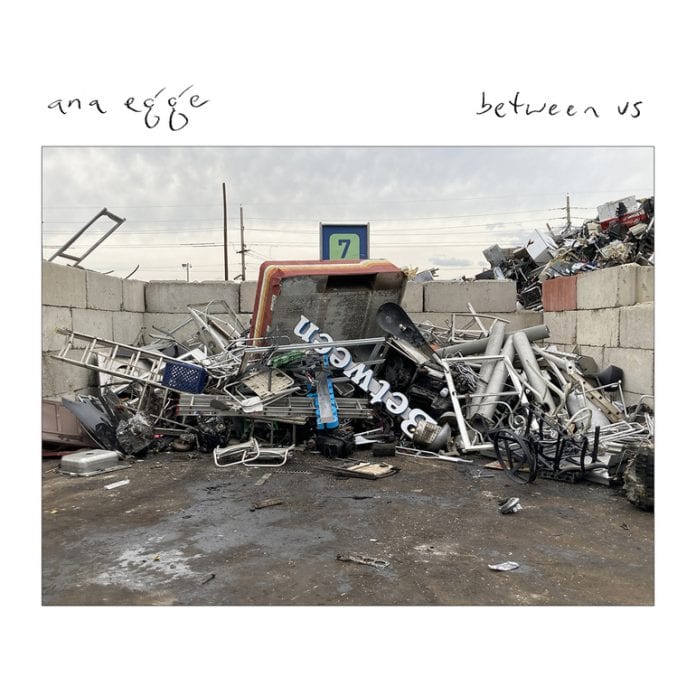 BROOKLYN, N.Y. — When conceiving Between Us, Ana Egge knew she wanted to do something new and different for her 12th album. The process started early in the pandemic, when she began collaborating online with Irish singer-songwriter Mick Flannery, whose path she had crossed at festivals over the years. They would FaceTime regularly for two-hour songwriting sessions. “It was so fun, and the writing happened so easily — it was almost eerie,” Egge admits. “Almost every time we’d meet up, we would write a whole song.” Nine of Between Us’ 11 songs came from these virtual sessions. They wrote so many songs, in fact, that Flannery, himself an award-winning musician, is doing his own album including some of their collaborations.

Between Us is set for release September 17, 2021 on StorySound Records.

Egge also added another new element to her songwriting when she started a dream journal after realizing so many songs and melodies were appearing in her dreams. When she would become aware of dreaming about a song, she would wake herself up and hum the song idea into her phone. Her dreams, she reveals, were the genesis for many of the album’s tunes.

Searching for a producer with a fresh sonic direction to bring these brilliant, thought-provoking songs to life, Egge met with Lorenzo Wolff after being fascinated by his work on the recent Judee Sill tribute Down Where the Valleys Are Low. They quickly found a common wavelength on how to approach her music. “She was interested in making a big, messy record that reinforced the message of this beautiful collection of songs,” Wolff explains. “I was able to make sonic choices in a very deliberate way to reinforce what she was already saying so eloquently in the songs. And since Ana has such adventurous ears, she would not only be accepting of this landscape, but push the arrangements into even more ambitious territory.”

While Egge has long written insightfully about relationships, the stressful, ominous feelings caused by the pandemic and social unrest led her to take a “let’s get to the truth — let’s do that right now” attitude with her songwriting. On tracks like “Sorry,” “You Hurt Me,” “We Let the Devil,” and “Heartbroken Kind,” she delves into the complexities of troubled relationships — no one is free of blame; everyone has the ability to take some accountability for their actions — as well as the ways “to have some type of bridge between the space between us.”

“Lie, Lie, Lie” and “We Lay Roses” were so personal to Egge that she felt compelled to include them on Between Us. “Lie, Lie, Lie,” the one song she wrote solo, addresses the frequently impossible attempt to make a loved one break out of his judgmental intolerances and hateful behavior. Egge wrote “We Lay Roses” with Grammy-winner Gary Nicholson as a eulogy for her nephew; she hopes it can help people in grief “who are looking for a song about honoring someone and letting them go.”

The idea of accountability also factored into selecting musicians for the album. Aware of how few people of color she had worked with in the past, and how few she has encountered in the acoustic music scene, Egge prioritized diversity among the musicians she worked with on this record. “It’s up to me to work for an equitable, inclusive community as much as I can in my life and career,” Egge states. “I can be one of the people trying to make a difference; even though that might be small, it’s still in the direction that I want the world to be moving in.”

The players Egge and Wolff assembled were all people she had never played with before (except for backing vocalist J. Hoard) and they brought eclectic musical backgrounds to the music. Corey Fonville, who told Wolff that “no one ever calls me to play on this kind of stuff,” drums in the jams and jazz group Butcher Brown. Bassist Michael Isvara Montgomery and guitarist/steel guitarist Jonny Lam are part of the African psych-funk outfit Sinkane. Egge had seen flautist Anh Phung performing in a bluegrass band. New Orleans-schooled keyboardist Jon Cowherd has a long association with Brian Blades (Joshua Redman, Daniel Lanois, Joni Mitchell), while the horn players’ credits range from Ricky Martin to Rhiannon Giddens.

“All the players are so incredible,” Egge says. “Friendships have begun and I love how the album turned out!” Wolff (who also plays on the album) and Egge gave the musicians a lot of free reign. “It was really fun to hear the sounds that they came up with.” The percussion/drum-like sound on “You Hurt Me,” for instance, was actually played by Anh Phung on the flute. And the whimsical sound effects in the groove-heavy “Want Your Attention” were created by Egge’s seven-year-old daughter singing through a $19 echo microphone.

Egge acknowledges Between Us won’t help those trying to categorize her music; however, the album does connect to her prior work. Synths and horns, for example, also were used on White Tiger and Is It the Kiss, although acoustic instruments are less prominent on Between Us. Egge remembers how much she has always loved Emmylou Harris’ Wrecking Ball and that groundbreaking album (which also features Cowherd’s frequent collaborator Blades on drums) provides some genre-splitting context for Between Us. “Synthesizers were one of the first things I heard, along with Willie Nelson and Bob Marley,” Egge elaborates. “It’s all totally natural and part of the air that I breathe just as much as pedal steel is. Even though some people might not call it organic, it really is to me.”

Egge burst onto the music scene with her debut album, 1997’s River Under the Road, which All Music noted “signaled the arrival of a unique songwriting perspective and moving new voice.” She was named “Best Singer Songwriter” and “Best Folk Artist” the following year at the Austin Music Awards. Since then, Egge has consistently garnered praise for her music, and has worked with producers Steve Earle, Joel Plaskett, Alec Spiegelman, and Stewart Lerman and appears on albums by The Stray Birds and The Sentimentals. No Depression hailed her 2017 release, White Tiger, as “nothing less than a balm for the soul” and Folk Alley proclaimed that 2019’s Is It the Kiss brought “great, honest songs to the collective consciousness.”

In the first months of 2021, Ana released a virtual two-sided single, “This Time,” which Rufus Wainwright described as “beautiful” and Anais Mitchell called “Perfect!!! Incredible,” and “The Ship,” which, in the words of American Songwriter, “speaks quietly but defiantly of a simmering revolution brewing in the world today, reconciled only by an understanding that working together achieves a harmonious goal.”

Egge is justifiably proud of Between Us. “It was an amazing experience to work through all of those roadblocks and still come through with something so immensely beautiful,” she shares. “I really love the record so much.” Egge also loves that she has tour plans again. She’ll be hitting the road with Iris DeMent from September through December.