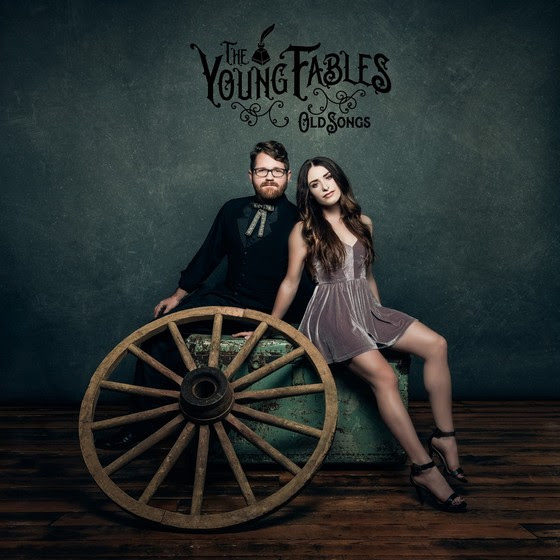 CMT Music will premiere the music video for modern traditional country duo The Young Fables’ lead single Half As Good on Wednesday, May 30. The video, filmed at Skyway Studios in Nashville, TN, was produced by LUX Collective and directed by Leland Herzog.

“We loved working with Leland and his team on this video,” says Laurel Wright of The Young Fables. “His work with our manager to create the vision and the story was incredible.  We could not be happier with the results and are grateful to finally share it with our fans with the help of CMT.”

The Young Fables’ Half As Good video will air at the following times on CMT Music on Wednesday, May 30. All times below reflect the Eastern Time Zone:

If you don’t catch the broadcast premiere, you can also stream the video by clicking here.

Half As Good is the lead single from The Young Fables’ Grammy award-winning Mitch Dane produced album Old Songs, a ten track project where all songs were either written or co-written by The Young Fables. It can be downloaded or streamed on iTunes, Spotify, Google Play & Amazon. Old Songs marks the second release for this duo that has already made a lasting impression on industry leaders. Keith Urban said they “had me immediately” and Big Machine CEO Scott Borchetta praised “a flawless vocal.” Sheryl Crow also tweeted “Just heard The Young Fables in the Nashville Airport. Laurel’s as good as any country singer out there!” For an act that has opened for Lauren Alaina, Josh Turner, Sara Evans, Chris Janson, Randy Houser, The Band Perry and Chris Lane, their intimate live show proved to be a hit selling out their album premiere at the City Winery in Nashville. The Young Fables, regulars on the nationally syndicated morning show Ty, Kelly & Chuck, were profiled on a variety of outlets leading into this album launch including multiple appearances on NBC’s Today in Nashville and WSM’s Nashville Today and Coffee, Country and Cody. In addition, they have premiered video content with AXS and Pop Culture and their engaging social media content led to social media takeovers with The Boot and Nashville Country Club.

The Young Fables will be making their official CMA Fest debut appearance on the Spotlight Stage on Sunday, June 10 at 10:30 AM.

To stay updated on The Young Fables, visit the following:

About The Young Fables

The Young Fables (TYF) are a promising modern traditional country duo comprised of three-time American Idol vet Laurel Wright and accomplished guitarist and vocalist Wesley Lunsford. The act hails from Maryville, TN and has already collected impressive accolades including the Grand Prize at the Texaco Country Showdown which landed Laurel on the Ryman Auditorium stage at age 16. Fast forward five years to 2017, TYF spent the year engaging and organically expanding their grassroots following while on the road supporting their debut release Two. This year, TYF have wrapped recording on their sophomore album titled Old Songs with the Grammy Award-winning producer Mitch Dane (Jars of Clay, Brandon Heath & Caedmon’s Call). These ten songs establish The Young Fables’ sonic home in the Country/Americana community as a modern proclaimer and preservationist of classic country’s storytelling roots.