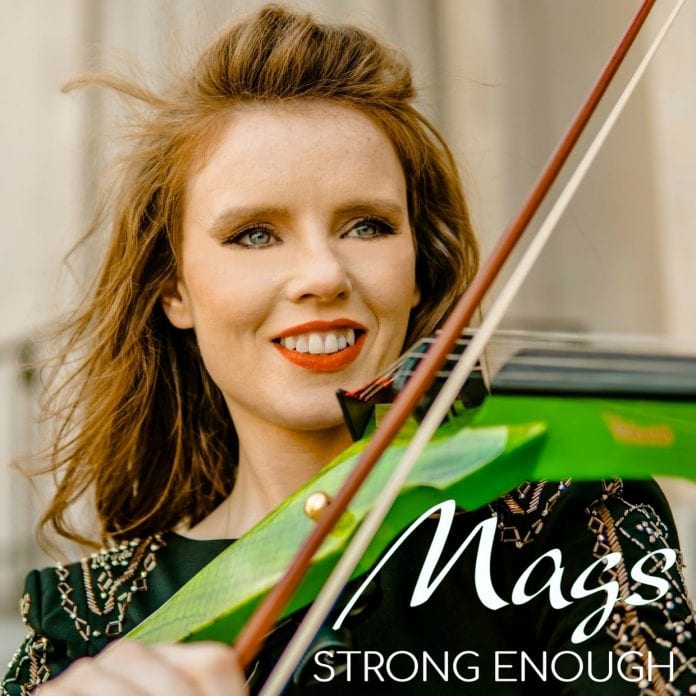 NASHVILLE, Tenn. (May 30, 2018) – Since establishing her residency in Nashville just five short months ago, Ireland native Mags McCarthy (Mags) has been quick to make her mark in Music City as a “must-see” entertainer. Mags made the grade to take the stage at CMA Fest; she will make her CMA Fest debut on Thursday, June 7 appearing at the Maui Jim Broadway Stage @ Hard Rock Cafe. Fans can also catch her high-energy performance during “Country Music’s Biggest Party” at these locations:

“I grew up listening to country music and recordings from Dolly Parton to Patsy Cline. The simplicity of the lyrics and the characters of the artists who translated the music of yesteryear just hit home and Nashville feels like home! The event such as CMA Fest help to ‘break’ artists to become legends; the opportunity to perform is a dream come true,” Mags said.

Mags’ passion fuels each and every performance. She captivates her audiences with impressive and expressive vocals and spitfire energy. Mags recently celebrated the release of her new country breakout single, “Strong Enough;” she is prepared to formally introduce the track LIVE before the country music enthusiasts attending the annual country music festival.

Mags McCarthy is an eye-catching and captivating vocalist, dancer and multi-instrumentalist hailing from County Cork, Ireland. MAGS began her musical arts pursuit as a four-year-old studying Irish dancing. Catering to an undeniable musical hunger, MAGS expanded her curriculum to explore and learn a variety of dance styles as well as musical instruments with primary concentration in violin. Courted by the world-renowned Irish dance troupe, Rhythm Of The Dance, the UCC (University of College Cork) student became a global performer nearly overnight. The 29-year-old singer-songwriter and composer has since canvassed 40-plus countries, performing before millions as the principal lead of the dance troupe and a solo-touring artist.

Embracing the talents of the extraordinary artists who influenced her, MAGS infuses energy and sounds from Elvis Presley, Dolly Parton, Loretta Lynn, Shania Twain, Bruce Springsteen, Charlie Daniels, Johnny Cash and Garth Brooks into her live performances. She has received warm welcome to perform before notable dignitaries (President and First Lady Michelle Obama (at the White House), the President of Ireland, the Mayor of Shanghai, Members of the British Royal family, the young Prince of Luxembourg in Chelsea, London, England and European Parliament in Brussels) as well as numerous majestic locations (Dublin Castle, Lismore Castle, Waterford Castle, Blarney Castle, Ashford Castle and Blackwater Castle). Since laying stake in Nashville, Tennessee in 2018, the former high school music teacher has taken center stage at Dollywood, Wildhorse Saloon, Hard Rock Café, 12th & Porter and many other historical Music City venues. In the past two years, her show schedule has tallied more than 600 shows.