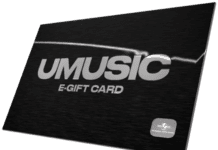 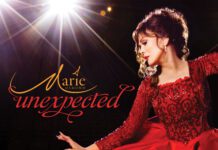 Recorded earlier this year at Nashville, TN’s Rock Falcon recording studio with producer Nick Raskulinecz (Foo Fighters, Alice In Chains, Rush), Vicious is available for pre-order beginning today at all DSPs and streaming services: https://Atlantic.lnk.to/ViciousPR. All pre-orders are joined by an instant download of “Uncomfortable.”

Halestorm will discuss the upcoming album in several live events tomorrow, May 31st. The band will first participate in a Facebook Live interview with hard rock and heavy metal site Loudwire.  Tune in to https://www.facebook.com/LoudWire/at 12:45 PM ET.  Next, Huffington Post Managing Editor of Culture Lauren Moraski will host an interview and live Q&A as part of the BUILD Series at 3:30 PM ET (tune in at buildseries.com), followed by “An Intimate Evening of Music & Conversation with Halestorm” at New York City’s Sony Hall. Presented by BackStory Events, that concert will include a long-form interview by journalist and founder of the Women’s International Music Network, Laura B. Whitmore, audience questions, and an exclusive performance. The sold-out event will be streamed live via the official Guitar World YouTube channel beginning at 7 pm ET.

Widely acknowledged as one of the most vital and iconic bands in modern hard rock, Halestorm made a spectacular debut with 2009’s self-titled first LP, followed in 2012 by the blockbuster “THE STRANGE CASE OF…” – highlighted, of course, by the GRAMMY® Award-winning smash, “Love Bites (So Do I).”  Both of those albums went on to be certified RIAA Gold.

Halestorm’s acclaimed third album, “INTO THE WILDLIFE,” made a stunning top 5 debut on the SoundScan/Billboard 200 upon its April 2015 release while also entering Billboard’s “Top Hard Rock Albums” tally at #1 – both marking Halestorm’s highest chart placement to date. “INTO THE WILDLIFE” is highlighted by the record-breaking smash “Apocalyptic,” which ascended to #1 at rock radio outlets nationwide, as well as the top 5 Active Rock favorite, “Amen” and “I Am The Fire.” Companion videos and much more can be found at Halestorm’s official YouTube channel, HalestormRocks.

One of the hardest working bands in rock or any other musical genre, Halestorm has spent much of its lifetime on the road, performing thousands of shows since their inception.

All Dates w/In This Moment except