“With these songs, I wrestle the duality of my inner angels of darkness and light. I am tempted to solve the mystery by striving to get from one to the other; sorrow to joy, grief to healing, even death to life. It is at the crossroads of our light and darkness that we come alive and discover soul. I am rediscovering my soul.”
– Angela JosephinE

Daylight, the long-awaited, full-length album from indie-folk artist Angela Josephine, is scheduled for release on May 4, 2018. This project is at once a folk-rock opera and personal exploration; the listener is drawn into the narrative of a woman caught in the dark night and her revelatory journey toward soul.

Recorded in Detroit and Ann Arbor, MI with producer Chris Bathgate, Daylight expands the sonic palette of Josephine’s work as well as showcasing her on a variety of instruments (guitar, mandolin, hammered dulcimer, piano, Wurlitzer, organ, synth). From the cinematic prelude that is “This Light” (also the first single) to the haunting finale “Face to the Wind,” an expansive landscape of wilderness unfolds with unexpected beauty and lush discovery. Seven years ago, Josephine first began the demos for this album after a season of caregiving and subsequent loss. She gravitated to her origins – the rugged landscape of Michigan’s Upper Peninsula and her childhood hometown of Munising. She loaded her SUV and followed the pull north.

“There has been a kind of poetry in this journey,” Josephine says. “I recorded the line in a demo, ‘Seven years ago I saw the moon drop to the earth and in the darkness, I saw pieces of the sky,’ in my mom’s pole barn literally seven years ago. Here I am today, and this lyric is underscored by the recent passing of my mother and the realization of a full-length album. Working again with Chris Bathgate (producer) allowed me to plumb the depths of my creativity and explore soundscapes that I’ve been drawn to.”

“This Light” sets the stage for the narrative that plays throughout the album—self-exploration. “Every song furthers the arc of the woman in the story,” Josephine explains. Digging at the gritty soil with “Got to Believe” reveals a more inclusive world and will have one brushing off the vestiges of tired beliefs. Bathgate contributes vocals for the sultry, powerhouse of a song called “Go Easy,” which leaves one wondering if it is a break-up song or a song about identity.

“Daylight” is the most Americana folk song of the album. “We had the best time recording this!” she recalls. “We grabbed all these quirky instruments and just started to make noise. I stumbled upon the sweet little melody with bells that you’ll hear in the chorus, and I will give a free album to the first person who can correctly identify what Chris is doing for the percussion throughout the song.”

The instrumental “40 Days” takes the listener to a place of exile, and the accompanying music video has Josephine on a windswept cliff in Northern Ireland while she plays hammered dulcimer against the backdrop of the North Channel. One gets the feeling that this is the turning point in the narrative, where struggle becomes empowerment, where Celtic folk becomes badass folk-rock. “River Rising” is a haunting retelling of the story of Rahab filled with round beefy bass notes, fiddle, and cyclic mandolin and drums. The album closes with “Face to the Wind,” a reprise of “Stone Bright Solid,” the title song from Josephine’s 2012 EP that is a precursor to and companion to this album. “I wanted a raw and vulnerable moment that highlights the message of the album—that in our brokenness we ultimately find life,” she says. The cathartic joy found throughout the album is a validation that the darkness may, in fact, be daylight in disguise.

Over the course of her music releases, Josephine’s words have always had a way of peeling back the superficial, stripping us down to raw experience. Tony Cummings of Cross Rhythms Magazine UK says, “Angela Josephine shows herself to be a poetic songwriter able to pen songs that get under the shield of the post-modern muse with power and poignancy.” She has been compared to “a modern, female Nick Drake” (David Faulkner, CRD), while Northern Express reviewer Kristi Kates cited “a more jaded Sarah McLachlan.”

Josephine has released three titles prior to Daylight: the self-produced debut album, A Restful Sense of Urgency (2002); the unapologetically spiritual Grace Exhaled (2005), a finalist in the 2006 Detroit Music Awards; and the lyrically rich, sparse-yet-lush Stone Bright Solid – Volume 1 (2012), which was packaged in a tin box with magnetic photos and magnetic words from song lyrics. In 2007, Josephine was an Artist Ovation Contest Winner for Unity Festival in Muskegon, MI, and her song “Spirit of Motherhood” received an honorable mention in the Great Lakes Songwriting Competition. In 2011, she again was a finalist for the Detroit Music Awards in the category of Best Instrumentalist for hammered dulcimer. She has participated in ArtPrize, performing with artists who interpret music with paint, and Josephine is also a juried painter herself, as well as a published poet. 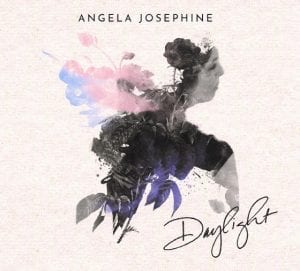 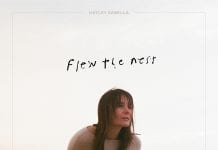 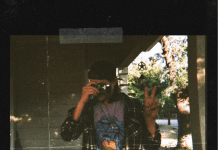