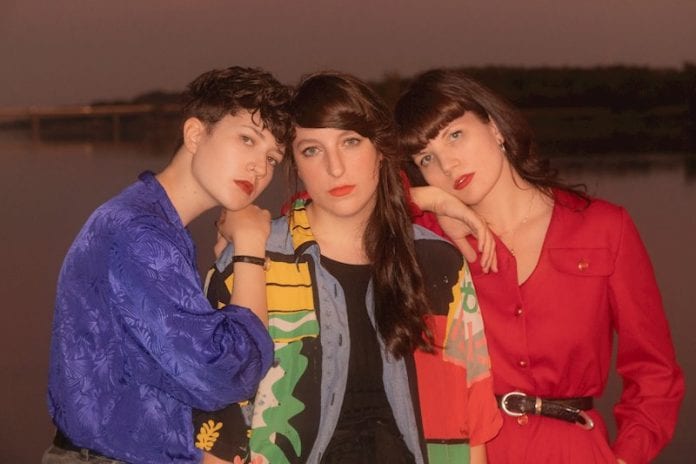 Teenage angst has paid off well, DIVES are now ready to have it all. DIVES know their capabilities, their strengths, and the songs they want to write. On their first album, titled Teenage Years Are Over, they now become an essential integrant within Europe’s big indie-bands.

With their first EP, DIVES got off to a dream start: In Dresden, they played in front of 12,000 people, headlined the Viennese Popfest, toured with Courtney Barnett, accompanied the Vengaboys at the Viennese Ballhausplatz and played various shows as support to established artists (Franz Ferdinand, Bilderbuch). Three years have passed since their formation at pink noise Girls Rock Camp and ever since, they not only toured Central and Eastern Europe, crashed big stages and important industry festivals (Reeperbahn Festival, c/o pop), but also did not back away from well-known underground venues (8mm Bar, Ostpol Dresden).

On their debut Teenage Years Are Over, DIVES channeled their energies together with producer and label-mate Wolfgang Möstl (Voodoo Jürgens, Clara Luzia, Nino aus Wien). Their album is going to be released on the Viennese label Siluh Records. DIVES earned their spurs on tour and now they only comply with their own rules. For doing so, they do not need permission or well-intentioned advice.

DIVES accompany Surf-Garage-Pop with emancipated lyrics. They don’t shy away from speaking their mind. There’s no crying over missed chances, no pointless vanity, and no fake pretending for the sake of being part of something. This mindset also shows in their thoroughly produced music videos, most recently for the song Chico for which they teamed up with director Kevin Pham. It accentuates the trio’s refined aesthetics while they are riding a speedboat over the Vienna’s Danube River. On their first, full-length record, DIVES wave good-bye to the initial doubts – “Are we good enough? Where do we want to see ourselves? What will happen if our youthful easiness is gone?”. They found their answers: On the stage, in their songs and finally in themselves as friends and companions.