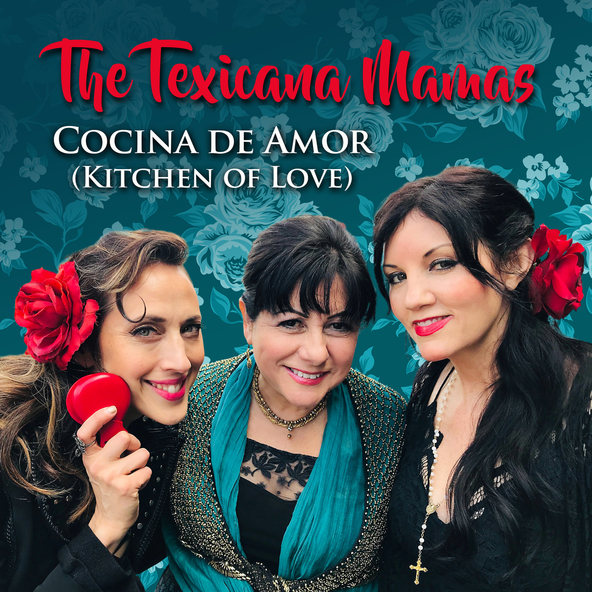 NASHVILLE — June 26, 2020 — Latina Americana artists Tish Hinojosa, Stephanie Urbina Jones, and Patricia Vonne have joined forces and blended their thriving solo careers into a brand new project, The Texicana Mamas. All three women, who have had highly successful careers as singer-songwriters on their own, decided to combine their musical traditions to create a project which radiates love of family, passion for storytelling, and compassion without borders.

With an album on the horizon scheduled for late summer, The Texicana Mamas are releasing their debut single today. “Cocina De Amor (Kitchen of Love)” was co-written by all three women, and is the perfect launch point for the project.  A joyfully contagious Spanglish sing-along number, the Mamas (as they refer to themselves) harmonize flawlessly and invite the listener to be as joyous as they are.

The video for “Cocina De Amor (Kitchen of Love)” is one more layer in The Texicana Mamas’ mission to celebrate and honor the love of family, and culture, and features not only The Texicana Mamas in their respective kitchens but also footage of fans, family and friends in their kitchens from all over the world. It is filmed in the COVID-19 “at-home” style everyone has become accustomed to during these times.

“There is nothing more wonderful than coming together with family and friends, whether it’s online or in-person, to cook up love and good times in the kitchen,” says an enthusiastic Urbina Jones. “The Mamas hope this fun song and video will inspire people everywhere to turn up the music, dance in the moment, and enjoy the simple things in life with the ones you love.”

The concept of The Texicana Mamas grew out of a magical music moment that took place at the legendary Nashville venue, The Bluebird Café. A place where songwriters come to offer their art in the purest of forms, Hinojosa, Urbina Jones, and Vonne performed there together in 2018, as part of a writer’s round along with songwriter James Slater. The evening was specifically to celebrate Latina writers during Hispanic Heritage Month. The moment was inspiring, not only to the audience but also to the women on stage. The obvious next step for them was to write new material and head into the studio.