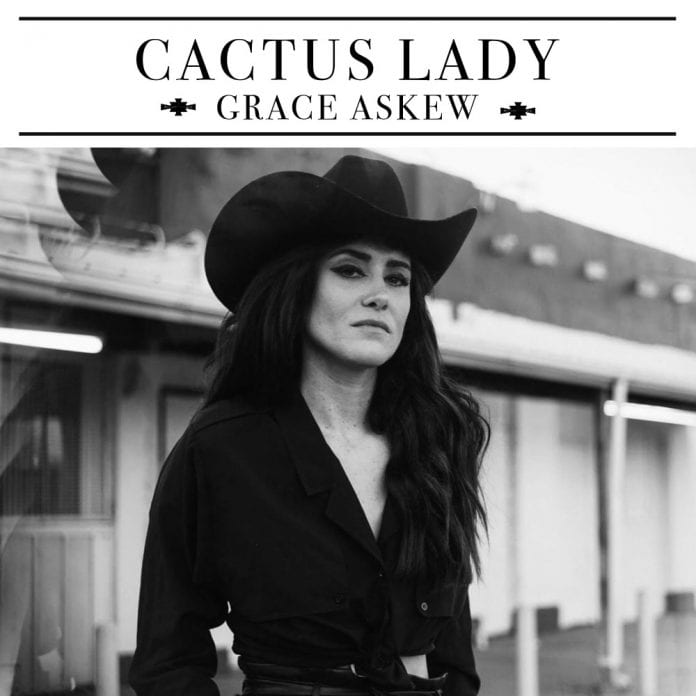 Red dirt/Americana, singer/songwriter Grace Askew dropped her enigmatic new single “Cactus Lady” on September 25th. The dark, atmospheric track, lead by Grace’s infectious vocals instantly transports you back to another time and place. With a sound that she is dubbing “Southwest desert Noir,” “Cactus Lady” is a sonic gem, filled with smoke, grit and all the allure of Grace Askew’s gift for storytelling.

“I was driving from White Sands National Monument towards Roswell, having wrapped a photoshoot for Wrangler and Stetson, headed for a gig. In route, I passed an abandoned adobe building with the words “Cactus Lady” faded on the side and I told myself…that’s a damn song! I can remember immediately starting to take voice memos on my phone while driving, brimming with ideas of what ended up becoming the story of a desert highway strip club with a stripper who went by the name ‘Cactus Lady’.”

One of Grace’s most notable accomplishments thus far was her appearance on season four of The Voice where she had both 2012 CMA Entertainer of the Year Blake Shelton and three time Grammy award winner Shakira turning their chairs after an incredible performance of “These Boots Are Made For Walkin”. The clever rendition landed her a spot on country music star, Blake Shelton’s team with Shelton commenting, “I knew within the first couple lines of the song that I was completely into you. I really like what kind of artist you are.”

Askew has been labeled by the legendary Rolling Stone magazine as “raw, real, and righteous” and is looking forward to sharing her new project with her fans in 2021. You can find Grace’s new single “Cactus Lady” on all streaming platforms now and follow her on Instagram @graceaskew for more updates on her music.