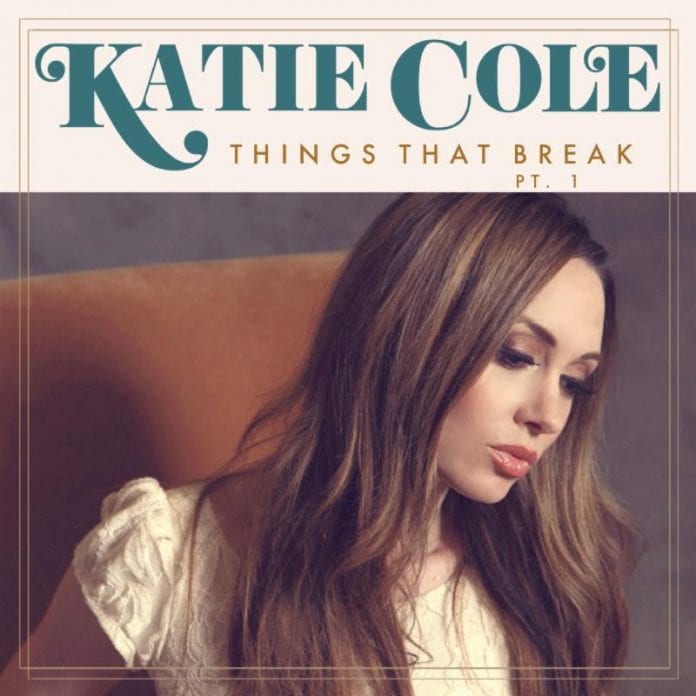 NASHVILLE, Tenn., — October 12, 2018 — Australian born singer-songwriter and instrumentalist Katie Cole has released her newest offering, Things That Break, Part 1, featuring rootsy instrumentation, weaving Americana moodiness with Cole’s own brand of soaring melodies. Cole’s EP has been highly anticipated by fans all around the globe, as she has spent years touring with worldwide sensation, Smashing Pumpkins. The first single, “Time On My Hands,” premiered on American Songwriter, regarding the song as “a spare acoustic ballad that showcases Cole’s vulnerable vocal.” Australian-based Happy Mag debuted “Graceland,” complimenting the gospel-infused track saying she “crafts an endearing slice of alt-country that feels simultaneously vulnerable and strong.” While not on tour, Cole resides in Music City where she was recently interviewed on Nashville’s most beloved independent radio station, Lightning100.  Cole is joined on the recording by acclaimed session musicians Fred Eltringham (drums), Tim Pierce (guitar), Jimmie Lee Sloas (bass) and Tim Lauer (keys). The resulting music is both personal and profound, akin to the storytelling of Patty Griffin or Lucinda Williams.

Cole’s story is a unique one and involves some great luck and a whole lot of fearlessness. As a kid, she loved to sing, and in her teenage years, she taught herself piano and then guitar, studying everything from 80’s pop to Beethoven. Around age 16 she started gigging, playing mostly covers gigs at bars and pubs across Australia. As a bandleader, her personnel options were limited, so she often found herself responsible for all of the parts; teaching bass lines, making charts, and explaining harmony vocals, while relying completely on her ear for guidance. She was always obsessed with records and would study every person involved in a recording, from the musicians to the engineers, and especially the producers. “I actually put a list of my dream producers on my website – it was just a pipe dream, you know, it aid ‘by the way if anyone knows so-and-so, I’d really like to work with them”.

As luck would have it, one of her top 3 dream producers, Howard Willing (Ok Go, Sheryl Crow, Glen Campbell) actually found the site, listened to her music, and invited her to come out to Los Angeles. “It’s something that doesn’t happen, but it happened to me!” she muses. Cole’s first ever trip to Los Angeles paid for out of her own pocket, was the beginning of her American music career. After a meeting with Willing, her plan was formed. After months of work back in Australia, and a lot of money saved, she secured a Visa to live in the United States, and with a production deal signed, she picked up everything she knew and moved to Los Angeles. With Willing, she created her first double EP, Lost Inside a Moment / Melodiem  and then a full length LP, Lay it All Down, which included the song “Penelope”, featuring Kris Kristofferson. Both recordings gained some traction and radio play, especially in the United Kingdom, and led to high profile opening spots for Glen Campbell and theSmashing Pumpkins, a gig that would turn into years of touring work when Billy Corgan asked her to join the band on bass and vocals then later, on keys.

Despite the seemingly dreamy opportunities, it hasn’t been an easy road for Cole. “My mother was diagnosed with Multiple Sclerosis, and then Breast Cancer. She won her battle with cancer, but just recently it seems to have resurfaced in a potentially really scary way. I learned so much of who I am as a human from my mum, and being away from her right now has been awful,” she says. “I know she’s happy that I’m over here pursuing a dream. I can’t be in two places at once, but I would drop anything in a heartbeat to be where I need to be for her.” IN the gospel-inspired song, “Graceland,” she writes, “It’s a long road I’m on to get me here / when all the lights have gone out but the stars / so I’ll follow them, wherever they lead me dear / far away, far away from your heart.” Her emotive vocals ring clearly throughout the EP, from the heartfelt, acoustic “Time On My Hands” right through to the Lou Reed/Nico-infused “All My Winters.”

Despite the challenges that she has come up against, Cole has never fallen into the trap of making music solely for the purpose of commercial success. “I really have had to give up a lot to get where I am,” she says. “I just want to make music that makes me excited and proud, and if i’m being truthful in it that will make me really happy. If I’m not doing that, with everything I’ve sacrificed, what would be the point?”

Cole pins Things That Break, Part. 1 as her “most personal recorded work to date,” honing in on subjects she shied away from before such as heartbreak, grief, addiction, and toxic relationships. Her emotive vocals ring clearly throughout the heartfelt, acoustic single, “Time On My Hands.” “This song more than anything is about patience and being honest about your own heartache. I suppose there’s a point many people get to after a relationship ends where you have no choice but to give into your circumstances and just wait it out. This story is also about the possibility that there is perhaps something better to come and a reminder that all things whether good or bad, will pass.”

Cole’s EP,  Things That Break, Part I is available everywhere, with Part 2 releasing in early 2019. For more information, visit her website at www.katiecoleofficial.com. 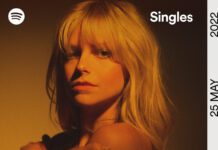