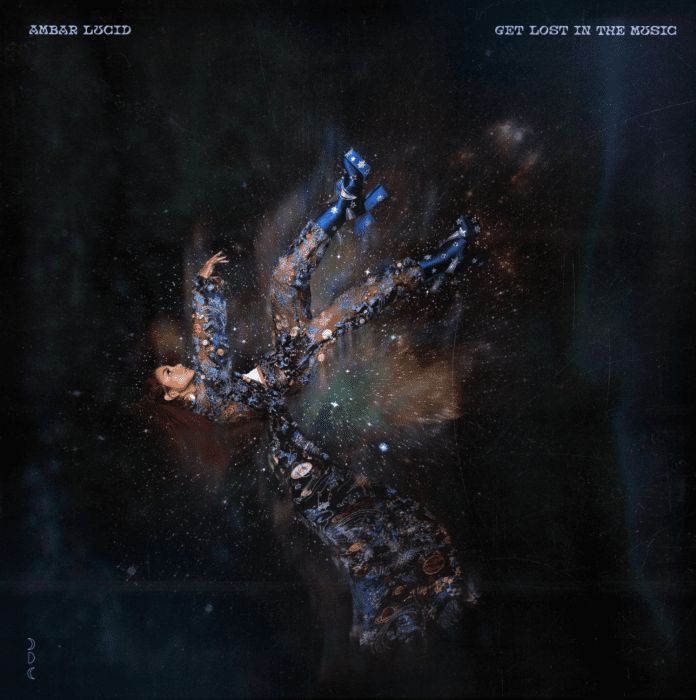 June 18, 2021 – Rising star Ambar Lucid is defying the norms. The Dominican / Mexican songstress has been at the forefront of the new wave of Indie Latinx artists in America and has no plans to slow down. Today, Ambar unveils her highly anticipated EP Get Lost In The Music. Ambar’s eclectic sound and dynamic lyricism continues to take her listeners to her own dimension. The entrancing “Un Animal (Divina Existencia)” leads the way with a vibrant, acid washed visualizer that embraces the journey within – watch here. Get Lost In The Music EP further solidifies Ambar as a trendsetter in Latinx-style pop music and sets the stage for future releases.

The EP comes in the wake of her latest single “Get Lost In The Music,” a retro inspired song paired with a kaleidoscopic video that continued Ambar’s spiritual music journey while showcasing her hispanic pride – watch here.  Drawing inspiration from Ambar’s own passion for astrology and tarot card reading, the video is riddled with Hispanic staples, including lotería-style cards with a strong resemblance to herself, vaquero-inspired outfits and a woman embellished with Dia de Los Muertos-style makeup.  The 20 year old’s lyrics also manage to effortlessly slip between Spanish and English when it suits her mood or the composition–effectively drawing an image of her culture and upbringing. Her highly acclaimed single “A letter to my younger self” serves as an evaluation of the effects of her father’s deportation and has accumulated over 19M streams. In addition, Ambar released a documentary chronicling the reunion of her and her father called Llegaron las Flores – watch here.

Get Lost In The Music is an anthem for letting go of all the negative in the past year and, well, getting lost in the music.

Ambar was raised not too far from New Jersey and spent her childhood dreaming of a brighter future singing to her abuela, and finding refuge in pop artists such as Kali Uchis, Lady Gaga, Kesha, Selena Gomez. Her dreams eventually manifested themselves into reality as she soon realized that music was and could be her destiny. An ambitious and multi-talented artist, she developed into a self -taught ukulele, piano, and guitar player. With her new skills formed by Youtube and her dreams of being an artist, she began to upload her music to Soundcloud. There, her superior command of music and it’s components inherently attracted a large and passionate fanbase who would eventually contribute to nearly 4 million views on Youtube.

On a mission to touch as many souls as possible, Ambar is manifesting radical self love and empowerment with her music. In her own words, “I’m healing our generational trauma.” With 500K monthly listeners on Spotify and over 50K followers across social media, Ambar is continuing to do just that. Gaining praise from renowned media such as Pitchfork, The Fader, NME, Complex, to name a few, Ambar is a true One to Watch and is included in Fender Next Class of 2021. With Ambar, the future is as free-flowing and unpredictable as herself–be on the lookout for surprise appearances this summer.