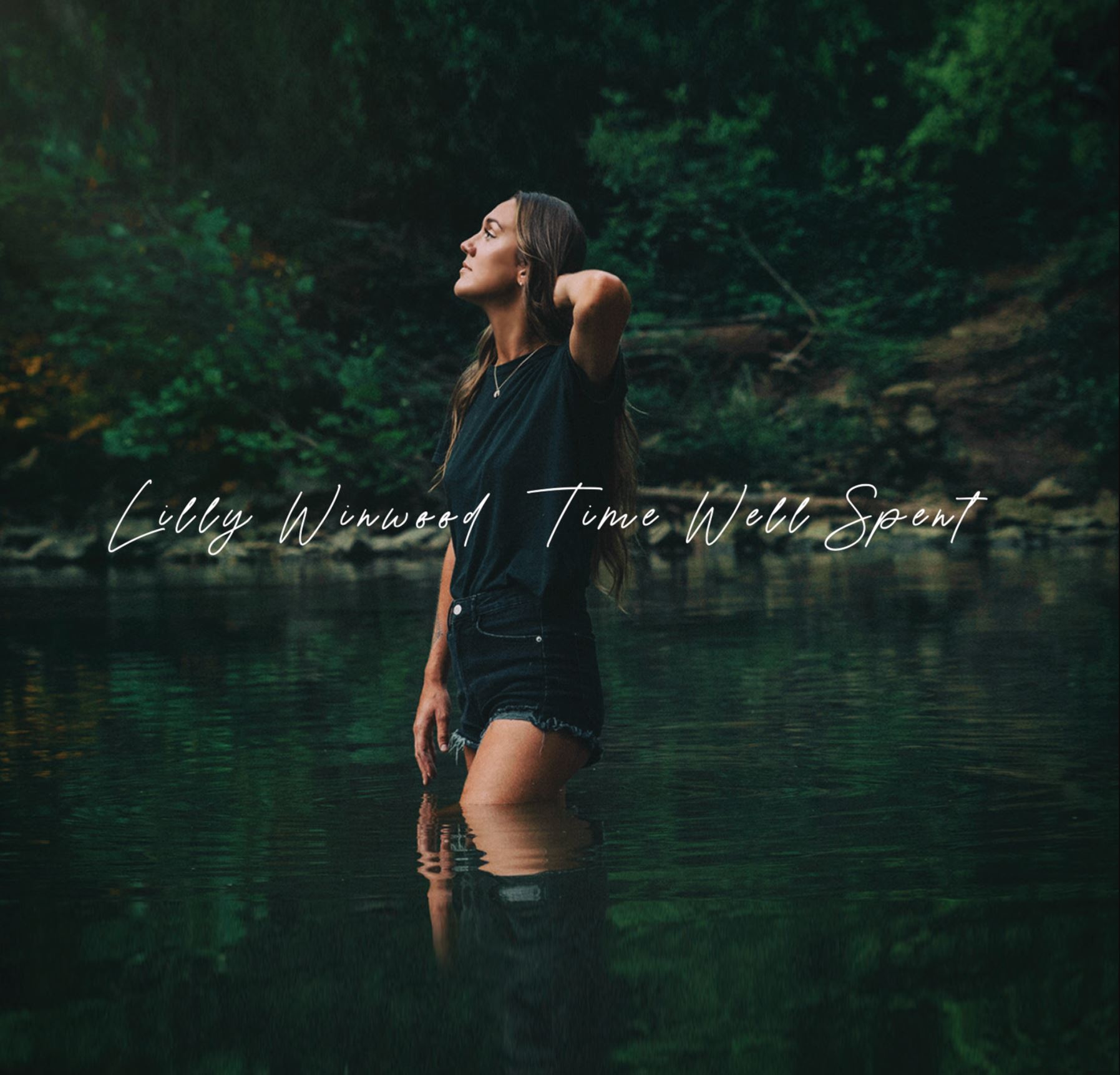 Americana artist, Lilly Winwood, recently released her debut album, Time Well Spent. Winwood gives a glimpse into her personal experiences with her wise beyond her years of writing. Her rootsy voice is the perfect compliment as she explores coming of age themes of going through finding love, making mistakes, waiting for karma to catch up and discovering her true self. Listeners will be able to find themselves throughout the album. Listen to Time Well Spent here.
“I’m excited to share these songs with you that I have been working on for so very long. I hope that they speak to you and take you on a journey of your own,” says Winwood.

About Lilly Winwood
After feeling that the countryside of her native Gloucestershire, England felt too familiar, and London was, in her own words, “so big, so expensive, and reeked of havoc and loss and all that good stuff,” she decided to spend a few weeks in Nashville, where she spent her childhood summers, but ended up staying instead. As the daughter of classic rock legend Steve Winwood, she grew up playing and writing. Winwood’s debut EP, Silver Stage, chronicled the journey through earnest coming-of-age narratives and a sound that—much like her father’s work—offers an English take on traditional American roots music. Backed by Nashville-via-Australia producer Joshua Barber (Gotye, Archie Roach), the songs on Silver Stage blend Bonnie Raitt’s world-weary vocals, My Morning Jacket’s ethereal twang, and Brittany Howard’s no-bullshit bravado to create an EP that pays homage to Lilly’s singer-songwriter idols (like John Prine) and establishes the twenty-one-year-old as a writer that’s wise beyond her years. Following the release of Silver Stage, Winwood has continued on to collaborate with fellow East-Nashville-based Americana artists such as Boo Ray, with the release of their A-side/ B-side vinyl collaboration. Lilly also collaborated with Nashville based Americana artist Don Gallardo on his 7-track EP In the Name of Good Intentions where Lilly’s vocals are featured on more than half of the songs. Rolling Stone deemed Winwood and Gallardo’s “Shine a Light on Me” one of the Top 10 Best Country, Americana songs to hear now in 2019, amongst Trisha Yearwood and Tanya Tucker. Lilly has set her debut album release Time Well Spent for early 2021. This record was produced by Alex Munoz and Allen Thompson in Nashville, Tenn. at High Cotton Recording Studio. For more information visit www.lillywinwood.org.