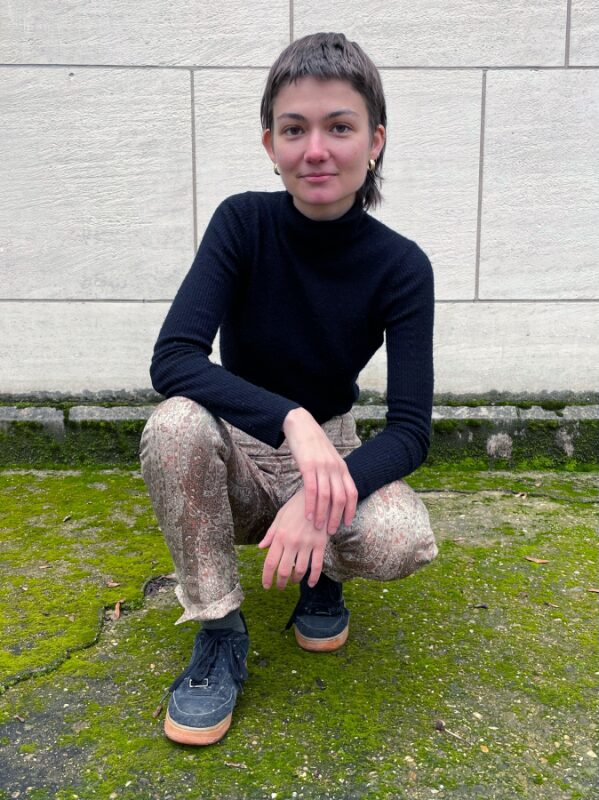 French/American vocalist, pianist, and composer Melissa Weikart today announced officially signing to Northern Spy Records and shared a new song. With “Diamond,” Weikart offers a peek into her upcoming debut album (her first release with Northern Spy). Accompanied solely by her piano, Weikart weaves a Brothers Grimm-like tale of a human who finds a precious stone — a diamond that represents true romance and mystical beauty. So powerful is this diamond that the human is put under its spell, pulled in by the weight of this immaculate discovery. Following in the footsteps of legends like Tori Amos and Regina Spektor, Weikart’s musical approach is shaped by her passion for experimental vocal harmony and formative training as a classical pianist. Melissa’s solo songwriting project has been described as a playfully intimate dialogue between voice and piano, inviting listeners into a rich, raw world of twisted melodies and exposed dissonance.

Melissa enjoys collaborating with artists across many disciplines. She has performed with Carla Kihlstedt for her multimedia song cycles Necessary Monsters and Black Inscription and composed for San Francisco-based contemporary dance company Kickbal. Beatrice Melissa, her electronic pop duo with DJ and producer Beatrice Masters, will be opening for Crumb on their upcoming European tour. Melissa DJs on her monthly radio show, Effet Désirable, and is a member of Tu mixes bien, a feminist collective combating sexism in the French electronic music scene.

While pursuing her Master’s in Contemporary Improvisation at New England Conservatory (NEC) in Boston (M.M. ’18), Melissa was awarded an Entrepreneurial Musicianship grant for “Wouldn’t It Be Nice: Pet Sounds Reimagined,” her recomposition of The Beach Boys’ Pet Sounds performed by an all-female vocal choir and rock band. The ensemble also presented a performance lecture at the joint International Alliance for Women in Music & Feminist Theory and Music conference hosted by Berklee College of Music. At NEC, Melissa studied with Carla Kihlstedt, Anthony Coleman, Dominique Eade, Ran Blake, and Hankus Netsky, and co-founded Students Advocating for Gender Equity. Earlier this year she was the winner of Nancy Jazz Up 2022.