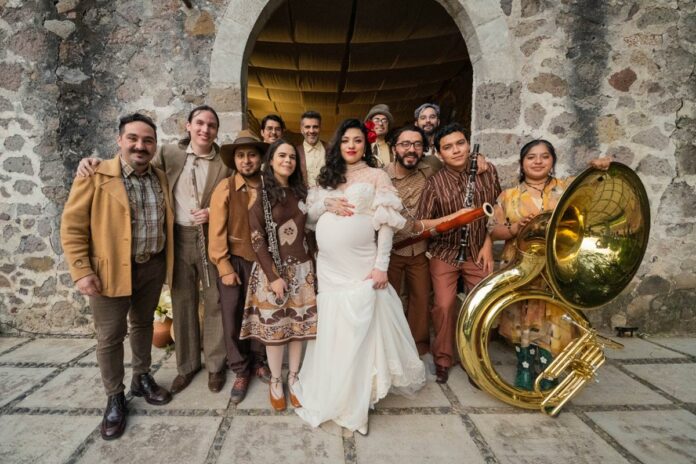 Inspired by her beloved Tepoztlán, for her Tiny Desk (home) concert the passionate Chilean singer-songwriter immersed herself deep into Mexico’s roots. The performance is a tribute to Mexican culture and its idiosyncrasy, where churches are the true expression of culture and the boundaries between reality and spirituality combined.

SEIS, highlighted in the ‘Best of 2021’ lists by The New York Times, Rolling Stone, NPR Music, Billboard, LA Times, and The Nation, was quickly followed by 1940 Carmen, Mon’s second album of 2021. 1940 Carmen was written and recorded while she was in Los Angeles from March to July 2021, and named after the address of the Airbnb where she stayed. All of the tracks were written, composed, and produced by Mon and include her first foray singing in English. 1940 Carmen is a snapshot of four months in her life in the US, which resulted in a new album, a national tour of the US and a pregnancy.

Mon was profiled in The New York Times and Jon Pareles said, “The Chilean songwriter Mon Laferte has a voice for every passion. She can engage the personal and the political; she can coo a romantic ballad or spearhead a hard-rock attack. Her voice can tease, bite, whisper, croon, rasp, or rise to a banshee wail. It can, and does, go straight to the heart… Regardless of language, Laferte’s intensity and commitment are unmistakable.”

Rolling Stone said, “The album overflows with bright, acoustic sounds, inspired by delicate folk songs and sun-lit days in L.A. But the tracks of the LP… are achingly personal, reflecting a period in her life that was pivotal, intense and filled with emotion.” NPR Music wrote, “She’s such a musical chameleon in that she adapts the culture and geography of where she is and puts it in her music… Her literally naming it after the space where she was when she was creating it is her nodding to the fact that she is able to grab the essence of wherever she is in that moment and represent that in the music that she is making there.”

Also a prolific painter, Mon Laferte is participating this week at the District 13 International Art Fair in Paris, where “Gracias” (a painting she created in 2021) will be auctioned by the prestigious Drouot Group, on January 16th.