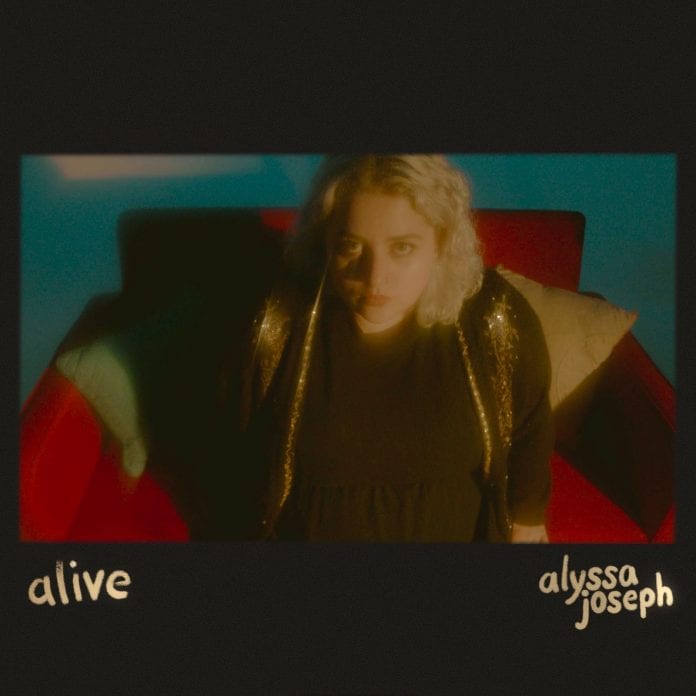 June 4th, 2021. Nashville, TN: Indie-rocker Alyssa Joseph releases her raw and vulnerable EP “alive” today on all streaming platforms. The four-song gut-punch of an EP follows Alyssa Joseph as she navigates the tumultuous transitions of adulthood, delving deeper into her vulnerable psyche through each song. With the chaotic energy of Fiona Apple and lyrical wit of St. Vincent, Alyssa Joseph’s new EP carves her place as a new kind of Nashville songwriter; she may not fit the mold of a perfect, size-zero blonde country singer that Nashville has grown accustomed to, but it’s her emotional depth and openness that fans find so relatable. To quote Joseph herself, “this EP is an honest, raw, and frank look into the nitty-gritty of life’s experiences told from the perspective of a 27-something-year-old finding her way in life.”

Each song on “alive” tells its own unique story from Joseph’s personal life experiences. “sadboy” calls out some of the men that Joseph has dated, “the kind that is ultra-sensitive but not sensitive enough to text you back”. Throughout the song Joseph comes to terms with the fact that she’s growing out of liking the indie, sensitive version of a “bad boy”. “easier” calls out herself and a former partner in a relationship that no longer works but both are too complacent to exit, taking the “easier” option over the healthy one. “leaning” describes the period after she graduated college when she was forced to move back home with her parents in New Jersey and face judgement from her peers while she longed to move to Nashville, as she candidly croons “all my money goes to student loans and the god-damn government”. Finally, her song “alive” takes on full-blown existentialism as she gazes up at the stars and realizes she has no idea what her purpose on this earth is, but maybe that’s okay. The whole EP takes us on a rollercoaster of a journey, capturing the insecurities and angst that many millennials face. “I realized that adults don’t know what they’re doing most of the time,” Joseph says. “We’re all just flying by the seat of our pants.”

Since moving to Nashville, Alyssa Joseph has been thriving as a songwriter. She has toured through Texas and up and down the Northeast, playing at Sofar Sound shows in New York, Boston, Philadelphia, and Louisville. She has made a conscious effort to find a diverse team to work with in Nashville and not just cis, white men– Kate Haldrup (drummer for Lily Hiatt) mixed the EP and Raelynn Janicke of Infrasonic Sound did the mastering. Joseph has been open about the struggles of being a plus-sized woman in the music industry, saying “as a 17 and 18-year-old I told myself I could not be an artist because I didn’t look a certain way. It took years of growing my self-confidence and seeing trailblazers like Adele and Lizzo to feel confident in myself and have the courage to break the mold.” Few artists display as much self-awareness and honesty as Alyssa Joseph does, and the release of her soul-bearing EP “alive” cements her as a songwriter and artist to watch out for.