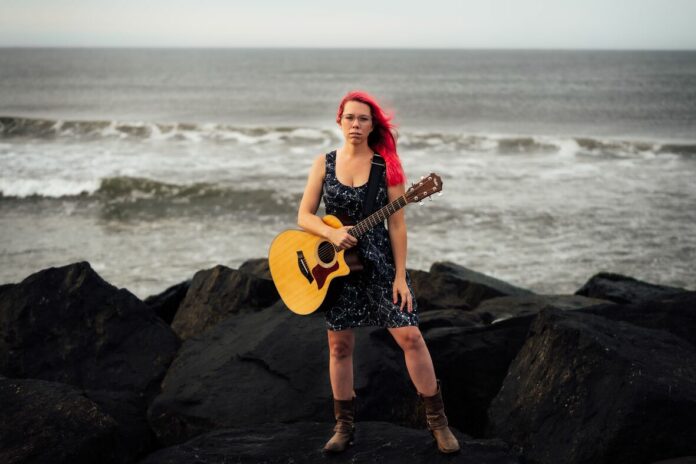 NEW YORK — January 27, 2022 — Nico Padden is a one-woman folk-rock riot. It’s a statement fully supported by her new album, Pirate Queen (out tomorrow, Jan. 28), which celebrates the strength of the fierce, brave women in her life – including herself. The nine-song collection, drawn both from personal experience as well as extensive reading about real pirate queens from history, is about taking back the crown that is rightfully yours, even if by slightly unorthodox means.

The album begins with the title track, an homage to the nickname Padden’s fans gave her. Glide Magazine notes how the “piano-driven ballad draws inspiration from 90s piano pop and rock, with orchestration layered in to build on the drama of the song,” and mentions that Padden “displays her vocal range as she belts out the chorus with soulful affirmation.”

The songs on Pirate Queen, particularly “The Death of the Princess,” reflect Padden’s experiences drawing strength and wisdom from the women who came before her. Specifically, the song is inspired by Padden’s maternal grandmother, who she lived with for the last five years of her life before she passed away at age 98. Padden found strength in the midst of grief when she thought of their shared similarities.

“Burning Rome to the Ground,” written after Padden spoke out publicly about sexual harassment, examines the ways women and marginalized groups have to be assertive and stick up for their own autonomy and humanity; the song is ultimately about the strength of people who have faced oppression working together and dismantling systems that are outdated and no longer work. “Pay the Piper” is a product of feelings of frustration regarding past mistakes.

Padden penned “Four Hands on the Helm” as a love song for her husband; it’s about finding ways to steer the collective ship equally, as egalitarian partners dedicated to working through traumas and difficult moments and ultimately making their lives better together. “Mother & Father,” as the title suggests, is a dedication to Padden’s parents and all of the sacrifices they made along the way. Padden describes them as a combination that makes the perfect recipe for a singer-songwriter: one part poet who wants to be alone and write sad songs, one part stage-lover who wants people to listen to them sing incessantly. It’s her love song to them for making her who she is.

Padden wrote “27 Heartbeats” after hearing the story of Kaitlin Roig-DeBellis, the Sandy Hook Elementary School teacher who saved the lives of her 15 students by hiding them in a tiny bathroom stall and keeping them quiet in the midst of unthinkable tragedy. She drew from her own experiences as a substitute music teacher, as well – the differing lockdown procedures of the various classrooms she was teaching in kept the exhausting and terrifying issue front of mind for quite some time.

“Bar on 63rd” captures the feeling of hanging diligently onto hope despite a lot of discouragement and struggle; on a walk home in December after a less-than-perfect gig, Padden found herself catching lightning in a bottle and rushed home, writing the entire song in less than an hour.

“Pirate Queen is ultimately an uplifting celebration of my strength as a woman who steps outside of the lines, much like the pirate queens of history I was inspired by,” Padden says. “I hope the album is a comfort, salve, and battle cry to woman-identified people who also wish to claim their rightful crown, as well.”