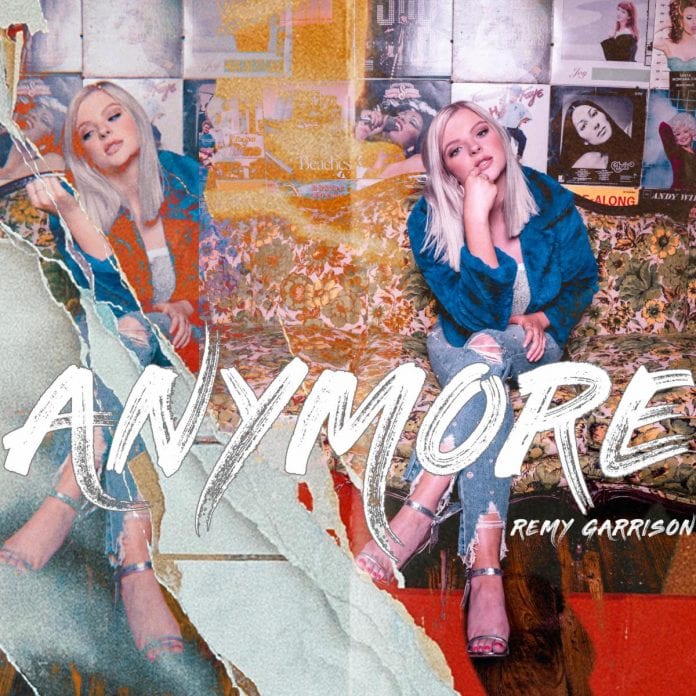 (Nashville, TN; May 14, 2021) – Pop country songstress Remy Garrison released her latest single “Anymore“ today across all platforms. Produced by Forest Glen Whitehead (Kelsea Ballerini, Mickey Guyton, Brandy Clark), “Anymore” premiered exclusively with American Songwriter who praised the “emotive new song” describing “‘Anymore’ redirects everything you thought you knew about Garrison from the first release, broadening her artistry.” Adding, Where her bold entrance track [Young and Reckless] boasts youthful freedom with an upbeat melody and Fearless-era Swiftian lyricism, ‘Anymore’ reveals a previously disguised vulnerability… As a pair, these two songs set the tone for a young artist that feels everything.”

Written by Trainne Anderson, Jaden Michaels, and Ben Goldsmith, “Anymore” is the story of wanting to move on in love only to be held back by past emotions.

Remy explains, “‘Anymore’ is about a breakup that you didn’t want to happen because you still love the person. It’s about walking away when you don’t want to, but you have to.” Adding, “When I heard the song I knew I wanted to cut it. I think we all can relate to that feeling. This one feels personal to me because I’ve been through it too, so when I was in the studio recording I just poured my heart into it.”

Singing since she could talk, Remy inspired her whole family to find their passion in music with their full support for her early aspirations. Writing her own songs at 13, she soon began traveling between Birmingham and Nashville before making a permanent move at 18. Remy started writing with top hitmakers and playing some of Nashville’s most venerated venues, including Tootsie’s Orchid Lounge. She is currently in the studio writing for her debut album.