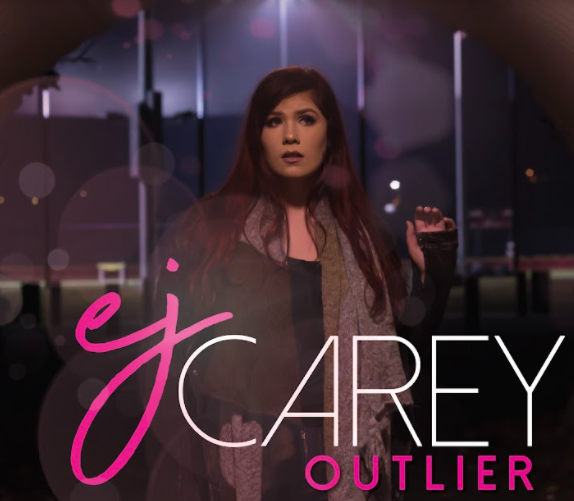 Boston based singer-songwriter EJ Carey has released her E.P., Outlier. The 5 track E.P. features singles “Rising Tides, Crashing Skies,” “I Smile,” and “Old Friends,” and is available on all streaming platforms this Friday, September 24th. Outlier is written and performed by EJ Carey, produced by Bryan Fennelly, with guitar by Daniel Yoong and Dylan Easter, bass by Daniel Yoong, and drums by Kyle Harris.

The EP takes audiences through Carey’s journey of self discovery and letting go, and it features powerful pop rock vocals and pungent lyrics, serving as a cathartic and raw expression of a young woman coming of age.

“Outlier was written during a transitional period of people coming and going from my life. I did not always have the answer to why it was happening, but I learned to trust that it was for a reason. The concept around Outlier is about removing yourself from the planned trajectory and going where you haven’t been before, and it was built on the backs of the people who donated to help make this dream of an EP a reality,” says Carey. “With the hard work of my producer and musicians, Outlier turned out to be the symbol of triumph that I had written it to be: against all odds, we made something amazing despite the world being in a massive state of uncertainty. This EP is for everyone who is ready to confront themselves head-on and scream out the lyrics while they’re at it.”