THURSDAY, JULY 8 — Montana-based singer-songwriter Riddy Arman has announced her long-awaited debut album, due out September 10 via La Honda Records (Colter Wall, Vincent Neil Emerson) and Thirty Tigers. The album announcement arrives on the heels of Arman’s viral Western AF performance of “Spirits, Angels, Or Lies,” a song inspired by the emotional true story of her father’s passing and Johnny Cash’s posthumous visit to his deathbed. Clad with ranch-worn clothing against the bucolic, industrial backdrop of the video, Arman is clearly in her element: living the cowboy lifestyle that many romanticize, but few truly understand.

Today, Holler shared the news along with lead single “Half A Heart Keychain,” saying, “[Arman’s] forthcoming album details her time as a ranch hand and her relationship with the land, alongside songs about heartbreak and self-discovery. In the long tradition of ‘singing cowboys’, Arman has much to say.”

Of the track, Arman offers, “This is the first song I wrote after leaving my life in Northern California. My lover came to visit me in Arkansas and I saw this keychain on his truck’s dash. It said ‘Te Amo,’ and it was lying there without the other half. It was the missing piece to intuitions I was already having—So, the song is incredibly literal. When we were in the studio I thought, ‘This might be a heartbreak song, but I’m sure as hell not sad about it. I’ve already forgotten about this guy. Good riddance and goodbye.’ That’s where the production really took shape.”

Arman’s songwriting is rooted in the poetic imagery of country life — from the beauty of its simplicity to the isolation and loneliness that can often overtake its inhabitants. She grew up in rural Ohio but has traversed the country, working as a ranch hand and practicing an Agrarian lifestyle. Written collectively while stationed in the sunburnt hills of California ranch country, during an intensely creative period in Fayetteville, Arkansas, and after relocating to New Orleans following a friend’s passing, the songs on Arman’s eponymous debut have allowed her to move forward from some of the most painful moments of her life. Arman and producer Bronson Tew (Dom Flemons, Seratones, Jimbo Mathus) recorded the nine tracks at Portland, Oregon’s Mississippi Studios shortly after the widespread positive reception of her Western AF session.

Songs like “Barbed Wire” distinctly recall the seclusion and longing that can come from life on the range. Album closer “Problems Of My Own” uses simple references to classic scenes, like bacon frying in cast iron pans, to explore the darkness that can lurk within family life and the urge to escape it. Elsewhere, “Old Maid’s Draw” tells of an area where Arman worked that locals have mythologized with the tale of a woman who lived alone in the early settling days of Montana. Nestled perfectly alongside these originals is Arman’s take on Kris Kristofferson’s beloved “Help Me Make It Through The Night.”

Rather than get lost in the forlorn feelings of which she often sings, Arman has chosen to embrace isolation and interpret her life through the rural landscape that adorns her lyrics. With fierce honesty, a voice that immediately commands attention, and an extensive fall U.S. tour soon to be announced, her forthcoming debut proves she’s far more than just a cowboy, singing her lonely songs. 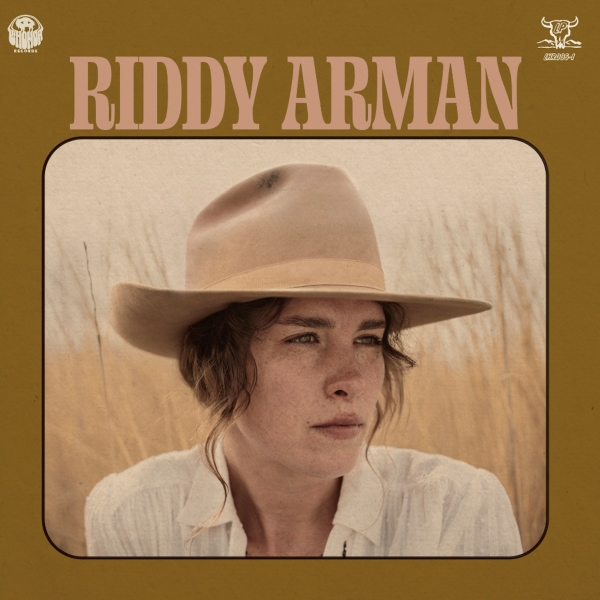 Riddy Arman Tracklisting:
1) Spirits, Angels, Or Lies
2) Half A Heart Keychain
3) Barbed Wire
4) Both Of MY Hands
5) Help Me Make It Through The Night
6) Herding Song
7) Old Maid’s Draw
8) Too Late To Write A Love Song
9) Problems Of My Own