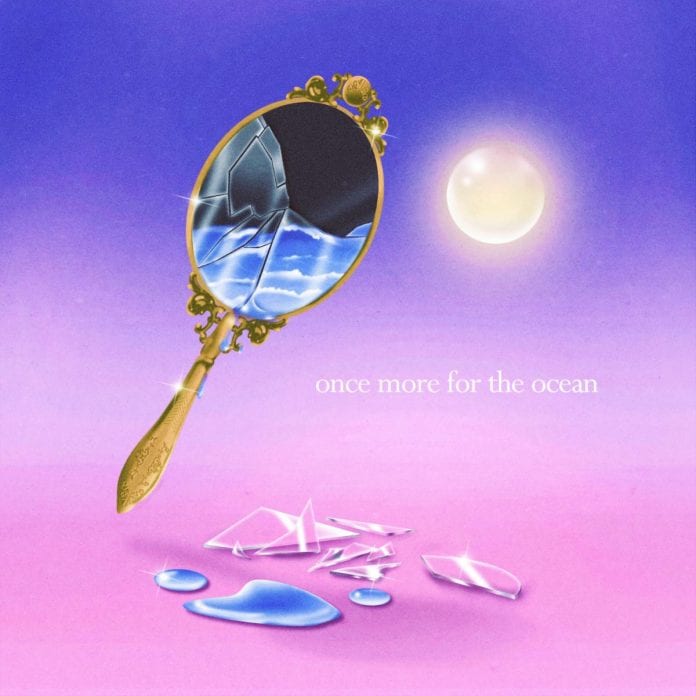 Slothrust share their big, summer single, “Once More For The Ocean,” today from their highly anticipated fifth album, Parallel Timeline, due out September 10, 2021 via Dangerbird Records. The new track is accompanied by a brand new music video that mirrors the song’s love for the ocean and questions the mysticism and duality of self and through a quest for meaning — and it comes complete with yet another epic guitar solo from Slothrust bandleader Leah Wellbaum. On the new song, she says:

“This song felt like it was handed to me by the ocean. It came to me when I was sitting on some rocks and staring at one of my favorite oceans in the world, on Star Island off the coast of Rye, New Hampshire. The bass line arrived first, and then the melody and the lyrics came at the same time. I didn’t have an instrument with me that week so I sang what I had into my phone notes and carried on with my day, almost forgetting about it entirely. I have a unique relationship with this song because it felt like it came through me more than from me, though I recognize that really there is no difference. It is not the easiest song to sing or explain. At times I even wondered if it might be suited for a different artist. However, after sitting with it for a while I have come to the conclusion that this song was meant for me and it is about the search for greater consciousness in times of chaos. For me, that feeling of oneness often shows up when I am spending time in nature.”

On the video, she adds, “This video is about an epic search. So many times when we are searching we are looking outside of ourselves because it is the only way we know. But the truth is, what we are really looking for lives within. It is ourselves that we are looking for. Sometimes we just aren’t quite sure which self it is, or how to get there.

I have always been interested in the intersection of destiny, and free will. Do these things exist? Can we ever really know them? Since this song came to me while I was staring at the ocean, it only felt right to explore this idea with nature, and also with mirrors.”

The band’s previous single, “Strange Astrology,” arrived along with a fun and fruity video that’s as much a celebration of the cosmic make-up of romantic relationships as it is a love letter to LGBTQ+ culture. Leah Wellbaum pours her gigantic, golden sunshine Leo heart into the lyrics, “and I don’t mind / our strange astrology / I hope we find / you bring the best out in me.” Leaning into the zodiac theme, the band has also released Mind Your Mood an astrologically personalized playlist generator that serves fans a playlist based upon their sun sign.

With scores of viable candidates stepping up to claim the mantle of the Very Saddest Girl In Rock, Wellbaum focuses her talents in the pursuit of the confidence that comes from grounding and self-awareness, themes evidenced in the single and video for “Cranium” that debuted in February.

The new album vividly captures Wellbaum’s powerful voice as a songwriter, lyricist and guitar player and demonstrates intellectual curiosity and emotional confidence that has deepened in scope as the band’s profile has steadily risen. With bandmates Will Gorin (drums) and Kyle Bann (bass) rounding out the trio’s essential framework, Wellbaum’s quirky visual and tactile inspirations come to life. Complex, drenched in honey, sweet, uncomfortable and as wild and chaotic as love is, there is beauty and wonder that’s rainbow bright. Every feeling and every color in nature are welcome in the world of Slothrust and get to exist in their Parallel Timeline.

The new album vividly captures Wellbaum’s powerful voice as a songwriter, lyricist and guitar player and demonstrates an intellectual curiosity and emotional confidence that has deepened in scope as the band’s profile has steadily risen. With bandmates Will Gorin (drums) and Kyle Bann (bass) rounding out the trio’s essential framework, Wellbaum’s quirky visual and tactile inspirations come to life. Complex, drenched in honey, sweet, uncomfortable and as wild and chaotic as love is, there is beauty and wonder that’s rainbow bright. Every feeling and every color in nature are welcome in the world of Slothrust and get to exist in their Parallel Timeline.

LA-by-way-of-NYC band, Slothrust, released their fourth LP, The Pact in 2018, and their follow-up EPs — If You Took Me To The Zoo (NoiseTrade) and Peach — followed in 2019. Their 2019 mix of hit single “Double Down” was worked on by 5-time Grammy-award-winning American mix engineer Chris Lord Alge.

The band’s dynamic evolution through experimentation and exploration continues to uplevel with each effort. With millions of streams on Spotify, it’s clear that new fans are joining the Slothrust movement, especially after their tour with Highly Suspect and their festival performances at Shaky Knees in Atlanta, Epicenter in Charlotte and Bottlerock in Napa during 2019. The band’s influence has expanded drastically since their first album in 2012.

The band appeared on FX‘s “You’re The Worst,” and not only performed as a punk band on an episode of the show, but also had their songs “Double Down” and “Some Kind of Cowgirl” featured in other scenes. Slothrust’s 2012 single “7:30 AM” is the show’s theme song, as well.

A thunderously versatile and agile band, Slothrust’s live show has driven much of the band’s widening success. Fans blissfully revel in guitar epics from the band’s original growing catalog, and a selection of inventive covers (“…Baby One More Time” by Britney Spears and “Sex and Candy” by Marcy Playground, for example). Get a taste of their live show by checking out their Audiotree session, and stay tuned for the moment when they can safely hit the road again to unleash their magic in real life, once again.

02. Once More For The Ocean 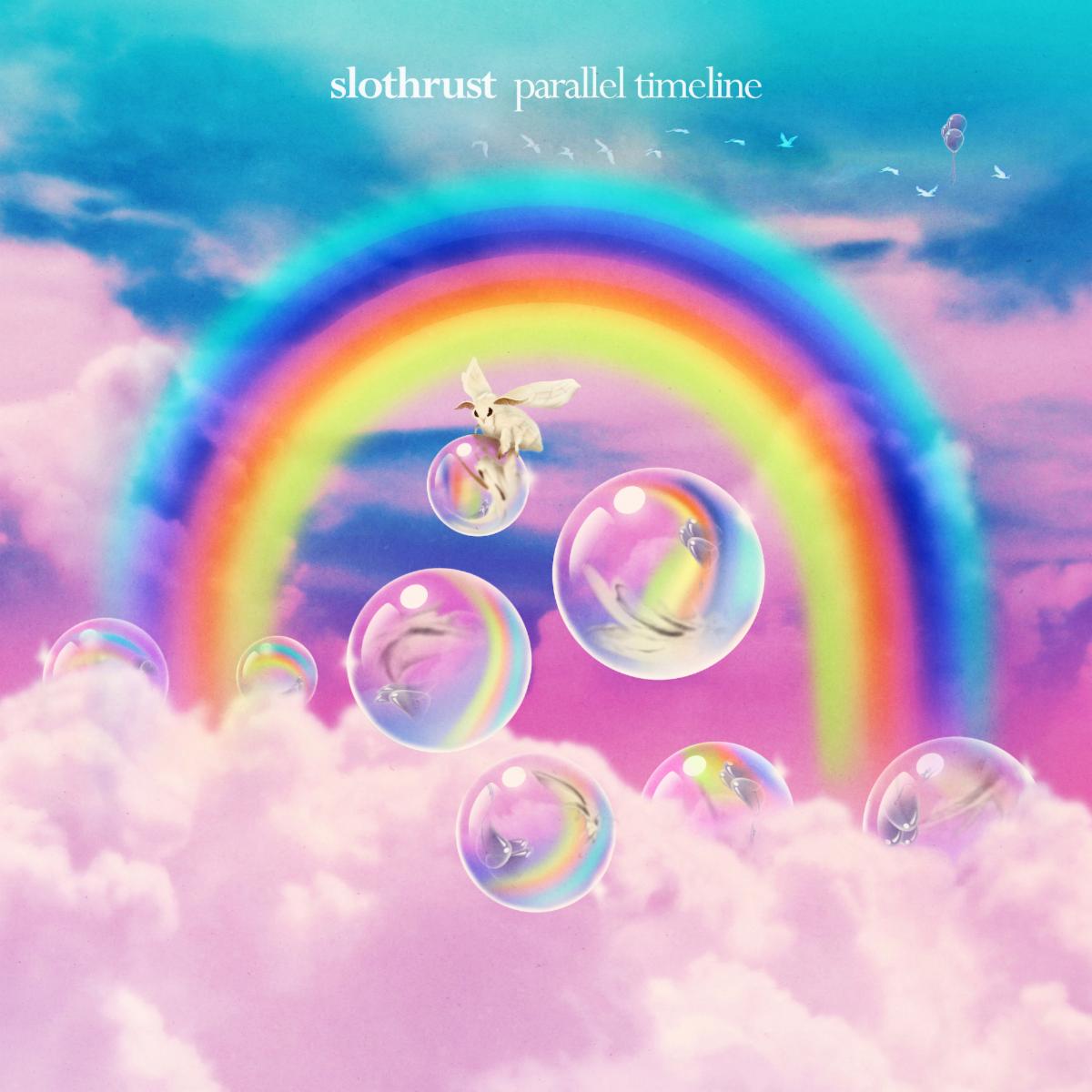