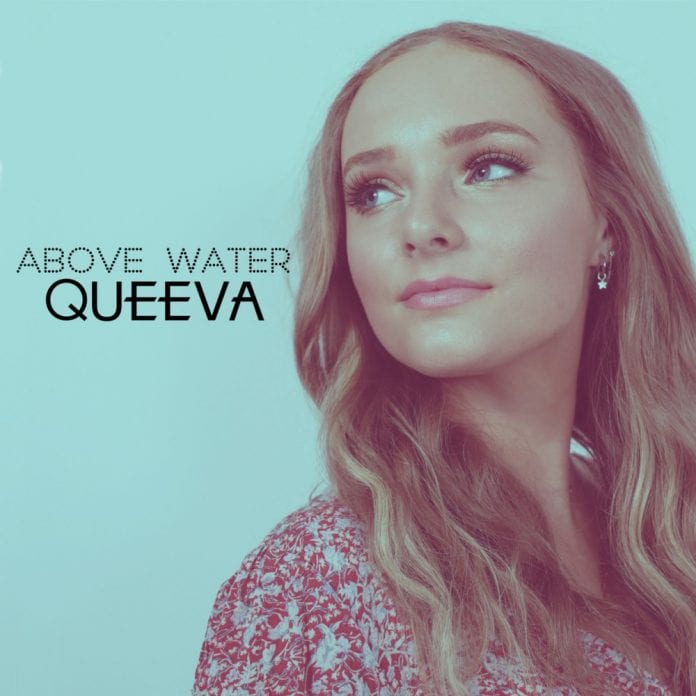 Nashville, TN (June 26, 2020) – Triple threat Irish/American artist Queeva is back with her new single “Above Water” today.  The relatable anthem, written by Queeva, Payton Taylor, and Brandon Darcy, reflects her continuous musical growth as a writer/artist and solidifies her position as an emerging talent.  “Above Water,” which landed on Spotify’s New Music Nashville playlist overnight, is part of a forthcoming EP slated for release later this year.  She is currently writing with hit songwriters such as Mark Nesler, Anthony Smith, Will Nance, and many others.

“I have been working on new music and I am so excited for you to hear one of my favorites, Above Water, out today,” says Queeva.

Check out “Above Water” here.

About Queeva
Queeva has appeared on Nickelodeon’s Fresh Faces, CMT, Sweety High, Just Jared, and countless other publications, captured over one million streams on Spotify and YouTube, and landed on multiple Spotify playlists including Fresh Finds Country, Wild Country, and Pop-Co, while also reaching overseas audiences appearing on Spotify’s In Viaggio playlist (Italian for “In Travel”). She is back with the new single “Above Water,” released on June 26, that is part of a forthcoming EP slated for release this year. Queeva has been honing her writing skills with hit writers such as Mark Nesler, Anthony Smith, and many others.

Born in Chicago, IL, QUEEVA was raised with five siblings in a creative Irish clan speaking both Gaelic and English and dividing her time between the US and Ireland. In fact, her name, sometimes spelled Caoimhe, means, “gentle,” “beautiful” or “precious” in that language.  Early on, QUEEVA gravitated to Country music’s greatest storyteller-artists who were skilled in illumining their everyday experiences in a song. She then went on to compete in talent contests all over. QUEEVA started to earn a name for herself at a very early age when she landed national TV spots, including an acting role in an episode of Chicago Fire, a role in a Build-a-Bear commercial, among others.