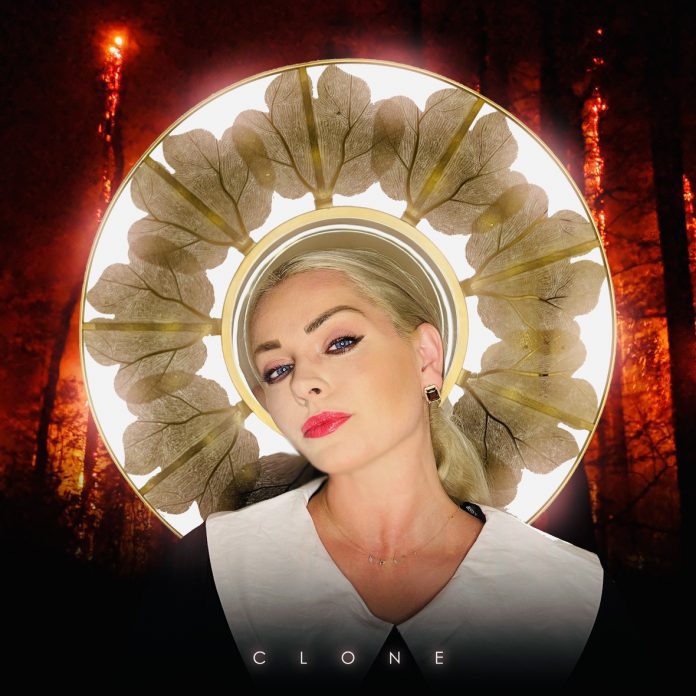 Texas based symphonic metal band, TULIP, has released their new single “CLONE” out now on all major platforms. The single is from their new 6 track storyscape EP The Witch due out on September 17th, 2021.

The EP, which is their heaviest yet, opens with the menacing “SIDEWINDER”, and throttles listeners into the pulsing anthems of “CLONE” and “PROXY”, finally ratcheting up to the massive title track “THE WITCH”. Their first two singles “SIDEWINDER” and “PROXY” racked up over 100,000 listens on Spotify in their first month alone and topped curated playlists including Spotify’s Epic & Melodic and Progressive Metal. With this latest release, TULIP is poised to impact the symphonic metal world, fronted by former opera singer Ashleigh Semkiw’s intense vocals, Colin Parrish’s powerful guitar and Ryan Claxton’s fury on the drums making them unlike any other in the genre.

Forged in the fire of excommunication, Texan transplants ‘Tulip’ deliver their own brand of symphonic metal, spearheaded by ex-professional opera vocalist Ashleigh Semkiw, and Colin Parrish on guitar.

Their story is a unique one. Publicly shamed, ostracized and cast out of the church, Semkiw and Parrish formed TULIP – an acronymic nod to their former faith.

Emerging together for the first time in September 2018, the members of Tulip are established artists, having performed for a decade in their respective past acts; Ashleigh in professional opera, Brandon with ONI throughout Europe alongside the likes of Children of Bodom and Lamb Of God, Ryan sessioning across the USA and Canada, and co-lead member Colin as an accomplished recording and mix engineer.

Recorded at their home in Argyle, Texas – the LP was born out of a fascination and curiosity both Semkiw and Parrish share for the unexplainable. Avid fans of Coast to Coast AM Radio and Whitley Strieber, they sought to create a musical pilgrimage into the unknown.