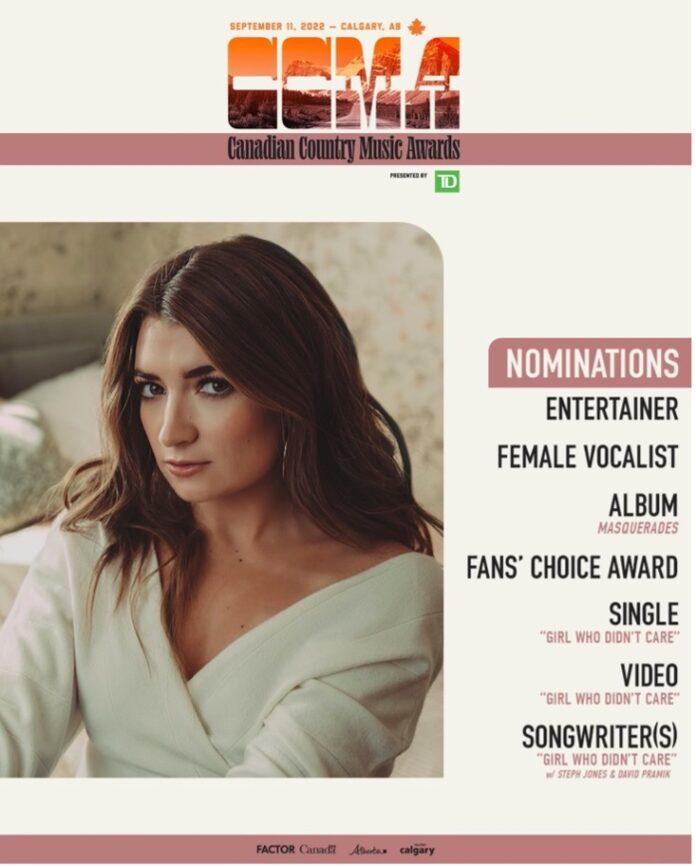 In addition to these notable nominations, the 10-time winner and reigning “Female Artist of the Year” winner, Tenille will also be taking the stage in Calgary. Performers will bring Calgary’s iconic Scotiabank Saddledome Stadium to life on Canada’s biggest night of country music!

Tenille is set to hit the road in Canada this November, kicking off on November 8th in Oshawa. See routing below and click HERE for more info!

Last week, Tenille was announced alongside Carrie Underwood as the first 2 country artists to to take part in Apple’s new Apple Music Sessions. The sessions are exclusive live releases featuring some of the world’s most prolific and emerging artists, all in Spatial Audio. Tenille performed her recently released “Same Road Home,” off her Masquerades EP, as well as her catalog single “Somebody’s Daughter,” and a gritty, soulful cover of Etta James’s “At Last.” Click HERE to watch!