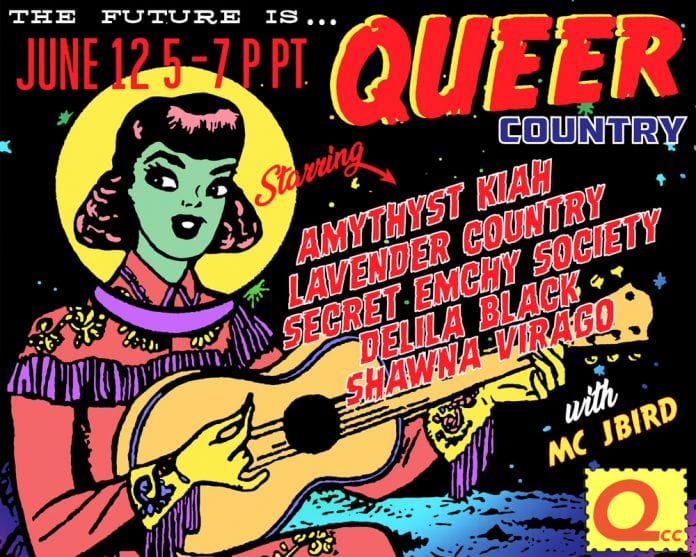 There is a lie in our culture that country music is only for the conservative fan base. This show features a diverse collective of queer //  bipoc country musicians who prove that Americana and roots music belong to all of us. Showcasing Lavender Country, the first out gay country band (1973), Amythyst Kiah, the award-winning singer songwriter from the all-womenof-color supergroup Our Native Daughters, out transwoman folk-punker Shawna Virago, BIPOC country punk musician Delila Black,  the First Lady of Queer Country herself, Secret Emchy Society, transwoman singer-songwriter Awna Virago, and the legendary JBird McLaughlin, for a night of inclusive and intersectional damn good country music.

The National Queer Arts Festival is an annual multidisciplinary Festival held May through July throughout the San Francisco Bay Area. Each year they commission over twenty performances, visual arts exhibitions, and interdisciplinary showcases and in the process of producing work we support hundreds of artists, technical and production crews. 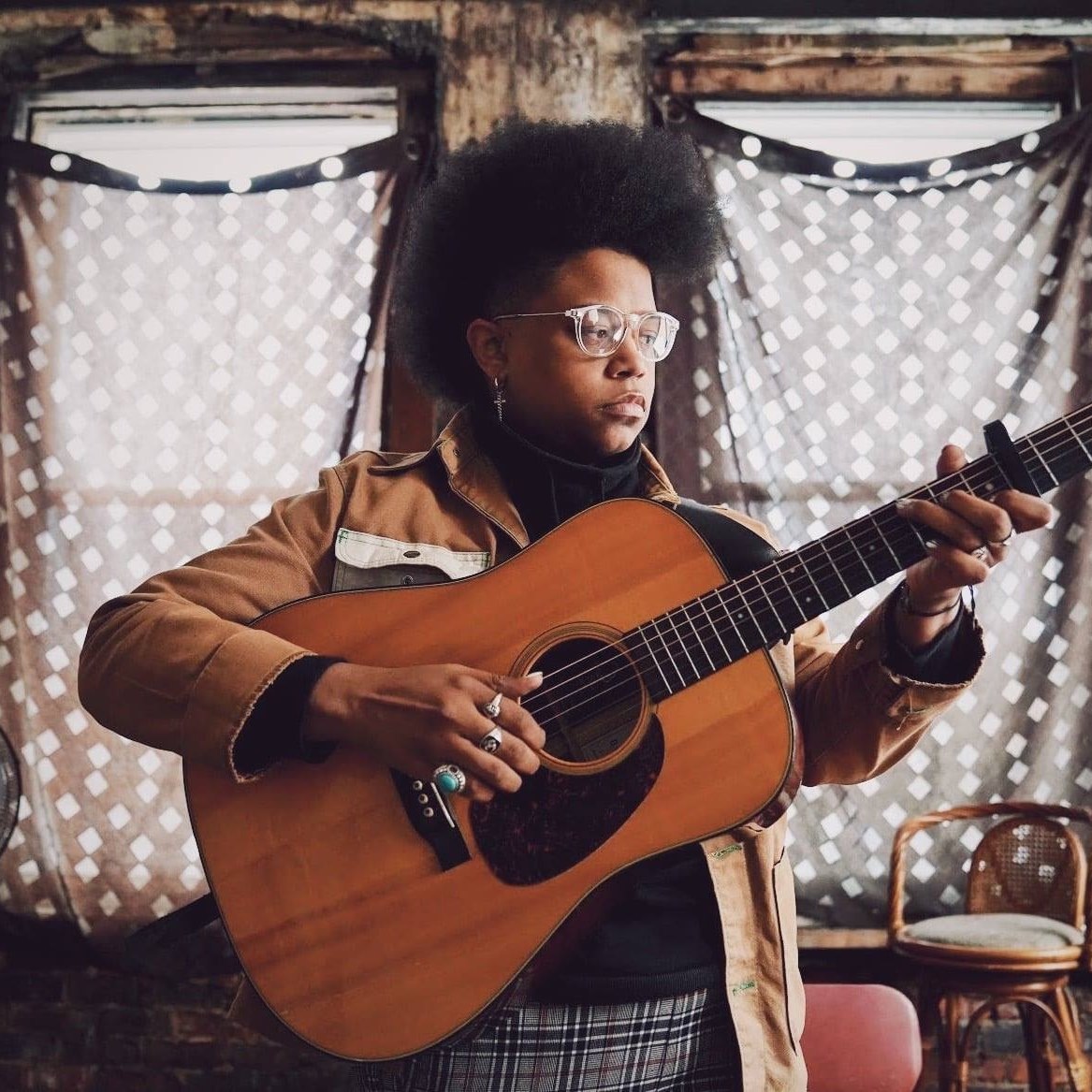 AMYTHYST KIAH is a GRAMMY nominated Americana Roots musician who was included in PEOPLE Magazine’s “Talented Black Musical Artists on the Rise in 2021.” Rolling Stone has named her “One of Americana’s great up-and-coming secrets” and NPR notes that “She really is important in reminding people that there is a great tradition of African-American, old-time musicians.” With an unforgettable voice that’s both unfettered and exquisitely controlled, the Tennessee-bred singer/songwriter current sound expands on the uncompromising artistry she most recently revealed as part of Our Native Daughters-an all-women-of-color supergroup whose Kiah-penned standout “Black Myself” earned a Grammy Award nomination for Best American Roots Song and won Song of the Year at the 2019 Folk Alliance International Awards. When met with the transcendent quality of her newly elevated sound, what emerges is an extraordinary vessel for Kiah’s songwriting: a raw yet nuanced examination of grief, alienation, and the hard-won triumph of total self-acceptance. 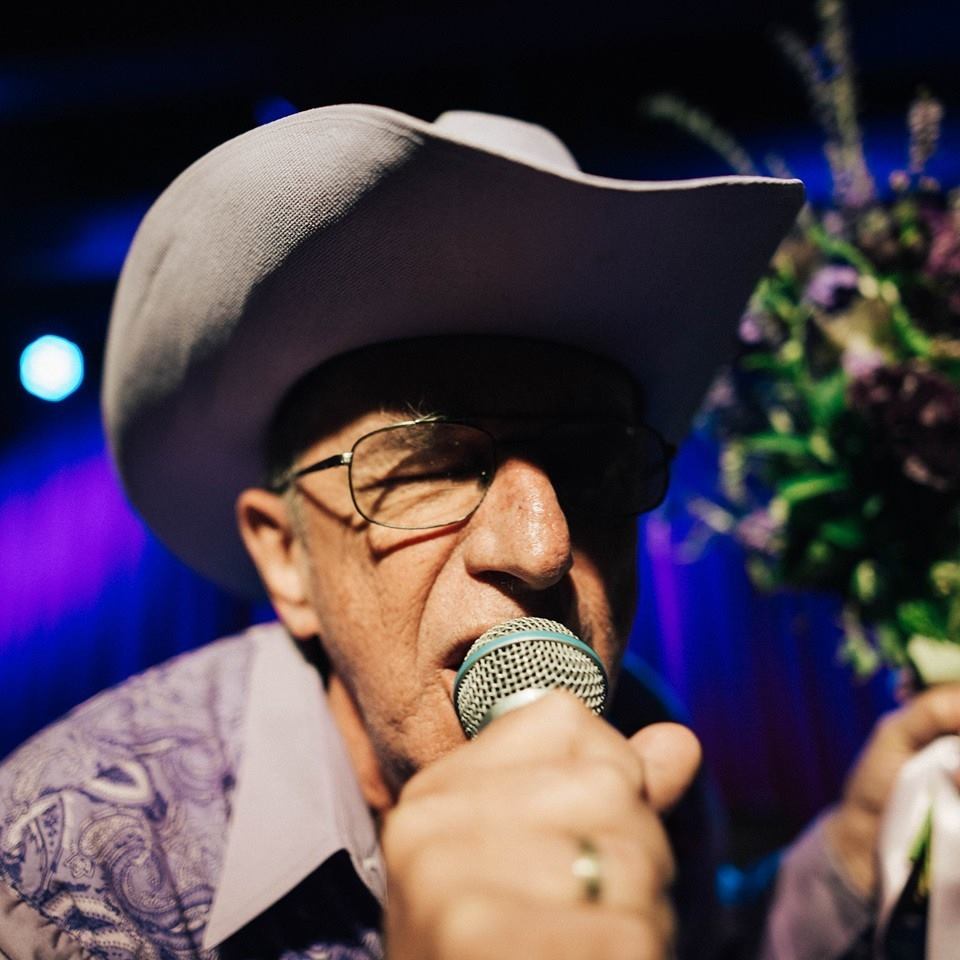 While LAVENDER COUNTRY (1973) was little known outside the Pacific Northwest and only released one self-distributed album, they created a genuine cultural milestone; the first openly gay country album. After sitting stagnant for four decades, indie label Paradise of Bachelors discovered the album, reissued it, and shot Lavender Country into the stratosphere. With a new rotating lineup of musicians, Haggerty began performing to a brand new generation of Lavender Country fans drawn to the band’s timeless message of queer liberation and revolution. Haggerty, now approaching age 77, is stronger than ever. His shows are a unique combination of good country music, sharp Marxist political critique, and a huge lineup of incredible backup musicians across the country. Poignant emotions leave his audience laughing, dancing, and crying all at once. The current emergence of fascism and the deep political divisions in American culture are making Lavender Country a critical component of progressive and radical politics. 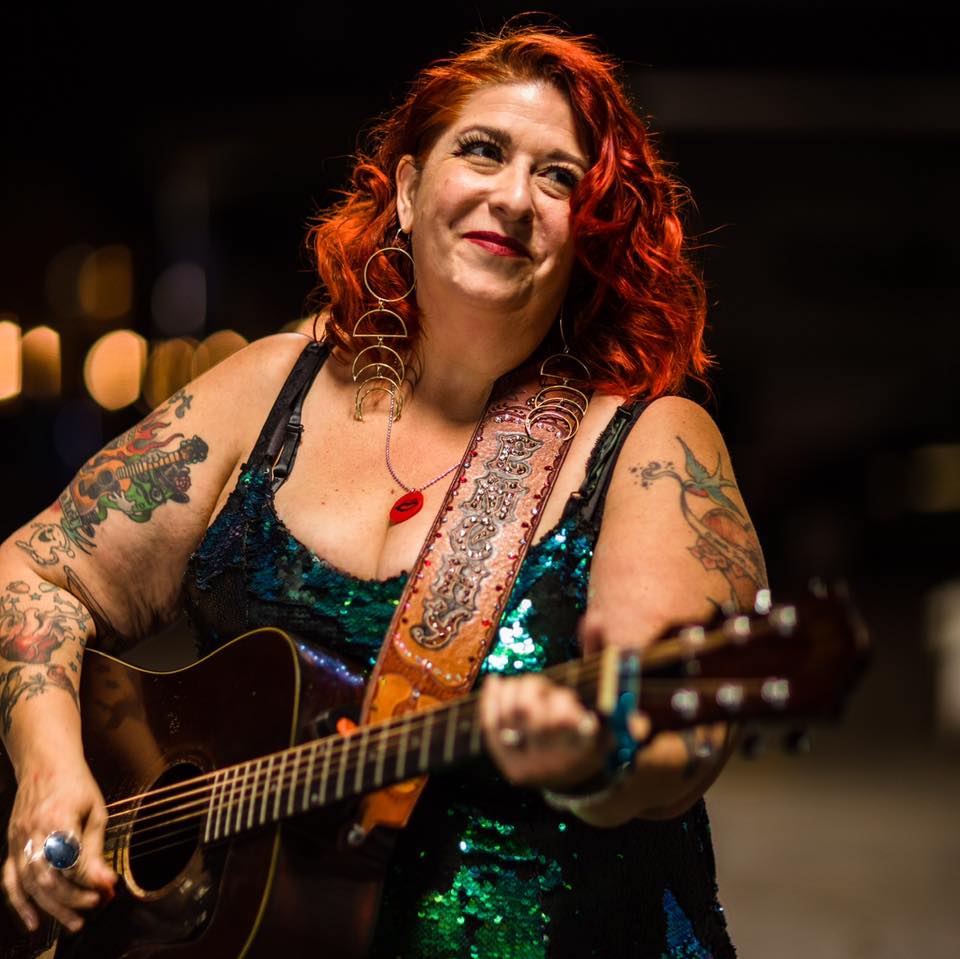 SECRET EMCHY SOCIETY plays foot stompin’ heart breakin’ americana music about good friends and hard times. Founder Cindy Emch writes dark, sexy, boozy ballads, off-kilter anthems, and foot stompin’ heart breakin’ cowboy songs. With turns that are happy, sad, heartbreaking and humble, this music echoes a variety of vintage styles, from rowdy honky tonk to vulnerable ballads, with broad swaths of zydeco, country and cabaret tossed in for good measure. Named by the HuffingtonPost as the ‘First Lady of Queer Country,’ by TheBoot.com as one of the Ten Queer Country Bands for Real Country Music Fans to Listen To, and a triple nominee for Best Live Band by the Bay Area Reporter – Secret Emchy Society is a truly raw, honest, and authentic listening experience not to be missed. 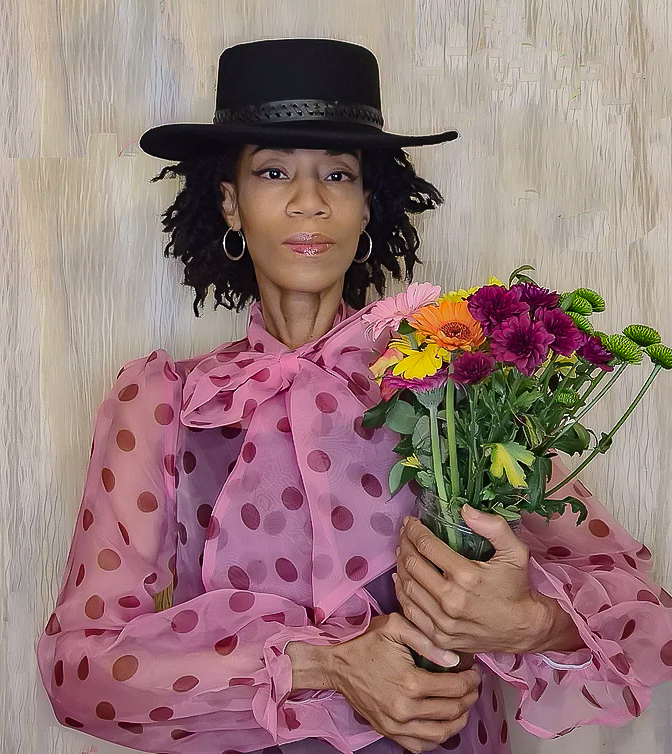 DELILA BLACK has roots going back to the mountains of Haiti and to the hills of Tallahassee Florida. She sings tales of love, longing, betrayal and vengeance that evoke an atmosphere of  ‘Country-Noire’. As she jumps from traditional  to modern and back – straddling both – DeLila creates her distinct “Electro-Mountain” sound that is a mix of Alt-Americana that rocks punk-country, cradles acoustic blues and lands on good ol’ traditional. 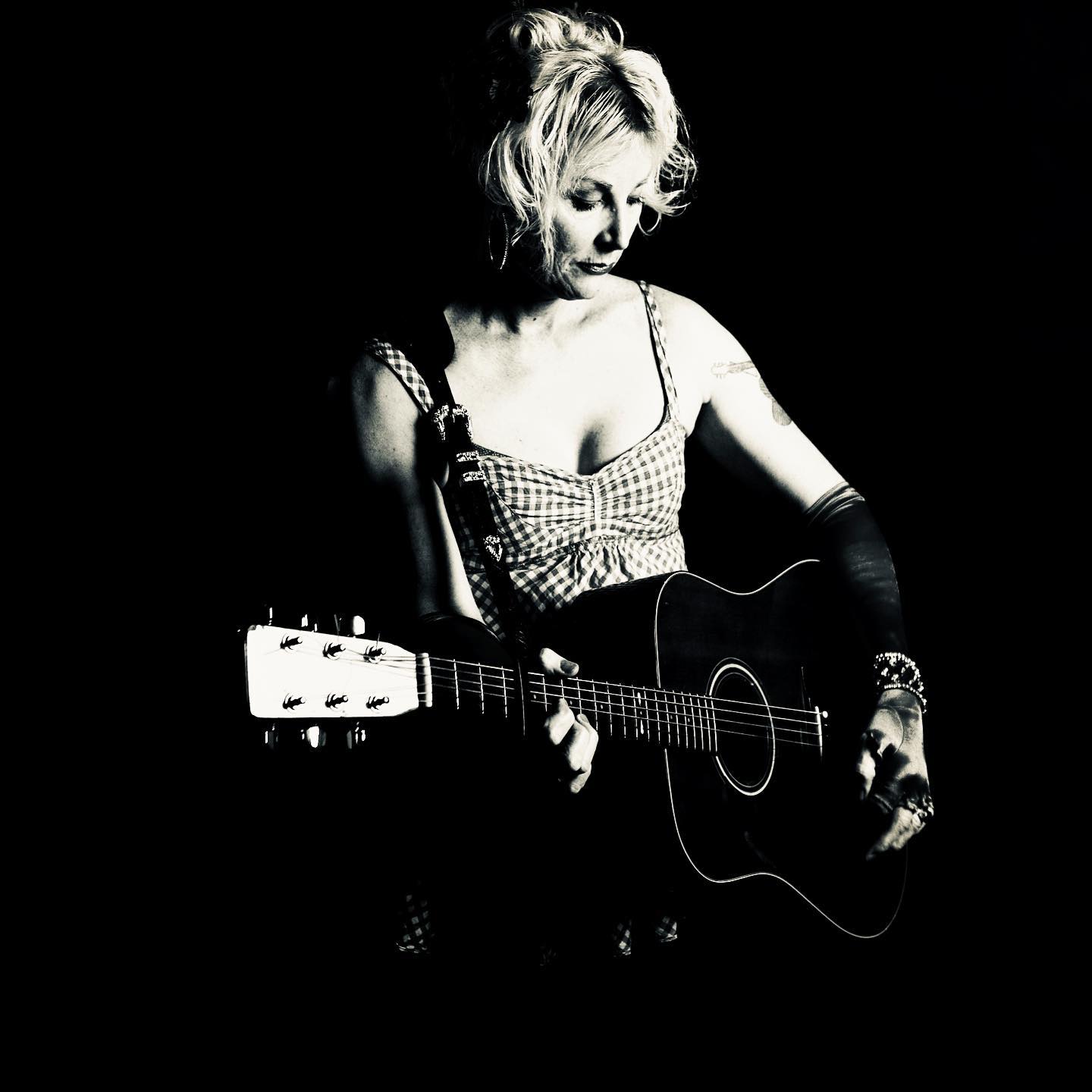 AWNA VIRAGO is a songwriter celebrated for her lyric-based songs. She is one of the nation’s first openly transgender women to perform and tour nationally,and has performed as an out transwoman since the early 1990’s. She has been profiled online, in print and on radio including Bitch, the Advocate, Huffington Post Louder ThanWar, No Depression, Paste magazine, on NPR and PBS. POP DOSE Magazine wrote “In these turbulent times, you may often wonder, ‘Where’s our Bob Dylan? Where’s the bard of the 2010s translating the dicey political and social climate into musical stanzas?’… Enter Shawna Virago.” Virago is also a published writer and her work appears in several anthologies. 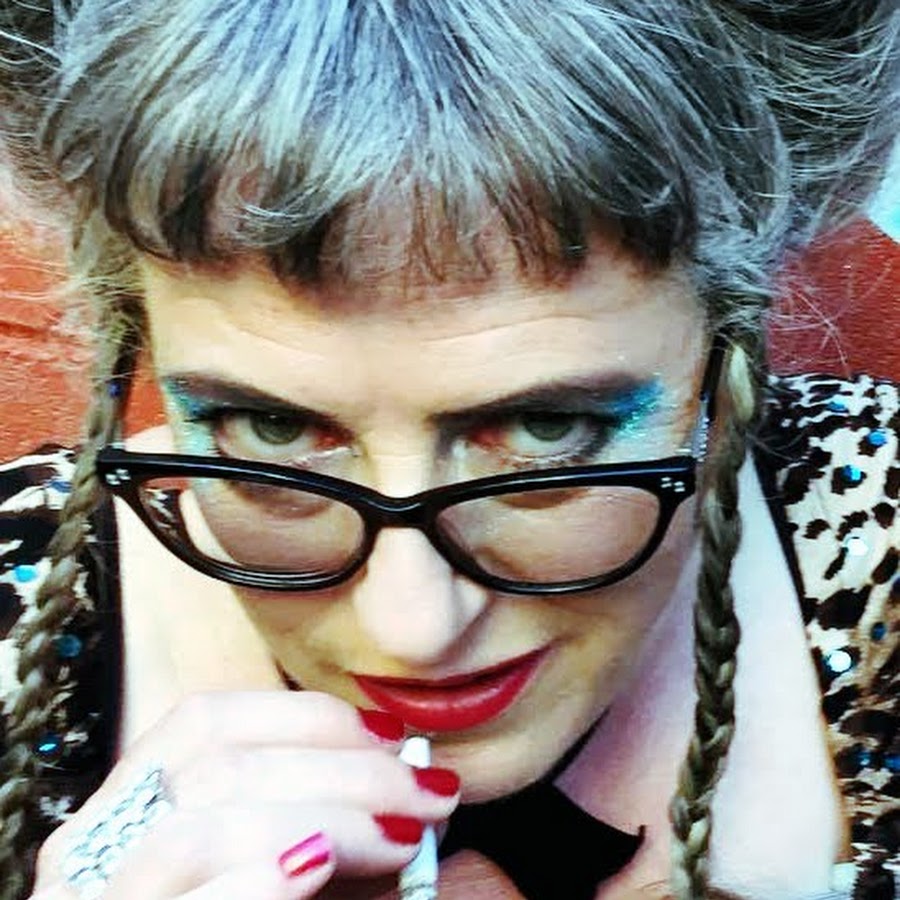 JBIRD MCLAUGHLIN has been entertaining, enthralling & occasionally terrorizing burlesque, drag, theatrical & music audiences for over 20 years. They live with their mother in Victoria, BC.