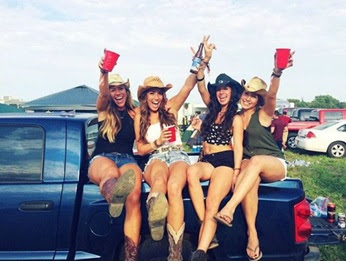 The first annual TAILGATE FEST (Saturday, September 1st at the Forum in Los Angeles) is one good ole’ fashioned tailgate party, with one HUGE twist – it is also a star-studded Country Music Festival that brings the stage right to your tailgate. That’s right, no packing up the party to head inside, no need to stop that game of cornhole, no stuffing all your belongings into your pockets. 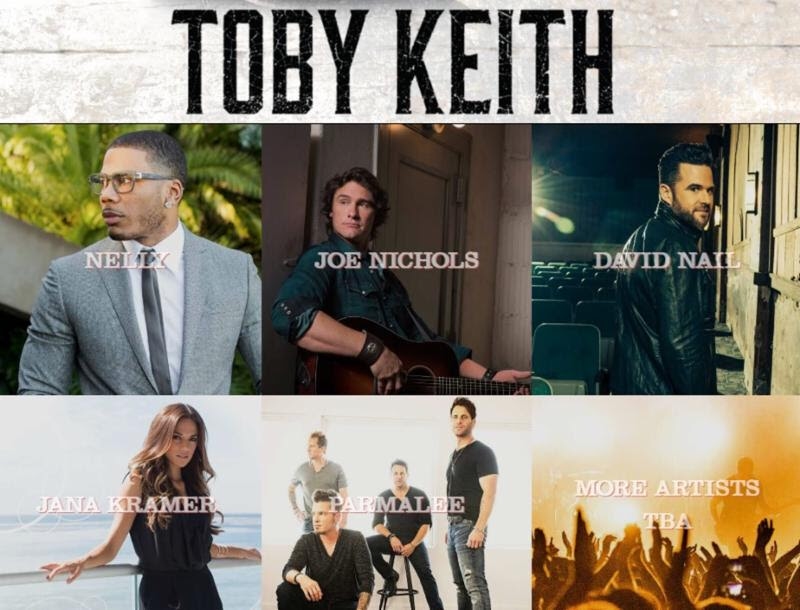 Fans will now be able to bring their own grills, coolers, games, and more to enjoy the show from their own tailgate as TAILGATE FEST brings the stage to the tailgaters!

To the untrained eye, the game- 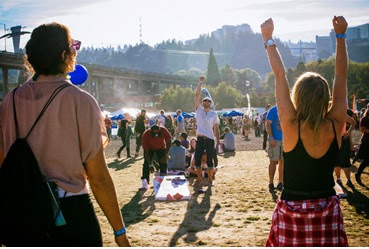 day/concert-going rituals of a tailgate appear to be little more than a wild party, a hedonistic excuse to drink beer and eat barbecue. Not at all. The tailgate party is among the most time-honored and revered American traditions, creating a sense of community and belonging. The stadium parking lot is where people of all backgrounds come together in a common ritual. Many people go to great lengths organizing and staging their parties, creating what are, in effect, miniature kitchens and living rooms. At TAILGATE FEST, the fans aren’t attending something, they’re building something. The tailgate itself BECOMES the “immersion experience” as fans are transported to those ‘Americana’ down-home summer memories of their favorite game day, BBQ cook-offs while dancing along to their favorite tunes. At TAILGATE FEST it’s dancing to the LIVE tunes of superstars Toby Keith, Nelly, Joe Nichols, David Nail, Jana Kramer and Parmalee (with more still to be announced).

Besides the Tailgate and Country Music outdoor-festival, the experience-goers will also be able to participate in several genre-curated activities includingThe Tailgate Cornhole World Championships where tailgate groups can compete against each other for prizes and the Jacked Up Truck Competition where the “Best in Show” truck of the day winner will take home a brand new geared-up truck. TAILGATE FEST will also feature the Two Step Honky Tonk for those wanting to show off their dancing skills and a Dunk Tank for those wanting to stretch out their pitching arms. Food trucks galore and beverages will also be available for purchase on site, but as with any good tailgate – you are encouraged to BYOB. Tickets are on sale now at LATailGateFest.com. 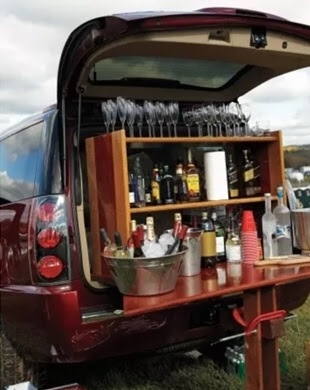 2) PREP & PACK: Prep, prep, prep. Skewer, marinate, and shape/pack patties the night before. Pack the cooler with cans & bottles at the bottom, water-tight containers in the middle, and bagged items on top. Freeze water bottles to use in place of ice – they can also be used as a cold drink when they melt later. Label the coolers so guests can find drinks easily.

3) DON’T FORGET SOME ESSENTIALS: Pack jumper cables – in case that car battery dies. Pop-up canopy for that CA sunshine. Bring a large plastic tub to haul back dirty dishes. Have a metal bucket on hand for still-glowing coals after you are done with the grill. Games, games, games – bocce ball, beer pong, flip cup – bring all the necessities.

4) SETTING UP CAMP: Consider the wind direction when positioning your grill. Hang a paper towel roll using a bungee cord from the tent struts. To save time/money, have everyone bring a dish to share – maybe even turn it into a tasting competition!

5) TAILGATE ETIQUETTE: Make nice, introduce yourself to your neighbors. If you are going to sit on the cooler, don’t complain when someone wants a drink. If you’re visiting another tailgate, never leave with a roadie unless it is being offered. Don’t bring a six-pack of crappy beer and assume that entitles you to somebody else’s whiskey. Don’t assume that bringing beverages exonerates you from cleanup duty – cooking for 12 people is a lot more work than showing up with 12 beers. 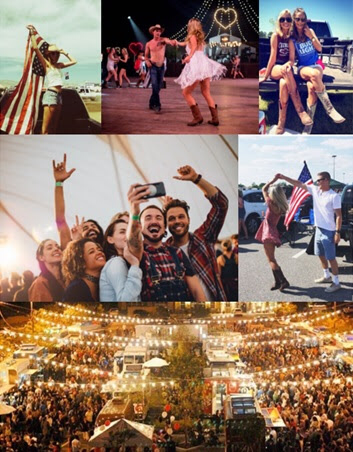 With the goal of filling a hole in the $60 BILLION growing tailgating culture, TAILGATE FEST marks the newest venture for entrepreneur Melissa Carbone, whose other brainchild is LA’s iconic “Haunted Hayride,” and business partner Giancarlo Chersich, investor behind marquee brands such as Pop Chips, Barry’s Bootcamp, and the Jillian Michaels’ empire. Tailgating at concerts and sporting events isn’t new by any means but combined with Carbone’s history in creating immersive and unique thematic experiences, TAILGATE FEST dives into a curated world that will mentally and bodily transport people into a down-home, ‘Americana’ day of fun, right into the heart of Los Angeles – one of the biggest cities in the world.

We would love to discuss a possible feature on TAILGATE FEST and/or set up an interview with you festival founder Melissa Carbone to discuss the new path she is paving. Let us know if we can discuss further!