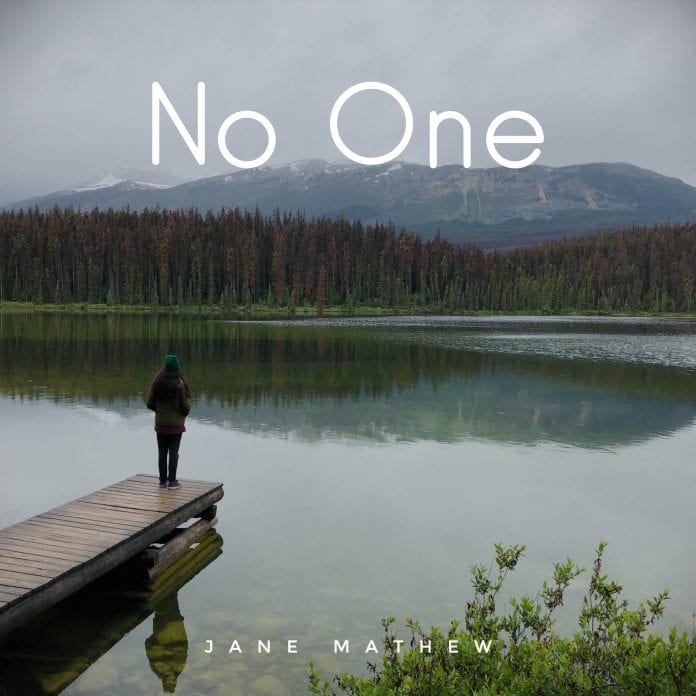 Today, Toronto singer-songwriter Jane Mathew releases her debut single ‘No One’ off her forthcoming album ‘Such Perfect Lives’ (out in fall 2021). ‘No One’ is available on all streaming platforms and was premiered via Canadian Beats.

The track begins with delicate strums of ukulele and builds into a surprising mix of instruments (including acoustic, electric and bass guitars, piano and organ) bringing this debut track to life with a full studio sound, beautifully put together featuring talent not often found in a debut. It’s the first single off Jane Mathew’s forthcoming album, covering feelings of loneliness & pain when surrounded by superficial relationships. This song was inspired by growing up in a community where people weren’t given the space to make mistakes and grow from them.

“I never questioned it until it happened to someone close to me and I saw all their relationships suddenly turn superficial,” said Jane. “No one really cared about digging deeper and trying to understand them, people just wanted things to look nice on the surface. This opened my eyes to how lonely and painful it can be to only have superficial relationships. Yeah, people are being polite and saying hi but it just feels fake because the elephant in the room isn’t being addressed.”

Jane Mathew is proud to announce that she will release her debut album ‘Such Perfect Lives’ in fall 2021. Filled with songs that are letters she wrote to different people, this album is written as a response to the increasing inauthenticity seen in everyday life amplified through social media. “I started writing these songs so I could vent out my frustrations but at some point it turned therapeutic for me to be honest with myself about some difficult experiences,” explained Jane. ‘Such Perfect Lives’ was produced by Simon Ng at Signals and Noises Studio and mastered by Ethereal Mastering, made possible by the support of Canada Council for the Arts and Toronto Arts Council.