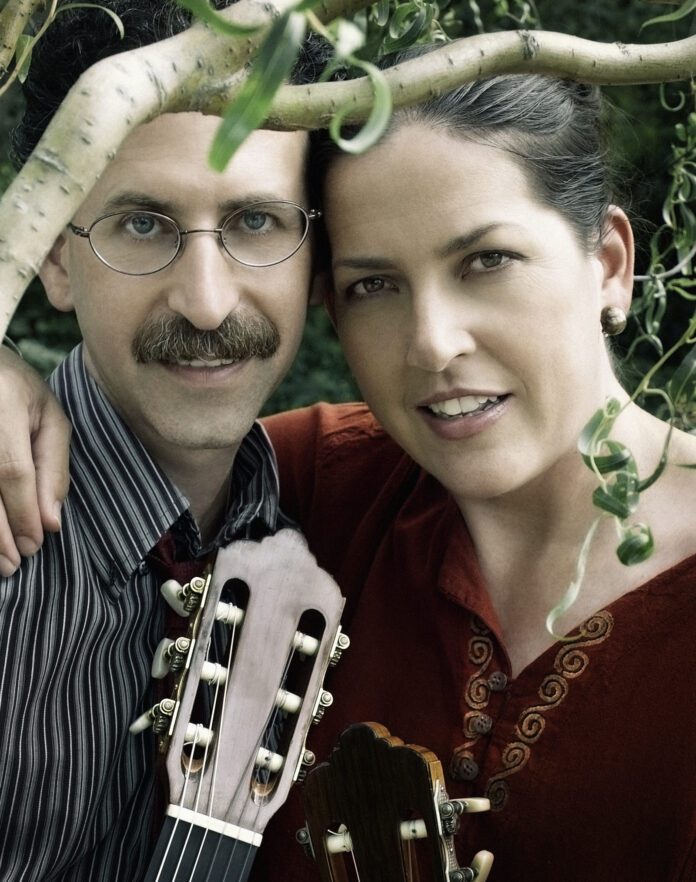 The Newman & Oltman Guitar Duo, praised by legendary Cuban composer Leo Brouwer as “one of the great duos in the world,” will perform a recital of works by Brouwer, Manuel de Falla, Enrique Granados and Isaac Albeniz, on Friday, April 1 at 7:30 P.M. Central Time as a part of the University of Wisconsin Milwaukee’s Guitar Series. This free live performance will take place at the UWM Music Recital Hall, 2400 East Kenwood Blvd. in Milwaukee. For those unable to attend in person, the concert can be viewed at no cost at https://www.youtube.com/watch?v=Yy6qiKL8IQI.

The centerpiece of the recital is the Wisconsin Premiere of Leo Brouwer’s new guitar duet, El Libro de los Seres Imaginarios (The Book of Imaginary Beings). The duo’s recording of this magical work was recognized by BBC Magazine as “a quartet of mythical beasts depicted by Brouwer with wit and imagination and played here with aplomb.” Composed in celebration of the 80th anniversary year of Brouwer, The Book of Imaginary Beings was commissioned by Raritan River Music and dedicated to Newman & Oltman. The four-movement work is based on characters described in Jorge Luis Borges’ The Book of Imaginary Beings. The program also includes Brouwer’s Fool on the Hill and She’s Leaving Home from Beatlerianas, El Círculo Mágico and Danza del Molinero by Manuel de Falla, Danza Espanola No. 4 (Villanesca) and Danza Española N. 5 (Andaluza) by Enrique Grandos and Sevilla from Suite Española by Isaac Albeniz.

Hailed as a “revelation to hear” by The Washington Post, the Newman & Oltman Guitar Duo is recognized for their matchless technique, ensemble precision, and innovative programming, combined with their commitment to expanding the repertoire for guitar duo. Widely recognized as an influential ensemble both in the US and abroad, they perform a broad range of repertoire that spans baroque and classical works to Spanish and Latin American rhythms that showcases their diversity. The Duo’s discography of over 10 titles, including their most recent, The Book of Imaginary Beings (Music Masters Classics 1001) includes the world premiere recording of the Brouwer works on the program. Acoustic Guitar Magazine praised the Duo saying, “Newman & Oltman haven’t lost a beat after four decades together. This vinyl audiophile LP is yet another high-water mark for the outstanding New York–based duo.”

In addition to their phenomenal musicianship, they are dedicated to inspiring the next generation of guitar players through their many educational endeavors and are Directors of the New York Guitar Seminar at Mannes. They are founders and Artistic Directors of Raritan River Music, which has commissioned works for them from Lowell Liebermann, Pulitzer prize winner Paul Moravec and Augusta Read Thomas among others.