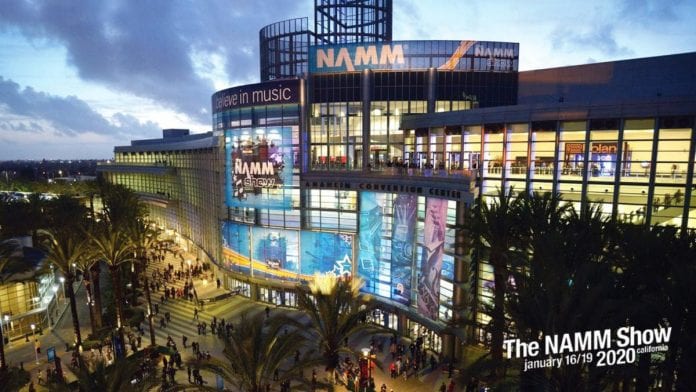 “Clear! Ker-thunk. Ok, she’s back. That’s weird, she’s smiling. It must be time to get up for another day at NAMM”. Paramedic defibrillator humor aside, Friday night was, let’s say…awe-some!

Ahh, Saturday at NAMM. Thinking about everything that’s happened the last few days makes you smile (or is that wincing?). Saturday is when the crowds fill the great convention center halls to their capacity. It’s also the time when you’ll see some of the biggest stars, ones everyone knows by name. Ask any NAMM veteran about what big names they’ve seen and/or met, and they’ll rattle off an impressive list. Something very special when you meet a “mega” is you realize that they’re human too. Talking with Dinah Gretsch about family, Sheila E about playing drums or MJ Juarez about making tortillas is very cool. You’re like, did I just have a semi-normal conversation with Orianthi? You have to check yourself. Saturday is when you feel the immense enthusiasm and passion people have for what NAMM has to offer.

“What happens at NAMM”

By now, you know the show map like the back of your hand, the event schedule is around somewhere, but your phone battery is completely dead after all the selfies and video you took last night. If you made it to the NAMM U breakfast this morning, it’s probably because you couldn’t figure out all those crazy buttons in the elevator to make it back to your room or you found that the lines were much shorter and the people at your table not as talkative as they’re still recovering from Thursday night’s NAMM Jam with Slash at the City National Grove

But, of course, the buzz going around is about the She Rocks Awards held at the House of Blues Friday night. What a spectacular evening hosted by Lyndsey Parker and Mindi Abair of live performances, heartfelt speeches, celebrities galore, an awesome silent auction and gift bags to boot!

The 2020 She Rocks Awards recipients is a most impressive group made up of:

A big round of applause to all the awards recipients, Laura Whitmore and the Women’s International Music Network.

“The buzz going around is…”

“What you can do at NAMM”

With the huge crowds, it’s not as easy to get around so you don’t want to over commit yourself to the same pace as the last few days. Make the necessary follow ups, exchange contact info from your newly made connections, and start thinking about your exit plan (ex. exactly when do I need to be at the airport?). Be thinking now before you leave NAMM of what you’ll be doing after you get home. It’s so much easier to reach back out to someone in person while you’re still at NAMM than later on when you’re in different parts of the country. Also, make a few notes of those brilliant ideas that were gushing out over drinks at the She Rocks Awards, you’ll thank yourself later. Last, but not least, revisit your original plan and come up with a new NAMM-charged plan. Already be thinking of next year because what you can do at NAMM is like nowhere else.

Because unlike another well-known place, what happens at NAMM, you want the world to know. 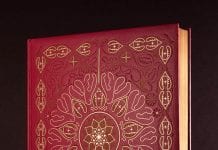