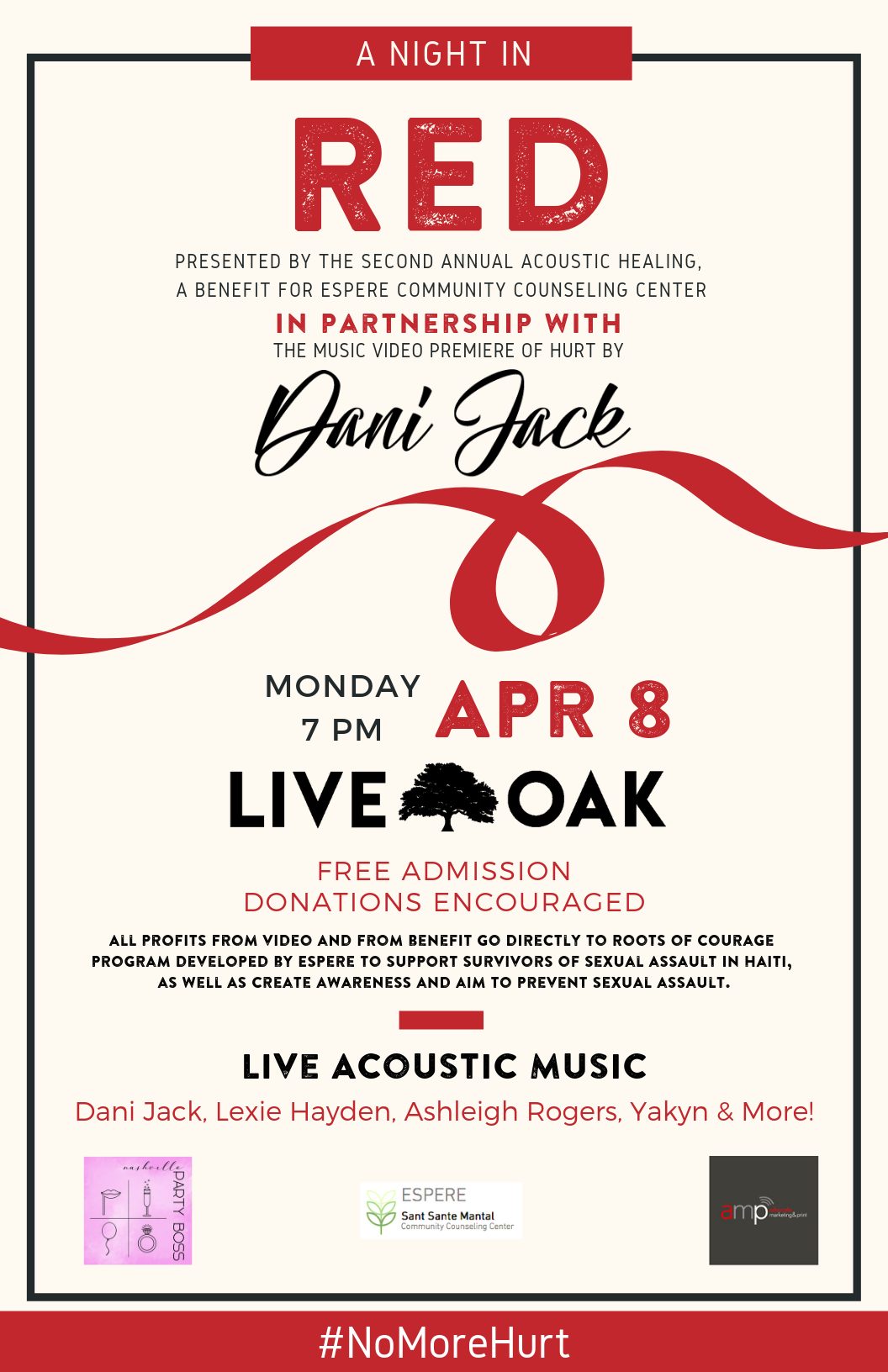 Nashville, Tenn. (March 27, 2019)-  Singer/songwriter Dani Jack has partnered with the Second Annual Acoustic Healing for A Night In Red, benefiting Espere Community Counseling Center Roots of Courage program. The event will take place on Monday, April 8, at 7:00 p.m.at Live Oak with a special performance by Dani Jack for the premiere of her music video“Hurt.” Joining her in the evening lineup will be Ashleigh Rogers, Cheaper Than a Movie, Yakyn, Lexie Hayden, Steven J. Push, and Mark Burke.
The first Tuesday in April is the SAAM (Sexual Assault Awareness Month) Day of Action and provides an opportunity for everyone to take action in preventing sexual violence. Join us for this powerful event as we help to raise public awareness and educate our community.

WHAT YOU NEED TO KNOW!