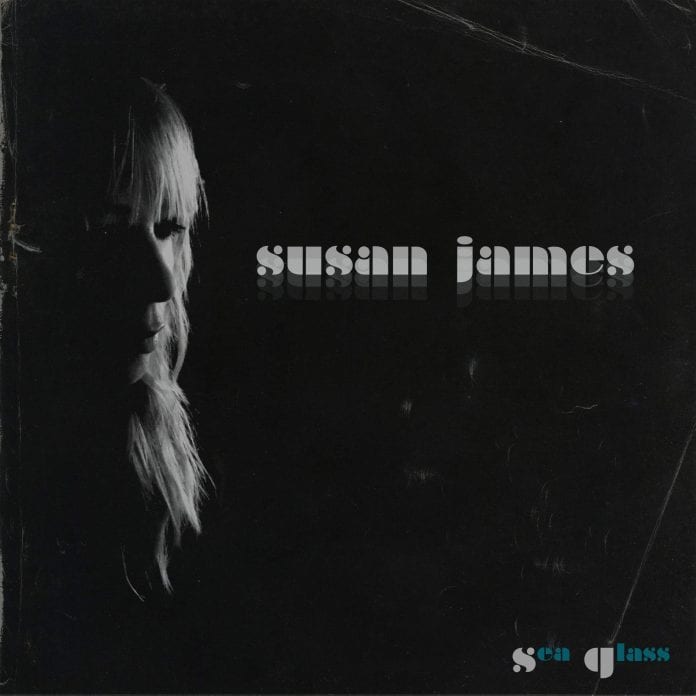 Set for release June 16 on Sunstone Records, and co-arranged by Sean O’Hagan (High Llamas, Stereolab, Super Furry Animals), the vocal and guitar driven tracks on Sea Glass give James’ music that down-to-earth folk familiarity. “Poseidon’s Daughter” is perhaps the best example of the typical folk elements on this album, the simple guitar driven melody brings to mind the likes of Jefferson Airplane.

But the post-modern aspect of her music is enlivened in a way reminiscent of the Beatles later in their career, and even in her carefree keyboard solos that channel the Beach Boys. For instance, “Hey Julianne” features the beautiful harmonization of the keyboard, tambourine, and James’ vocals. The song overflows with optimistic vibes, but if you listen closely there is more to the track than upbeat lightheartedness, pointing to the lyrical complexity of James’ music.

This is to say that while all of the songs on Sea Glass feature similar elements, that is they all draw from the same musical era, thematically James draws from a wide range of topics including environmentalism, introspective thought, natural disasters, mythology, and existentialism. The lyrics in each song are poetic, and James makes excellent use of poetic elements to create meaningful pauses, thoughtful messages, and moving metaphors.

With 11 tracks to choose from, there is lots to love on Sea Glass. Don’t forget to check her out on Facebook and Twitter.