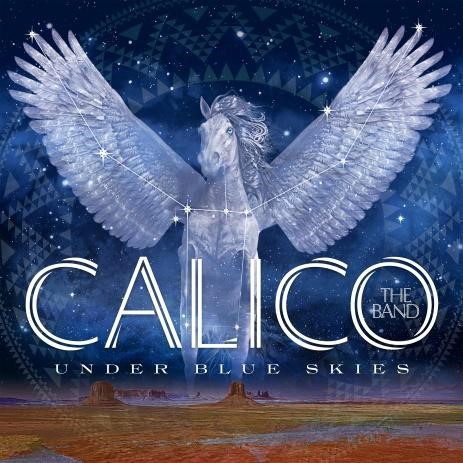 Calico the band is a California-based band; this beautiful golden state that they have thrived in has deeply penetrated their music and artistry, and it is apparent! Two kindred spirits, Manda Mosher and Kristen Proffit, power the group. The two graciously joined after following similar paths to fame in L.A. These artistic powerhouses created a band that not only resurrects the very foundation of Fleetwood Mac, but takes the entire Americana genre and shines it through their rose-colored lens. 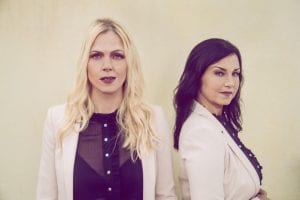 Calico the band released their first album, Rancho California, in 2014. This was the tip of the iceberg for the dynamic duo. Once they were able to break the ice, they began to write more sensitive and soul-felt works which shines in their latest album, Under Blue Skies. This album is absolutely possessing; the siren-esq. vocals of Proffit and Mosher blend beautifully with the twangy and steel guitars, while the drums truly pull the bass, mandolin and strings into an entrapping display of true Californian geniality.

Starting with “Fine line,” we get a playful taste of what the songwriters are made of. Their incorporation of the lyrics which illustrate the disillusionment of those wishing to pursue fame blend with the catchy guitar hook to create an opener that captivates the listener. After we see love songs of both negative (“Cold Cold Love”) and positive (“The 405”) quality, we are brought to “California Dreamin’.” This particular track puts a western spin on The Beach Boys. It is such a refreshing song to have mid-album. Even after this refreshment, we’re gifted with the enticing voice of Jason Charles Miller in the song “Free Man,” as Miller and the ladies spin the tale of two estranged lovers. Most albums make the mistake of having songs of extremely like songs throughout the album; not Calico the band. They mastered the art of song selection in Under Blue Skies.

As if that weren’t enough evidence of a potentially award winning album, we’re yet again given a new sound with “Into the Unknown.” This song takes a more serious turn as they sing of a man who has recently passed, and what his soul is questioning once he starts to “be brought into the unknown.” This particular song struck a chord within me; it speaks of a motorcycle crash victim. As someone with a good number of riders in my close circle, it solemnly seems to mourn and display exactly what that grief is like.

The album is closed with a cover of “The Lady of the Canyon.” This beauty of a tribute really ties the ribbon on the album. It pays homage to their roots, as they paint Joni Mitchell’s song through their colors.

Calico the band has indefinitely created a knockout in the release of Under Blue Skies! 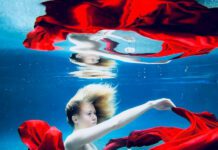 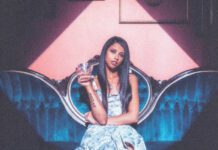